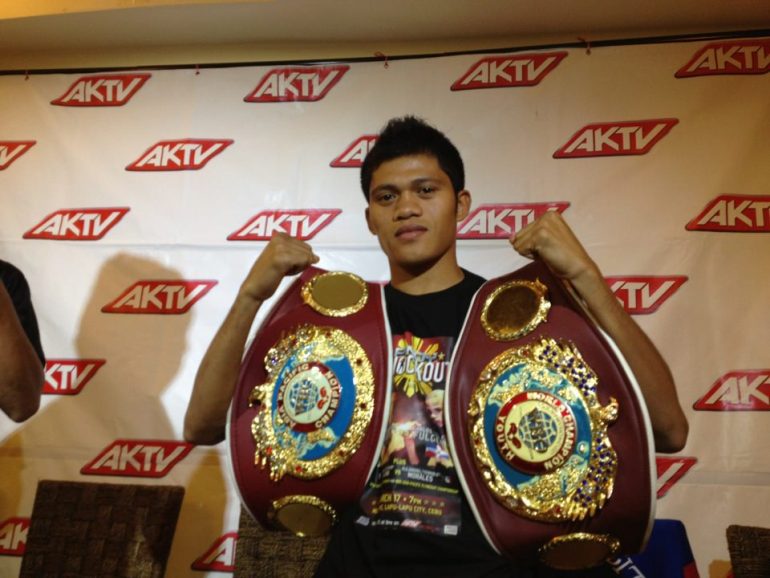 Whoever comes out of the upcoming Sho Kimura-Froilan Saludar WBO flyweight title fight next week already has a date with a formidable former champion awaiting them.

Kimura and Saludar, who will meet July 27 in Qingdao, China, will be fighting for one of the 112-pound world title belts, but also for the obligation to stand opposite former two-division champion and mandatory challenger Kosei Tanaka on September 24 in Nagoya, Japan.

Kenneth Rontal, promoter of the Philippines-based Saludar, tells THE RING Saludar is motivated by the mandatory obligation, as it would give him an opportunity to pay Tanaka back for his brother Vic Saludar’s 2015 sixth-round knockout defeat to the unbeaten Japanese fighter.

“Froilan is very eager for the September fight to avenge his brother’s loss,” said Rontal.

Kimura (16-1-2, 9 knockouts) is making his second defense of the belt he won a year earlier with an upset of Zou Shiming, while Froilan Saludar (28-2-1, 19 KOs), who like Kimura is 29, has won five straight and will fight for a world title for the first time.

Saludar is hoping to have the same fate as Vic Saludar earlier this month, when he defeated Ryuya Yamanaka to win the WBO strawweight title in Japan.

“Froilan is a boxer-counterpuncher, and Kimura is a fighter-brawler who loves to move forward. It will be easy to target for Saludar who is called the Sniper,” said Palacios.

Tanaka (11-0, 7 KOs) had previously held the WBO strawweight and junior flyweight titles, and defeated Ronnie Baldonado by ninth round technical knockout in March in his flyweight debut.

The Saludar camp concluded sparring on Wednesday in General Santos City, Philippines and will leave Friday for Manila to train two days at the Penalosa Boxing Gym in Cubao (which is in the shadows of the Araneta Coliseum, site of the Thrilla in Manila) before heading to China on Monday.

Vic Saludar won’t be making the trip with them as he’s currently resting with his family.

“Two brothers, both challengers to capture world title  (in the) same month, same year. It will be great for the Philippines and also for the team and our family,” said Palacios.