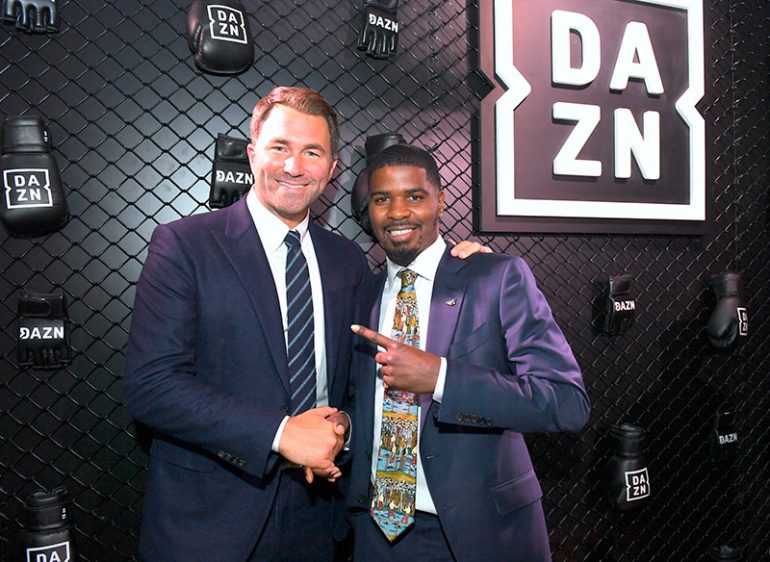 Eddie Hearn barked at anyone who would listen.

Armed with a treasure trove of cash, the British promoter was invading the U.S. and coming for the best promotional free agents. Deontay Wilder, Mikey Garcia, Keith Thurman, Errol Spence, Jermall Charlo and Jermell Charlo, who are advised by Al Haymon but still free to sign a contract with Hearn if they so please, would be courted to fight on his new streaming service, DAZN.

Broner publicly denied Hearn’s advances and shared an email outlining a three-fight deal on the table that would pay him $6.75 million in total. Broner called it a “slave deal,” but make no mistake, it was a nice offer from Hearn.

The Charlo twins didn’t share the details, but they, too, said they would need far more money to be enticed to jump from Showtime. Hearn boasted $1 billion to play around with over the life of the eight-year deal, though he has effectively two years to make DAZN successful; there’s an option following Year 2.

What Hearn revealed Tuesday at a news conference in New York was anything but the big splash he promised. Instead of the aforementioned fighters he sought, Hearn settled for a group who at this juncture are more accustomed to fighting in co-features rather than headlining.

He signed some good fighters, no doubt, but the initial offering of American boxers signed to compete on the DAZN is underwhelming, and a far cry from the elite level of athletes he sought to attract. Hearn promised he would take over boxing in the U.S., and it’s no going to happen with this stable.

There’s no one on the pound-for-pound list; no household names in the U.S. Sure, it’s far from over, and there’s still plenty of time for Hearn to gobble up some of the names he desired. But two months ahead of DAZN’s U.S. launch on September 10, there’s still much work to be done. 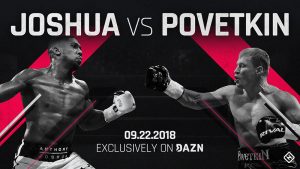 The first fight is a tremendous kick off for the platform. Anthony Joshua is the No. 1 heavyweight in the world, and while fans are hoping for a unification showdown with Deontay Wilder, the Brit’s fight against Alexander Povetkin is a worthy bout, too.

Joshua’s last six bouts have been broadcast by American premium network Showtime, but now, the heavyweight champion will fight on DAZN. His September 22 bout with Povetkin will also be free to U.S. subscribers since DAZN offer’s a one-month trial before subscribers are charged $9.99 a month.

“It’s a new era for broadcasting,” Joshua said. “Everything we do is always refreshing and new, so it was only right we be part of this.”

If subscribers stick along for the ride, there’s two boxing shows on the schedule for October. Hearn’s first card to emanate from the U.S. and be streamed on DAZN will take place October 6 in Chicago. Jessie Vargas, the former two-division titleholder, was revealed as a new member of the Matchroom Boxing stable on Tuesday, and he’ll headline that card. 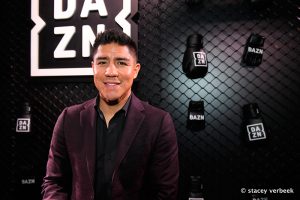 Vargas is a nice signing. He has plenty of charisma, is a good fighter, and competes in boxing’s best weight class: welterweight. The Las Vegas native is coming off a draw with Broner, and there was talk of a rematch. Just whom Vargas will fight in the October 6 main event is a question mark and there’s reason to be concerned.

Because for all of the fighters Hearn signed, who will be the opponents? When Al Haymon launched Premier Boxing Champions in 2015, he signed a slew of B-level fighters to act as foes. With so many fighters aligned with either Haymon/Showtime, Top Rank/ESPN+ or even with HBO, a sport that’s already fractured will become even more segregated. And Hearn will have to compete with those same promoters and network for the hard-earned cash of fight fans who are being asked to shell out more money than ever.

Want the Showtime app? That’s $11 a month. ESPN+? Another $4.99. To watch live fights on HBO, you need a cable subscription, and let’s not forget about the $70-plus fans will be asked to spend to watch Canelo Alvarez and Gennady Golovkin mix it up again in September.

So Hearn will have to deliver, and fast.

Andrade could end up being the best addition of all. He’s been woefully inactive, but the former junior middleweight titleholder is ultra-talented and has a real chance to reach the pound-for-pound list if he puts it all together. The middleweight contender is in line for a shot at Billy Joe Saunders’ title, but it’s more likely he’ll pass up the opportunity while he works off the rust against lesser opponents. He, too, will fight on October 6 against an opponent to be determined.

Add “Big Baby” Miller, the loud-mouthed heavyweight contender to the list of boxers who will compete on that show. He got into a tiff with Joshua on the stage, and is on the short list to challenge the champ in the future. To bring Miller over to DAZN, Hearn is working out a co-promotional deal with Greg Cohen and Dmitry Salita.

It was announced by Hearn weeks ago that Beterbiev would defend his light heavyweight title against Callum Johnson on that same date. Hearn is working alongside Yvon Michel, the Canadian promoter who recently defeated Beterbiev in court. The Russian puncher is a tantalizing talent, and he’s another nice addition to the stable. Unified women’s lightweight titleholder Katie Taylor will compete in Chicago as well.

Even if Hearn needs a few big American names, he should be commended for stacking his cards. It’s rare to see so many top-10 fighters in separate bouts on a card, and each one of them will be streamed on DAZN. 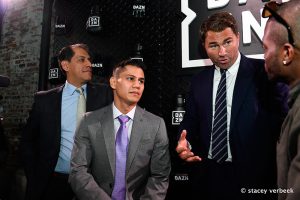 Roman, who Hearn is now co-promoting with Thompson Boxing, will headline the October 20 card in Los Angeles in a junior featherweight title fight against Gavin McDonnell. Hearn also hopes to stage Hooker’s mandatory junior welterweight title defense against all-action slugger Alex Saucedo on that bill, but Top Rank will have its say, too. To bring Hooker over to DAZN, Hearn worked out a partnership with Roc Nation Sports.

For boxing to flourish on DAZN, Hearn will not only need many more fighters, but also some far bigger names. Maybe some of the Haymon guys he tried to woo will finally be fed up with inactivity and jump ship next year. There’s also middleweight contender Daniel Jacobs, whom Hearn already promotes. He fights on HBO this fall in a title fight against Sergey Derevyanchenko, but after that, it would hardly be a surprise to see him on DAZN.

And so far, that isn’t the case.