And now the question of the day: Who’s next for Manny Pacquiao? 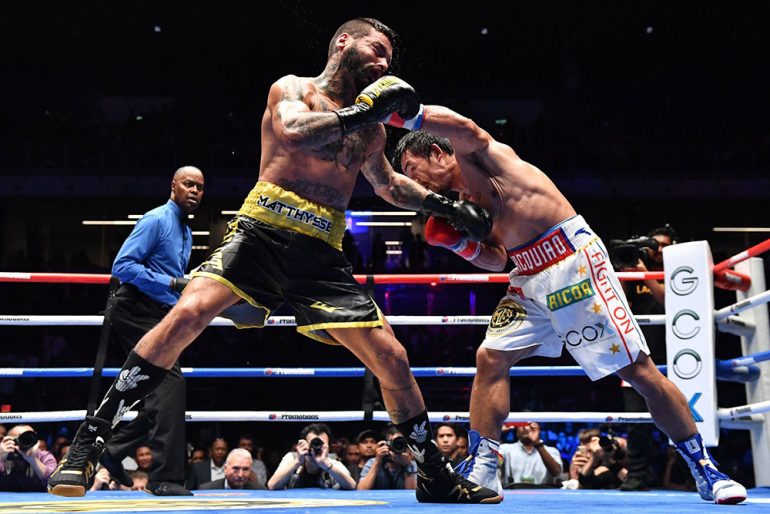 He is either back to the “old” Manny, reborn after some time off and a reset in his training regimen and personnel, or a recipient of stellar matchmaking, someone who took full advantage of a foe’s weaknesses.

Maybe, as usual, the truth is found closer to the middle than at either pole.

Manny Pacquiao did indeed look crisper, sharper, better in Malaysia against Lucas Matthysse than he did in July 2017 against Jeff Horn. And we do think a change in regimen, an embrace of old doughy buddy Buboy, helped Manny mentally, in that it helped him hit a mental reset button. Many of us do need that periodically as we march through life and find ourselves faced with new obstacles that circumstance throws at us, often because of the inevitable decline of the vessel, propelled by aging. 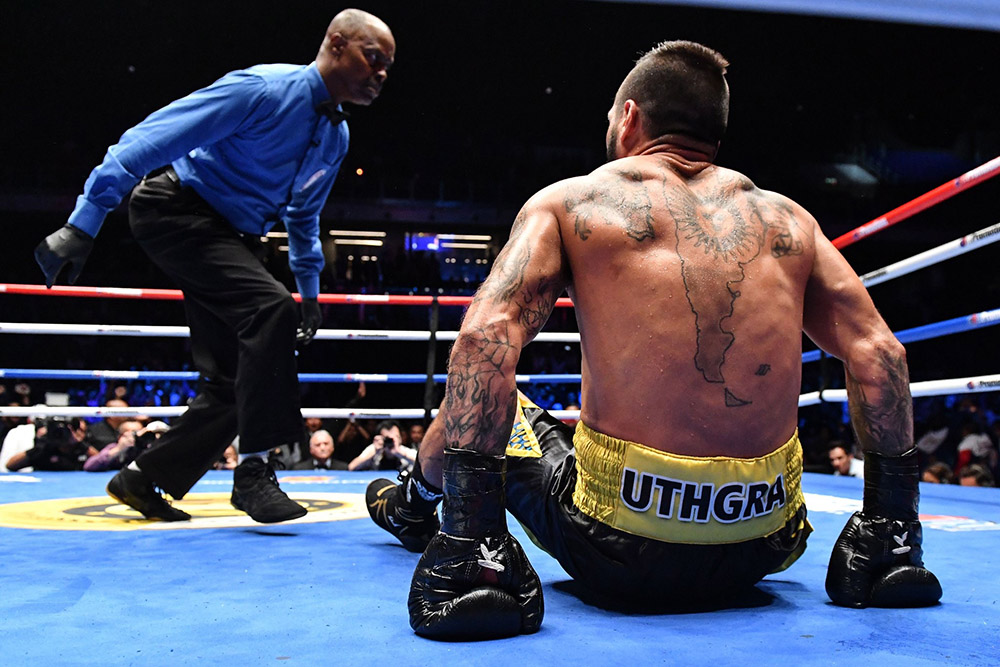 And Matthysse, yes, he’s not the “old” Matthysse; he looked like a kind of “old” Matthysse, same as he did in his previous fight, until he dipped down deep into his bag and summoned a power surge to stop overmatched Tewa Kiram. This style of fight, against a man with legs past their sell-by date, suited Manny much more than the fresh grinder Horn.

Anyway, all this analysis will pop up, to a degree, as we ponder what’s next for Pacman. To a degree. A couple months from now, the Boxrec result will be more the focus, rather than the particulars on how that came about.

Right after Manny won, some hands shot up among persons volunteering to enter into combat with the 39-year-old senator. Brian McIntyre, trainer and adviser to Terence “Bud” Crawford, the pound-for-pound ace now warring in the welterweight ranks, said he’d love to see a Pacman-Crawford scrap.

“Fight Crawford for the big money fight,” Mac stated to me a little bit after Manny had his hand raised in Malaysia.

He did look good, eh?

“He looked good enough to give Crawford problems,” Macintyre said. Maybe, maybe not. Twitter smarts will be saying naw, Crawford is a different animal than Matthysse; his freshness and fierceness will prove to be humbling to Manny and send the senator closer to the boxing retirement zone.

Someone who will likely have a say in the matter is Top Rank bossman Bob Arum. Manny Pacquiao Promotions handled most of the Malaysia deal, and on the surface, from the outside, it looked like it went OK. But the nitty gritty deets, all that stuff that can only be learned by being in this very distinct arena, we don’t know how those elements were handled. We’d not be surprised if Team Manny acknowledges that this promotion stuff is harder, in a different way, than the fighting, and they come back to Arum and get back on the same promotional page that has been working to fine effect for decades.

So, Bob, would you like to make a Pacquiao versus Crawford fight?

“Bud or Lomachenko,” Arum told me on Sunday afternoon.

Your thoughts, readers? Is the “smaller” Lomachenko a better bet for Manny, better suited to where his skill set is now? Or would he be better off staying closer to welterweight and meeting Bud on that playing field? Both Bud and Loma are sublime operators, so he’d be the underdog against either, no?