Charles Conwell hopes to steal the show on Prograis-Velasco card 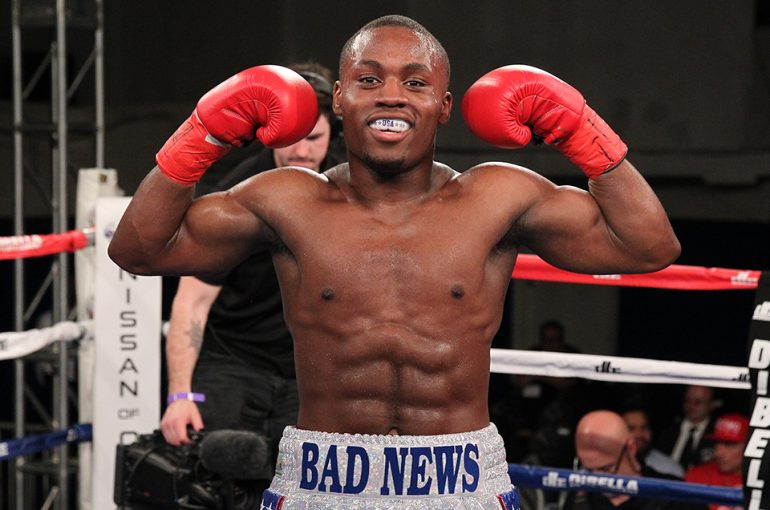 Charles Conwell, who represented the United States at the 2016 Olympics in Rio de Janeiro, will fight in front of a national audience as he takes on Travis Scott in a scheduled eight-round bout on the Regis Prograis-Juan Jose Velasco undercard on Saturday in New Orleans. ESPN will broadcast the main event at 7 p.m. ET, while the live undercard will begin at 4:30 on ESPN’s new streaming service, ESPN+.

After losing to Vikas Krishan Yadav of India in the opening round of the Olympic Games, Conwell (7-0, 5 knockouts) is off to a fast start since turning pro in April 2017. In his most recent outing, Conwell won a six-round unanimous decision over Juan Jesus Rivera in March, which was broadcast live on Showtime as part of the “Shobox: The New Generation” series.

“I’m happy to be able to broadcast my talent all across the world, thanks to ESPN,” Conwell told RingTV.com. “I have been waiting for this opportunity to fight again on TV and can’t wait to show off my skills.”

The 20-year-old Conwell, who has traveled from his native Cleveland, will potentially be in enemy territory facing Scott, as the former Marine hails from nearby Baton Rouge.

“I look at it as extra motivation because he is fighting at home,” Conwell said. “It actually will give me more of a push in the ring and I will try to make his fans my new fans.”

The junior middleweight prospect believes if his game plan to bring the fight to Scott works, that it will go a long way in continuing to build his fan base, which is what promoter Lou DiBella first saw in Conwell when he signed him. DiBella said at the time that he believed Conwell and fellow Olympian Shakur Stevenson were the best fighters in the 2016 class.

“That was just crazy to me when I first heard it,” Conwell recalls. “Lou has promoted hundred of fighters and hundreds of great fights, so for him to say that about me really means all the hard work I put in the gym is paying off.”

Although Conwell wishes he was more active, he also believes he is exactly where should be at this stage of his career, fighting on big shows and on nationally televised cards thanks to DiBella.

“Lou really showed interest in me and it was him who called me personally,” Conwell said. “Lou and his team made me feel welcome and they had a plan for me from the start, and now the plan is coming to reality.”

Conwell remembers the feeling of disappointment when he suffered the early loss in the Olympic Games, but credits his family and team for helping him overcome the setback and focus on the future.

“It’s very important to have a solid foundation back home,” Connwell explains. “It was a learning experience for me and I learned the importance of staying calm before fights. I have to always remain focused and be in the right mindset, and then it will all work out.”

Conwell says he enjoys the different pace of the pro ranks as opposed to the frantic pace of amateur fights, which usually end in a blur.

“The fight slows down in the pros, which suits me fine,” Conwell said. “The rounds are longer and it allows you to think more and set up your shots. I have already seen how I can break down my opponents as a pro in a different way than as an amateur.”

Conwell believes Scott won’t be around to see the final bell on Saturday, because his team has prepared him for the opportunity to make a statement while on a large stage. Conwell makes it a point to remain low key and do his talking in the ring as opposed to social media like other fighters his age.

“The people around me have helped me stay grounded,” Conwell said. “I follow the example of guys who came before me and stay humble.”

Ohio has been producing a series of world champions in recent years, such as Shawn Porter, Adrien Broner and Robert Easter. Conwell hopes Saturday will be just another step toward adding his name to the list.