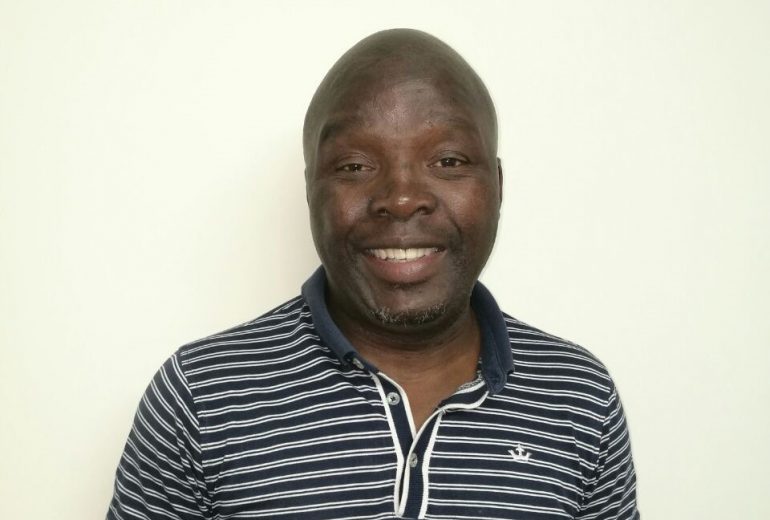 Lehlo Ledwaba was widely recognized as one of the best junior featherweights in the world in the late 1990s-early 2000s. During this time the South African puncher held the IBF belt and made five successful defenses.

Lehlohonolo Ledwaba was born at his grandparents’ home in Meadowlands, Soweto, South Africa on July 27, 1971. Growing up in a township was unsurprisingly tough for the Ledwaba family.

“I come from a very disadvantaged place,” Ledwaba told The Ring. “I was brought up by a single parent. Even though my father was around, he never got married to my mum. She didn’t earn that much a week – for me it wasn’t that easy.”

Ledwaba’s uncle Simon was an amateur boxer. He first introduced the youngster to boxing when he was around eight years old. That helped cultivate his interest.

“I worked hard to make sure I bettered my lifestyle. (I wanted to help) my brother, two sisters and my mother. To make sure I [could one day] buy my mum a house,” remembers Ledwaba.

The South African embarked on a successful amateur career. He had many amateur fights but only started to record them in 1987. During this time he went an impressive 79-3. Ledwaba won a national junior title before spending a year on the senior circuit where he won another national title.

“I had a number of fights. It was during the time things were still bad in South Africa,” recalled the former titleholder. “Opportunities were still closed for us [because of apartheid] to compete [internationally].” 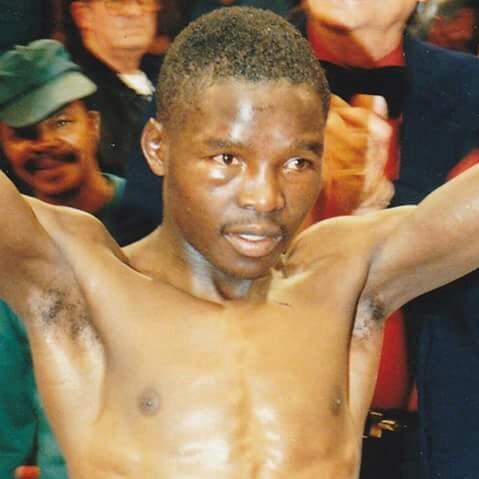 In October 1990, Ledwaba turned professional. He moved steadily through the ranks, winning Transvaal and South African national titles. He also won a fringe title belt which helped him gain further attention on the world stage.

In the summer of 1998, Ledwaba won a 12-round unanimous decision against tough Filipino Arnel Barotillo in an IBF title eliminator. Shortly thereafter, fellow South African and stablemate Vuyani Bungu agreed to face Britain’s Naseem Hamed at featherweight and his IBF 122-pound title was declared vacant.

Golden Gloves Promoter Rodney Berman seized the moment and matched Ledwaba with John Michael Johnson for the belt in May 1999. Ledwaba won a hard-fought 12-round unanimous decision.

“That was great – a breakthrough – winning a credible world title,” said Ledwaba of his proudest moment. “Winning my IBF title was great. That changed almost everything. Even the money was much better.”

From there, Ledwaba defeated Ernesto Grey, Barotillo in a rematch and the iron-jawed Mexican Carlos Contreras. During this time, the new champion received plaudits for defending his title on the road in the U.K and U.S.

Ledwaba’s coming out party was set to be on the undercard of the Javier Castillejo-Oscar De La Hoya card in Las Vegas in June 2001. The opponent was to be Enrique Sanchez, however, two weeks before the fight the Mexican contender was injured and a replacement was required.

The assignment was given to an unknown Filipino who had previously held a world title at flyweight and who would be making his American debut – Manny Pacquiao. The young challenger was on fire, blitzing his hapless opponent in six-one-sided rounds.

“I went to the States to fight a different opponent (who) was orthodox,” said Ledwaba. “I was told he was hurt and they found Manny to replace him. I did not know Manny was a southpaw. Southpaws you need to prepare well for, especially to defend your title.

“I tried almost everything. I’m a boxer who used to think. I always tried to outwork an opponent, but it was totally different against Manny. Firstly, I was flat-footed, but he was on his toes all the time, so he was hard to hit. I couldn’t nail him. He’d jump in and throw his punches, it was tough.

“Pacquiao wasn’t known in the U.S until he fought me. At that time, I was at the peak of my career. I was regarded as one of the best junior featherweights around. For Manny to beat me was a breakthrough, so I would say I introduced him as far as America is concerned.”

Berman admits he’d never heard of Pacquiao and that the fight was mandated by the IBF.

“Pacquiao was a youngster and we had no say on the opponent,” said the veteran promoter. “I’d never have taken a fighter of Pacquiao’s ability had we known – he was an unknown at that stage. I think Ledwaba lost all his motivation after that fight.

“Ledwaba was a great fighter. He was definitely among the South African elite with Welcome Ncita, Vuyani Bungu etc. He was an all-rounder, he could punch and he had charisma – he was all encompassing.” 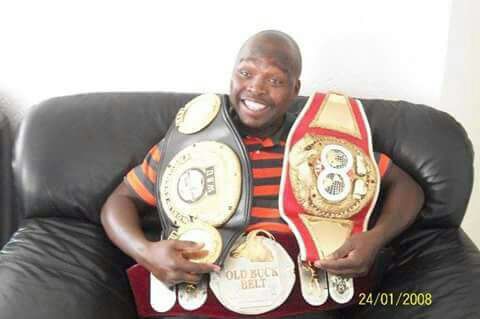 The weary ex-champion returned home to lick his wounds. Although he fought sparingly over the next five years with some success, including a victory over Bungu, he never returned to world level and retired in the fall of 2006. Ledwaba walked away from boxing happy with what he had achieved.

“I worked hard and managed to reach the level I did,” he said proudly. “Buying my mom a house was my goal. I was happy because now I have a place I can call home.”

The 46-year-old Ledwaba is married and has two children. He lives in Johannesburg and is still involved in boxing as a trainer and manager. Along with two-weight world titleholder Dingaan Thobela and former contender Jan Bergman, they have opened a promotional company called TLB Promotions.

Ledwaba graciously took time to speak to THE RING about the best he faced in 10 key categories.

BEST DEFENSE
ALVAREZ:
The very same opponent again. For me to get in I had to do certain things, as in maybe I’m making a mistake, like I’m selling myself to him. He would come, then I was able to attack him and land my punches.

FASTEST HANDS
MANNY PACQUIAO: Ernesto Grey had very fast hands. Manny Pacquiao as well. The fastest was Manny, he was forever busy. He threw so many punches and would throw from all angles. As a southpaw they would land without me seeing them.

BEST FOOTWORK
ERNESTO GREY: Ernesto Gray fought Bungu and lost but it was a very controversial decision. I was thrown in the lion’s den. I always had it in my head that he performed very well against Bungu. In that fight I was a bit tense, he was a balanced boxer who moved very easily trying to avoid my punches.

BEST CHIN
JOHN MICHEAL JOHNSON: Carlos Contreras from Mexico. I tested him many times but he was forever in front of me. John Michael Johnson also had a strong chin. He’s above Contreras, I hit him with everything and he didn’t go anywhere.

SMARTEST
PACQUIAO: Firstly, his southpaw stance made things very easy for him to fight me. Whatever I tried to do, he’d move, jump out, come in and then I’d miss and his punches would land. It was like I was fighting to survive after round two.

STRONGEST
PACQUIAO: I would pick Manny. I could feel he was the strongest and he was a hard puncher.

BEST PUNCHER
PACQUIAO: When he hit me he hurt me. When he hit me it was different from anyone else. In that fight I was fighting to survive. I just decided I’m getting hurt, the best thing for me is to just retire.

BOXING SKILLS
PACQUIAO: Ernesto Grey had good boxing skills. Eduardo Alvarez also had very good skill; he would fight more of a defensive style and throw back at me – he was a counterpuncher. Vuyani Bungu was always super-fit, he had skill but power-wise I can’t match him with the others. He had endurance and was a boxer who had a good defense. I would pick Ernesto Grey and Pacquiao – Pacquiao for punching power and strength.

BEST OVERALL
PACQUIAO: I believe I met him at his peak, even though at that time he wasn’t known. He was accurate with his punches, his movement, he’d jump in and out, move around, run away, he comes in at difficult angles, he’d circle around you. One time he’d be this side, the next, he’d be on the other side.