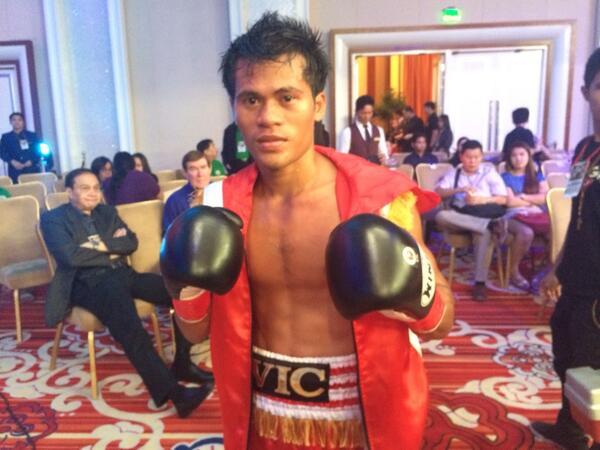 The biggest win for a Filipino fighter this week may have just happened thousands of miles away from Malaysia.

Vic Saludar made good in his second world title opportunity, defeating Ryuya Yamanaka by unanimous decision Friday at the Central Gym in Kobe, Japan to win the WBO strawweight title.

“(I’m very happy) because I got the title belt in the hometown of Yamanaka,” the 27-year-old Saludar tells The Ring.

Saludar of Polomolok, Philippines had nearly lifted a world title three years ago, when he led on all three cards after five rounds against Kosei Tanaka before being knocked out on a body shot. This time, Saludar closed the show in Yamanaka’s second title defense.

The first hints of an upset came in the fourth round, when the heavier punches of Saludar began to move Yamanaka around the ring. Yamanaka switched approaches in the sixth, opting instead to pressure Saludar and work his body. Yamanaka’s aggression left him in range the following round, when a right hand dropped him for the fight’s only knockdown. It was apparent how hurt Yamanaka was as he went down to the canvas two more times in the round, but both were ruled slips.

Prior to turning pro in 2013, Saludar had been one of the Philippines’ top amateurs, earning bronze at the 2010 Asian Games,