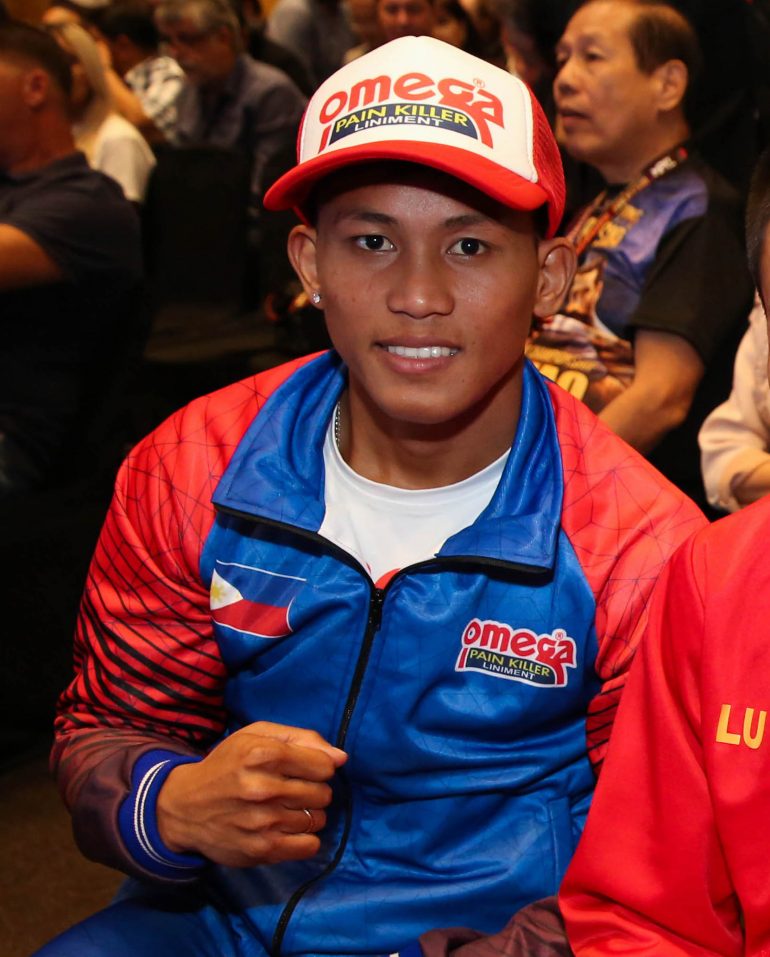 The slot on a card right before Manny Pacquiao takes the ring is prime real estate for a Filipino boxer to occupy. A year ago, IBF junior bantamweight titlist Jerwin Ancajas got that honor, walking out before thousands of fans at Suncorp Stadium, in Brisbane, and, soon after, became a household name in his country.

Not only will his fight be seen on all three major direct-to-air television stations in the Philippines – ABS-CBN, GMA and ESPN 5 – but his fight is the only one other than the Pacquiao-Lucas Matthysse fight announced for broadcast on the ESPN+ app in the United States.

It’s a big boost in attention for the 25-year-old featherweight Tepora (21-0, 16 knockouts), a former Philippine national amateur team member, who survived childhood poverty by collecting trash on the side of the road for about 60 cents a day.

Tepora, one of the best young contenders in the country, has mostly flown under the radar since turning pro in 2012. His lone prior international exposure, as a pro, was in his most recent fight in September of 2017, when he knocked out Lusanda Komanisi in two rounds in South Africa.

The showcase opportunity came about after Omega cut a co-promotion deal with MP Promotions. Tepora, along with Omega stablemates Christian Araneta and Tomjun Mangubat, joined Pacquiao for the last week of camp in General Santos City.

MP Promotions matchmaker Sean Gibbons, who first got a look at Tepora, in his eighth fight on the undercard of a John Riel Casimero title defense, in 2013, said Pacquiao asked him who the best available Filipino was to put on his card. The name he came up with was the southpaw from Cebu City.

“I think Jhack is the real deal and can be a champion,” said Gibbons. “He just needs that opportunity to let the genie out of the bottle.”

Ortega (26-1, 12 KOs), a 28-year-old lefty, has beaten a number of names on the downslide, like Juan Carlos Sanchez Jr. and Drian Francisco, and has won two straight since his lone defeat, a unanimous decision to Eduardo Ramirez in 2016.

Ortega is a come-forward banger without a big punch, a style which should play right into the hands of the heavy-handed boxer-puncher Tepora.

At stake in the 12-rounder will be an “interim” WBA belt (unrecognized by The Ring) but the real prize will be if Tepora can make an impression with much of the boxing world turning its attention to Southeast Asia.

“I believe it is easy work for Jhack but anything can happen in the ring. I’d like to believe that he can knock him out cold but Ortega is not an opponent we’re taking lightly,” said Castillo, who hopes a win can earn Tepora a shot against WBA featherweight titleholder Leo Santa Cruz.

“I’m hoping for (Tepora) to outbox him a few rounds, showcase his skills and knock him out, so that the whole world can see that he is ready for big fights.”

Aside from Pacquiao and Tepora, there are five other Filipino fighters on the card.