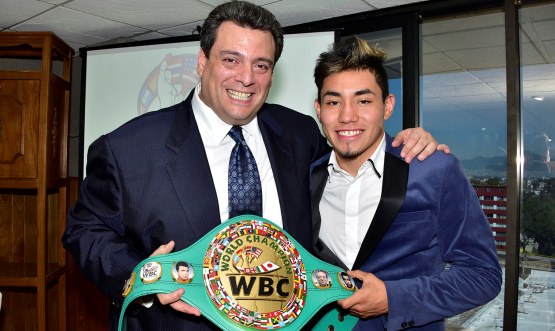 The most difficult opponent thus far in the professional career of Eduardo Hernandez has not been any of those he has faced in the ring but a bullet he took earlier this year.

However, despite that horrendous setback, Hernandez has made a successful return to the ring and is now positioning himself for a world title opportunity.

Hernandez will face Marlyn Cabrera of the Dominican Republic Saturday night at the Arena Coliseo in Mexico City. The 10-round junior lightweight bout will air live throughout Mexico on Televisa.

The 20-year-old Hernandez (25-0, 22 knockouts) will be fighting once again in his hometown before a growing fanbase. He last appeared at the famed Arena Coliseo in October 2016, knocking out former WBC junior featherweight titleholder Victor Terrazas in the second round.

Hernandez’s professional rise was almost fatally interrupted on Jan. 26 when two men attempted to carjack the young pro. Following a struggle, one of the men pulled out a handgun and shot Hernandez in the lower back. The Mexico City native was rushed to a local hospital where a bullet was removed.

After recuperating, Hernandez returned to the ring on May 26, stopping former junior featherweight contender Drian Francisco in two rounds. He has now won his last 19 bouts by knockout and is ranked No. 3 by the WBC.

Cabrera’s other notable bout was a second-round knockout loss to Javier Fortuna in September 2016.

Flyweight contender Juan Hernandez was scheduled to return on Saturday’s card, but his fight was scratched when a health problem occurred during the final days of training camp.