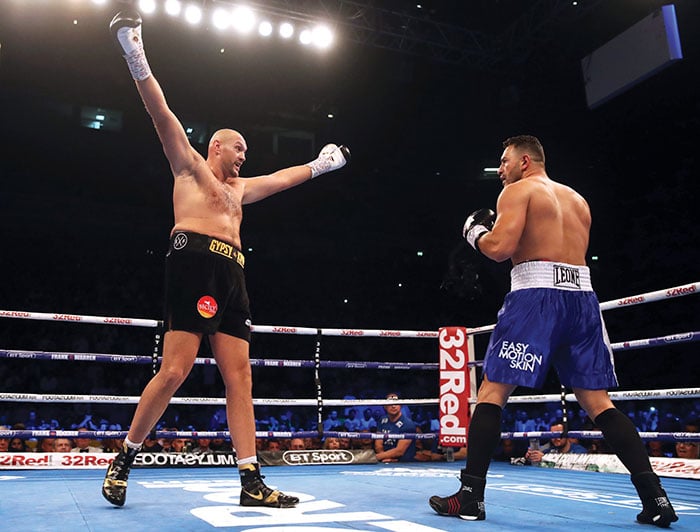 Well, at least it’s an upgrade.

Former heavyweight champion of the world Tyson Fury will face Italy’s Francesco Pianeta in his second comeback fight on August 18 in Belfast.

Last month, the unbeaten Fury (26-0, 12 knockouts) ended a two-and-a-half-year layoff when he stopped the unheralded Sefer Seferi on his stool at the end of four rounds.

Pianeta (35-4-1, 21 KOs) is far from distinguished, but he has mixed with better competition. The 33-year-old southpaw, who is based in Germany, was stopped in six rounds by Wladimir Klitschko in a 2013 world title bout and Ruslan Chagaev knocked him out in one.

Close inspection of Pianeta’s record reveals that his most notable victory is probably an eighth-round stoppage of Matt Skelton in a European title bout in 2009.

“The Seferi fight is history and Pianeta is a far better operator than him,” said promoter Frank Warren. “His level of opposition tells you that. Tyson had been out of boxing for a long time and Pianeta is a good opponent for what is Tyson’s second fight back after his break.

“Tyson had a short rest after Seferi but is back in full-time camp ready for this challenge in Belfast. He needs rounds under his belt before moving on to the next level and this fight will do that and make him work for his win.”