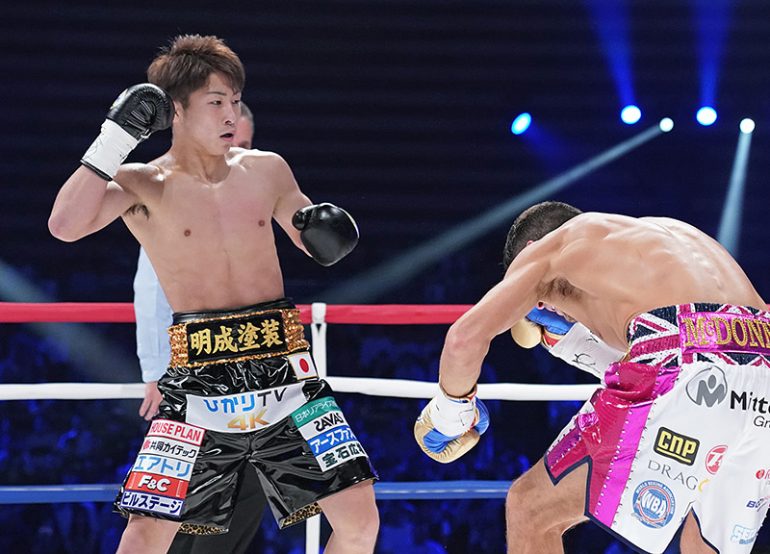 It’s long been known that Naoya Inoue would enter the World Boxing Super Series’ 118-pound field, but on Tuesday, it was made official.

Immediately, The Monster is the hands-down favorite to emerge from the bantamweight tourney with three victories and the Muhammad Ali trophy. The 25-year-old Japan native has competed just once at the weight class, but he easily took care of business with a first-round knockout of Jamie McDonnell.

Now, he’s brimming with confidence that his success will carry over into the fall.

“Of course I will win and as the winner of the tournament, I will continue onto the next journey of my boxing career,” said Inoue, The Ring’s No. 5 pound-for-pound fighter. “It is an honor to be able to participate and compete in such a great tournament.”

Inoue (16-0, 14 knockouts) has already claimed titles in two weight classes, but he’ll have the opportunity to add to his collection during the tournament. The division’s three titleholders — Zolani Tete, Emmanuel Rodriguez and Ryan Burnett — are all in the tournament.

If Inoue wins the whole thing, as expected, he’ll have those three belts around his waist in addition to The Ring’s bantamweight champion, which is currently vacant. A fight between Tete, who is currently rated No. 1 by The Ring, and Inoue, the No. 2 fighter at 118 pounds, would crown a new champion.

But even if Tete is upset before he meets Inoue, there’s no doubt that The Ring title will be on the line in the final.

“We are thrilled to have Inoue on board Season II’s amazing bantamweight tournament,” said promoter Kalle Sauerland. “His stage name ‘The Monster’ has proved fitting; Inoue is an extremely exciting fighter and possesses absolutely extraordinary power.”

“Inoue has become one of the biggest idols in his native Japan and now gets the chance to showcase his skills in the Ali Trophy tournament, the greatest stage of all.”