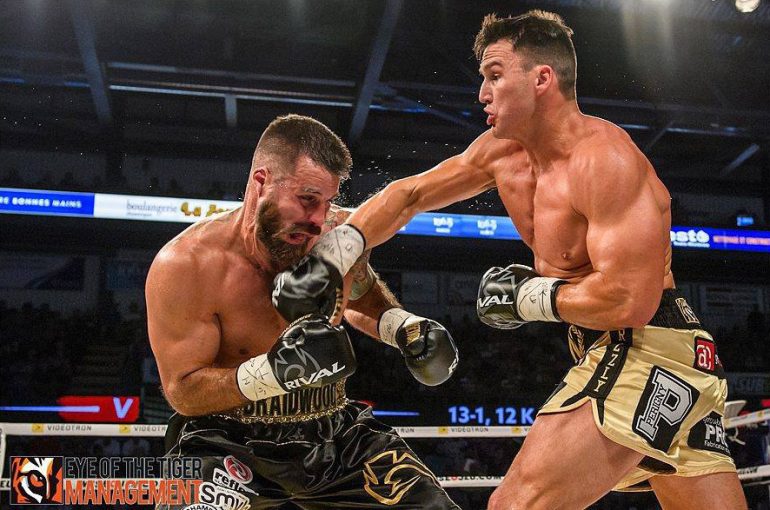 Canada has been in the news in the U.S. more than usual lately as reports touching on the relationship between America and it’s up-north neighbor have been bandied about.

President Trump has used sharp language regarding Canada, and bemoaned what he feels are trading inequalities between the nations. It’s not a familiar terrain, as the two parties have seldom had more than a very occasional tiff.

One wonders, are the two powers destined to get deeper into acrimony? Might our long-standing spell of calm and mutual respect be broken? Will we be seeing a new era in the rivalry realm, and see America versus Canada pop up as a marketing element within the sweet science?

I doubt it. I haven’t seen any uptick in anti-Canadian sentiment, haven’t seen or heard citizens hop on a bandwagon and demean Canada or threaten boycotts of their products. 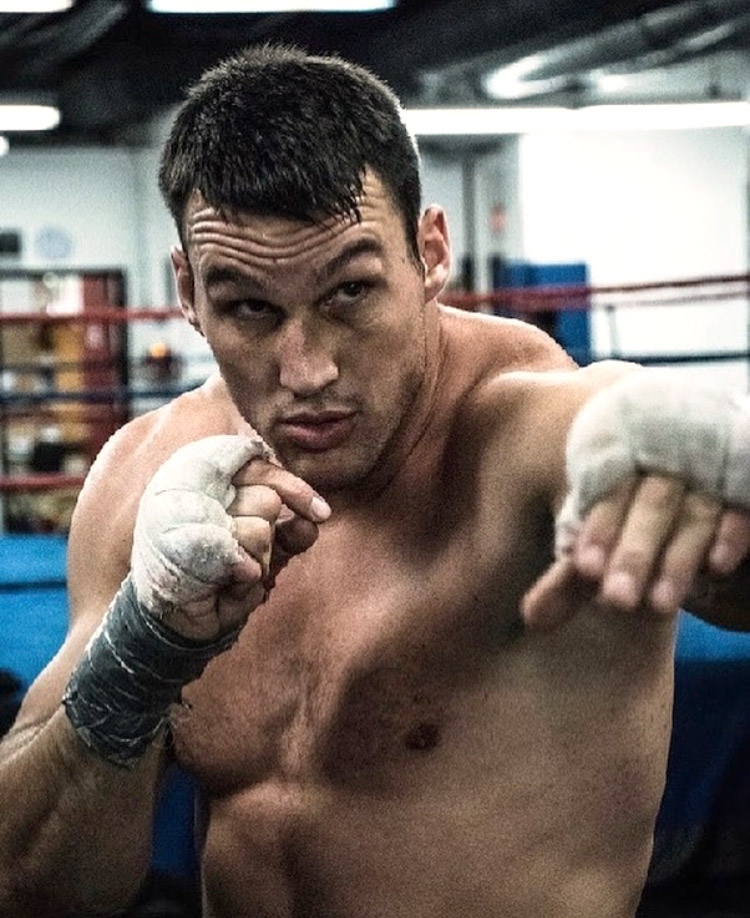 So I wouldn’t expect Canada’s 15-0 (14 KOs) heavyweight hopeful, Simon Kean, to enter a face-off with an American prospect pitched as an international grudge match. But I am hearing a bit off buzz about the Quebec resident Kean, who took part in the 2012 Olympics and is currently on the Eye of the Tiger managerial roster.

So I reached out to get a better sense of his place in the sport and to try and figure out if he’s someone who should be on my short list of heavyweight prospects who should be monitored closely because they are destined to keep moving up the ladder and take part in meaningful scraps on grand stages.

The 29-year-old spoke decent English on the phone, but I did have to repeat a few questions to him and re-phrase a couple times so I could get my point across. And I confess, I felt a bit raw and abashed when Kean touched on sensitive material. His father, he told me, committed suicide when Simon was 16. How has he managed to deal with that pain, I asked him. “I feel bad … sad. After that happened, I began training a lot more. He pushed me.”

He had only taken up boxing a year earlier, at age 15, after having done judo. He advanced quickly, showing a good reservoir of athleticism. His skill set grew and he hit a mark that he’d aimed at, getting onto the crew to attend the 2012 Games. In London, he downed Tony Yoka, now a pro with a 5-0 mark, but was bounced from the tourney by Russian Ivan Dychko. And he might’ve advanced further, if he was fighting with two healthy limbs. “Boxing with one hand, the left hand, I beat Yoka,” Kean told me. “And now, as a pro, I have two hands, and I’m more experienced. I get money for training. That’s why I’m going to be the next world champion. I’m sure about that!”

Camille Estephan heads up Eye of the Tiger. His stature in the sport upped a couple notches with his handling of middleweight David Lemieux, and his stable is actually pretty deep, with a few under-the-radar athletes making moves up the sanctioning bodies’ ladders.

“In my view, Kean’s potential is extremely high,” Estephan told me. “He is a very serious athlete, extremely committed and talented, and he could topple anybody … He’s a real threat to the whole division!”

Estephan told me about the bond Simon and his dad had, and he believes that the strength of character he showed in not fracturing after his dad took his own life is an indication of how his mental strength serves him in the ring. “For his roadwork, Simon’s father used to drive behind him and beeped at him if he was too slow! Simon didn’t want to wake up the neighbourhood at 6 a.m.,  so he ran faster,” he said, chuckling. “He was driven to excel and be a top athlete. At the age of 16, Simon lost his father and it was very difficult for him to cope. Nonetheless, he showed tremendous character from a very young age to keep his life together and persevere. Simon did not take up boxing because he liked to box or to defend himself, he took up boxing because he loved to fight and just wanted to get better at it.”

The promoter continued his positive assessment of the Canadian hitter: “He has dynamite in his hands, and though he is not the slickest, he is extremely efficient, Vitali Klitschko-like.” Wait, is he going there? “I am not comparing him to Klitschko; he’s not there yet, but he could be. His jab is absolutely devastating and he has a great right hand. His power is concussive to say the least.”

Of course we expect Estephan to have rose-colored glasses on when it concerns his guy. But that he’s willing to be so profuse with his labels, it does make me perk up, because he’s somewhat putting his rep as a talent scout on the line when he shares such upbeat analysis of the prospect.

OK, are there any downsides we should know about or deficits he needs to shore up? “A very bright guy, Simon has a bit of a short fuse,” Estephan continued. “He’s not the right guy to mess with; he can be explosive. Not the type to be tickled. A very strong character. He had him some visits from authorities, but now all that is behind him and he is completely invested in his career.”

OK, good to know and acknowledge. Yes, at times some of the same traits that make someone a superior pugilist can prove to be deleterious when exhibited outside the squared circle.

But his fanbase is growing, Estephan noted. He shared some specifics. “We’ve made a deal with TVA sports to show his fight versus Ignacio Esparza live. That was before his last fight against Adam Braidwood.

“​TVA Sports is a national sports specialty channel in Quebec. The population of Quebec is 6 million. They have 1.8 million subscribers. Peak viewership at midnight hit 307,000. This is a massive result when you compare viewership of Showtime and HBO often peaking at 600k or 700k with a population of over 360 million across the U.S. and subscribership north of 28 million for both channels. Simon ‘The Grizzly’ Kean is now must-see over here. Most importantly he can put any heavyweight to sleep and fans to their feet!”

The promoter offered this summation on the 15-0 puncher, who holds the IBO inter-continental crown: “Simon is destined to fight the biggest names. When he’s ready for those guys, we will make our moves. We hope that by 2019-2020 every boxing fan will know his name.”

Kean said he wants the A-grade names who are in the heavyweight upper crust. Anthony Joshua, Deontay Wilder … yup and yup. “This year later I want to train and fight in the U.S., maybe California, after my next fight (October 6 in Quebec),” said Kean. “I love the U.S.! And if you don’t know who I am, keep your eyes open. I am the next one!”