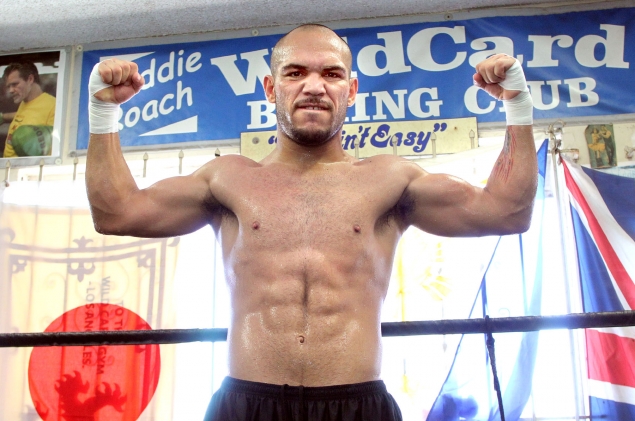 Ray Beltran’s first title defense will be a homecoming.

The Mexico native will put his 135-pound belt on the line against mandatory challenger Roman Andreev on Aug. 25 in Glendale, Arizona, it was announced by the WBO on Tuesday. The lightweight title scrap will headline an ESPN card, and will be Beltran’s second main event on the network this year.

The fight was confirmed at Tuesday’s purse bid after Top Rank, Beltran’s longtime promoter, won the rights to the matchup with a bid of $252,000.

“Ray entered camp two weeks ago without knowing who we would fight,” Beltran’s manager, Steve Feder, told THE RING. “He prepares to win regardless of the opponent. We trust the TR matchmakers Trampler and Goodman and we know Bob would make a good fight regardless. Having it in Ray’s hometown of Phoenix is going to be a great homecoming for the champ.

“Assuming it is Andreev we respect all opponents. But this is a fighter who has never been in deep with the level of competition he will face when he goes against Ray. It’s another world when you step up. This reminds me of (Mason) Menard fight. Fight looks good on paper, then reality strikes when the bell rings. We will train for 12 hard rounds and the rest is in Rays hands which includes his signature devastating left hook. Team Beltran will be ready to defend our house.”

Beltran (35-7-1, 21 knockouts) was Manny Pacquiao’s longtime sparring partner, but he emerged out of the Filipino’s shadow with a string of impressive knockouts.

In his first crack at a 135-pound title, Beltran broke Ricky Burns’ jaw but was robbed in enemy territory. Then, Beltran was outclassed by Terence Crawford, but the third time was the charm.

Beltran eked out a decision victory over Paulus Moses in February in a terrific action fight, and now, he’s ready for his first title defense at age 36.

Little is known about his next opponent. Andreev, a 32-year-old from Russia, has never faced a top-level foe despite competing as a pro since 2008. He remains undefeated at 21-0 with 15 knockouts, but finally, he’ll step up to an assignment against a top-10 opponent.

Whether he’s ready for the title opportunity remains to be seen.