Canelo Alvarez, GGG don’t meet face-to-face but show more distaste for one another 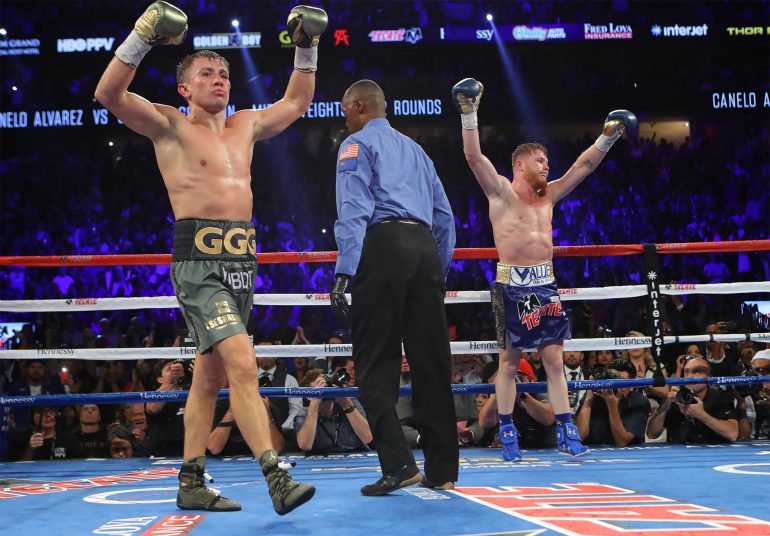 Canelo Alvarez and Gennady Golovkin won’t meet face-to-face until just days before they meet in their highly anticipated rematch.

There will be no press conference like there was for the scheduled May 5 return bout that never happened. No HBO Faceoff with Max Kellerman.

Instead, Golden Boy Promotions and GGG promoted Tom Loeffler opted for a single satellite media session via Facebook on Tuesday to create some hype ahead of their September 15 middleweight championship fight at T-Mobile Arena in Las Vegas.

Canelo said “it wasn’t convenient to do another tour,” while GGG offered that “space is what’s best for us.”

At this juncture, after all the insults GGG and trainer Abel Sanchez have hurled, after all the disrespect they felt after Alvarez tested positive for a banned substance, scrapping the fight in May, it’s clear there’s great distaste for another.

The first promotion was respectful, but this time around, as Canelo put it, “it’s different. It’s personal.”

“This man (Sanchez) just likes to talk. He likes to talk a lot and bring up every excuse possible, but you’ll see, on Sept. 15, what Canelo Alvarez is all about and what he’s capable of doing.”

Golovkin, who will be defending his three 160-pound titles when they meet on HBO Pay-Per-View (the card will start at 8 p.m. ET), already was angered after the judging in the first fight. When the two best middleweights in the world met in September, the fight was deemed a draw, but many media members and fans felt the Kazakh deserved the nod.

Golovkin, himself, certainly believed so. Loeffler said on numerous occasions that he felt GGG won eight rounds. When the Mexican star tested positive for clenbuterol, and the fight was subsequently called off, the 36-year-old was nearly apoplectic.

From his camp in Big Bear Lake, California, Golovkin unleashed with a vitriolic verbal assault in English on both Canelo and De La Hoya. Golovkin has calmed down since then, mostly opting to be interviewed with a translator by his side. He was subdued on Tuesday, but his body language gave it away: his disdain for Alvarez hasn’t dissipated.

Neither man has ever been known for their soundbites. And clearly, they’re tired of talking. They’ve already been through two media tours together and, of course, 12 rounds in the ring.

The fans were whipped into a frenzy when the matchup was finalized last summer because of their in-ring exploits. Two of the best talents in the sport — and two of its best punchers — facing off in a middleweight summit meeting.

Now, they’re ready to square off again, and this time, as Canelo said, it’s personal.