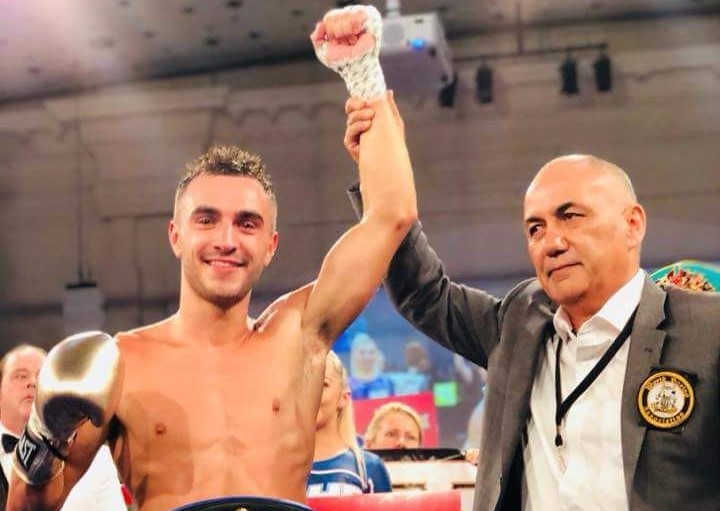 Last month Kalle Sauerland officially unveiled season two of the World Boxing Super Series at a salubrious London hotel. One of the three chosen weight classes for the new tournament series was bantamweight.

He was flanked by WBO titleholder Zolani Tete and IBF beltholder Emmanuel Rodriguez, and it was also announced WBA kingpin Ryan Burnett would also be taking part in the 118-pound tournament.

The identity of the other five contestants was a mystery. However, it was formally announced earlier today that unbeaten Australian Jason Moloney would join the field. News also filtered through that Moloney would challenge Rodriguez for the IBF strap, with the rumor that it will take place in Australia.

“Moloney is yet another exciting addition to Season II,” said Comosa’s Chief Boxing Officer Kalle Sauerland in a press release. “He is one of the biggest prospects in Australian boxing and enters the world stage and Ali Trophy action full of confidence. He is clearly a very determined power punching fighter. Eager to impress.”

The 27-year-old from Kingscliff, Australia has won a slew of regional belts since turning professional in 2014, including most recently the Commonwealth title.

“I am absolutely thrilled to be a part of the World Boxing Super Series,” Moloney told THE RING. “For me this is a dream come true. I would firstly like to thank everyone involved for giving me this opportunity.

“It has been my dream for many years to become world champion and this is something which myself and my team have been working very hard towards. Now I will have the opportunity to achieve this dream and much more.

“We now have the opportunity to become a unified world champion, win the glorious Muhammad Ali Trophy and become the undisputed No. 1 bantamweight in the world.

“We are not in this competition to make up the numbers, we are not taking part, we are taking over. I am going to grab this opportunity with both hands and I truly believe that we have what it takes to go all the way and win this tournament.”

His manager, Tony Tolj, is also excited about the opportunity afforded to his charge.

“We are honored to be included in this tournament and whether you like boxing or astronomy either way I am sure the world will witness a new star in Jason ‘The Smooth One’ Moloney”.

When the WBSS announced three of the four world champions would be taking part in their tournament it was a statement of intent. Adding top contenders further shows their aim of the best fighting the best.