Miguel Roman knocks out Michel Marcano in two, Miguel Berchelt up next 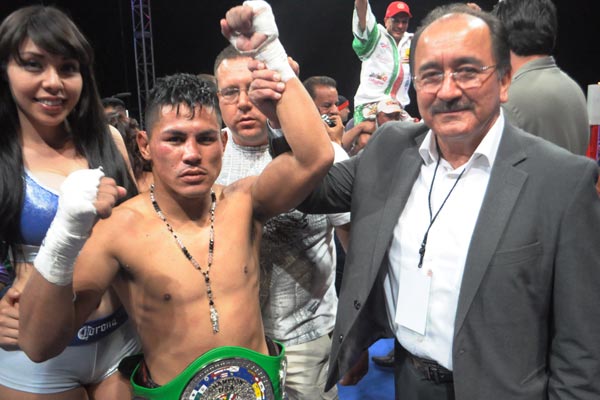 Miguel ‘Mickey’ Roman made quick of Michel Marcano, stopping him in two rounds Saturday night at the Feria de Juarez in his hometown of Ciudad Juarez, Mexico.

Roman, the WBC junior lightweight mandatory challenger, had little trouble with his opponent who entered the bout unbeaten but had faced inferior opposition in his home country of Venezuela.

Marcano (17-1-1, 14 knockouts) was wary of Roman’s punching power from the opening bell, choosing to fight at a distance, however, he was warned for use of the head and forearms on the inside.

In the second round, Roman closed the distance and exerted more pressure. Late in that session, a well-placed left hook to the body dropped Marcano to the canvas where he was counted out at 1:35 by referee Edward Collantes.

A Berchelt-Roman bout is likely to take place in Mexico or the U.S. sometime this fall.