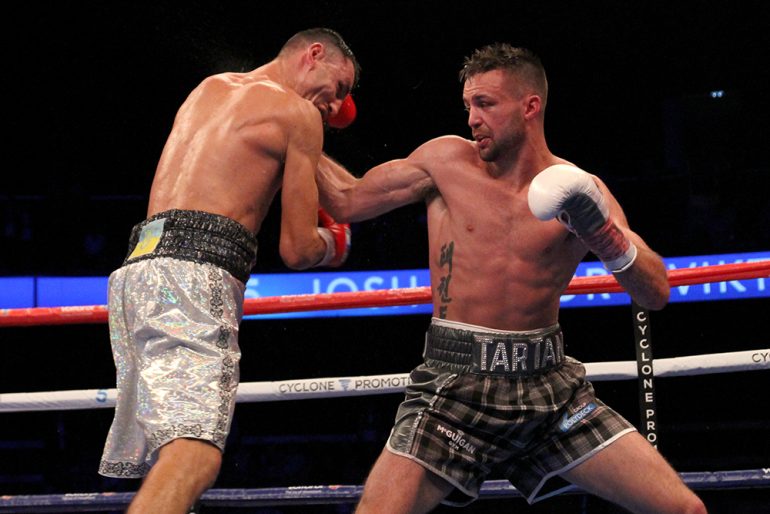 GLASGOW, Scotland – The visitor’s moniker was chilling and he had the resume to match. “The Ice Man,” beaten only once in 30 bouts, traveled thousands of miles to provide a stern test for a local hero – and he did just that.

In a career-best triumph, unbeaten southpaw Josh Taylor had to earn every second of his 12-round unanimous decision victory over former WBC junior welterweight titleholder Viktor Postol at the SSE Hydro on Saturday. The official scores were 119-108, 118-110 and 117-110, with some of those numbers needing to be filed under the “repulsive” section.

Taylor, who is rated No. 6 by THE RING at 140 pounds, decked Postol with a rocket left hook in the 10th and had his man reeling on several occasions. However, he was also on the end of some terrific work from the California-based Ukrainian who fought brilliantly at times.

“Postol came here and fought the best fight of his career,” offered Taylor (13-0, 11 knockouts) at the post-fight press conference. “It was his last crack of the whip and if he beat me he was back in world title contention. He surprised me and I had to adapt three or four times in there. My defense was a bit leaky, but I adjusted and marched him down. 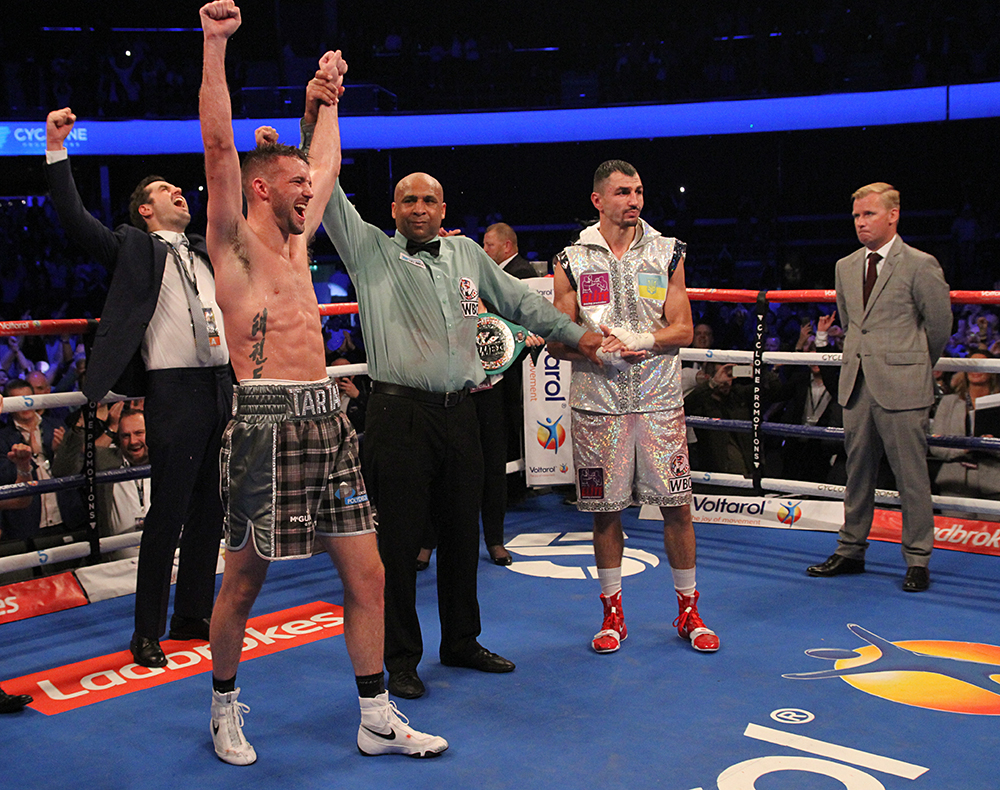 “I can perform a lot better, but I’ll take a lot of positives from that fight. That was a top-drawer opponent and I beat him with a below-par performance.”

The first round was a feeling-out process in spots, but Postol sent a message of intent with some well-placed power shots to head and body. Taylor responded brilliantly in Round 2, landing a sharp right hook to the head and confusing the Ukrainian with some effective switch-hitting. Postol was also disturbed by a cut around his right eye which presumably occurred following a clash of heads.

A massive left hook in Round 3 momentarily stunned Postol, but Taylor wasn’t getting things all his own way in the early sessions. The visitor was scoring well with the jab and that was setting up nice work at long range. The Scotsman continued to switch stance, but one wondered if that was tactical or a sign that his lefty offense wasn’t causing enough damage.

In the sixth, Postol was enjoying success when a ripping right uppercut from Taylor landed clean. The punch had an immediate effect and the home fighter bullied his man for the remainder of the session who, for the first time, appeared discouraged and ready to be taken.

Taylor was stunned twice in the seventh with terrific power shots and a cut appeared around his right eye. It was now a battle of attrition and Postol, despite his 34 years, looked game for the challenge. The Scottish crowd rallied behind their man and Taylor responded with a ferocious assault.

Adversity had come to visit with Taylor and the signs for the future were encouraging. His output was matched only by his tenacity, and the left-hand knockdown in the 10th was close to being a finisher. He was, however, in with a world-class opponent who refused to relent.

Postol (29-2, 12 KOs) landed with a sharp flurry to the head in the 11th and despite the fact that the shots weren’t causing real damage, Taylor was being tagged more often than normal. He battled back with gusto, however, and Postol was nailed by a big left hand in a neutral corner that had him reeling as the bell ended the session.

The final round was untidy as both men sought the finish, Taylor because he wanted it and Postol because he needed it. In the end it was a highly entertaining scrap and it will only help Taylor to improve as he continues his march toward a world title fight.

Manager and former WBA featherweight champion Barry McGuigan addressed that and the controversial nature of the scoring. “The scores were too wide, I thought Josh won by three or four points,” he said firmly.

“We’ll look at all the options (in terms of the next fight) but (WBC titleholder Jose Carlos) Ramirez is the fight we want. It might happen (in Scotland), but Ramirez has a strong following on the Wast Coast. The main thing is that Josh is ready.”