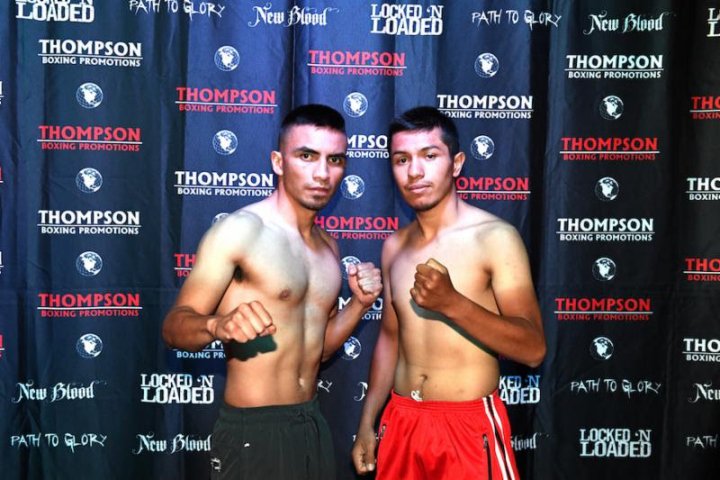 It was a crossroads clash between two southpaws. Zarate entered the bout unbeaten in his previous three fights, while Robles had lost to several top fighters at 122 and 126 pounds, including ‘JoJo’ Diaz, Diego De La Hoya, Oscar Negrete, and Mark Magsayo.

Zarate, who trains alongside WBA junior featherweight titleholder Danny Roman, was the more polished fighter of the two. Zarate was mostly stationary, making it easy for Robles to connect when they exchanged combinations.

Going into the final two rounds, the fight hung in the balance, but Zarate, who resides in the Los Angeles suburb of San Pedro, was the busier and more accurate puncher.

Espinoza used angles to connect while avoiding Mendez’s attacks in the first half. Mendez was busier, but he had a hard time landing anything significant on target.

Sensing he was down in the fight, Mendez, who is trained by Joel Diaz, let his hands go more during the final two rounds and it paid off. He pinned Espinoza against the ropes and landed several flush right hands.

Espinoza suffers his first loss as a pro and falls to 9-1, 5 KOs.

Junior featherweight Brandon Valdes (11-0, 6 KOs) won a one-sided decision over Jose Naranjo (3-9-2, 1 KO). All three judges scored the bout for the 19-year-old Valdes, who was fighting for the first time outside of Columbia.