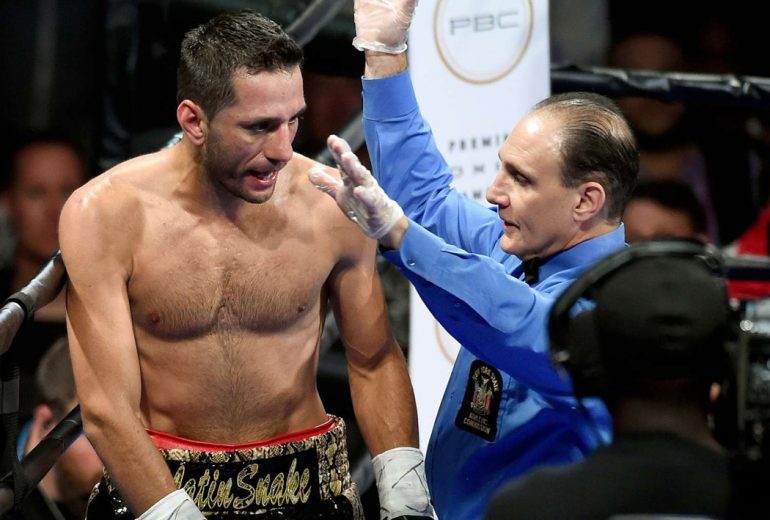 Most people assume that all fighters, being that they are engaged in the dark and violent trade of prize fighting, are covered amply by health/medical insurance.

In fact, it simply isn’t so.

From vets to newbies, it is a fact that health insurance is by no means a given in the sweet science. Indeed, for the practitioners it is more a luxury than a staple.

That fact mirrors the status of the health/medical coverage issue in the U.S. By and large, insurance is something that has been obtained via relationship with an employer. It is a “benefit”; an addition to a wage or salary. But the number of employers offering this benefit drops year after year. About 50 percent of companies with three to 49 employees offered coverage in 2017. That’s down from 59 percent in 2012 and 66 percent more than a decade ago. More companies go lean, and have folks work less than full time hours, so as to narrow the ranks of full-timers expecting benefits. The percentage of organizations offering consumer-directed health care plans fell from 34 percent to 23 percent between 2015 and 2017, but it jumped by 17 percent to 40 percent of employers from 2017 to 2018 because “Obamacare” forced people to play ball.

Still, persons not receiving health care benefits know full well that the definition of “affordable” is iffy at best when they are seeking to purchase a plan on an exchange. And yes, fighters are regular people who are forced to hunt down a plan and pay monthly premiums to keep up coverage. And, like other regular Joes and Janes, they cross their fingers, hard, that no illness or injury will strike them to the point that out of pocket costs will become exorbitant and prohibitive.

Ultra-vet Sergio Mora (29-5-2), California based, laughed ruefully when sharing his story about insurance. Is he insured? “Yes,” the 37-year-old 160-pounder told RING. He pays out of pocket. “I paid Blue Cross insurance for 10 years, never used it. Second I cancelled I tore ligaments on right thumb sparring: $10,000 for surgery.” That was in 2008, one fight before his first tango against the late Vernon Forrest.

Brooklyn-based Heather Hardy, age 36, is happy to have insurance, currently. “I have health insurance through Shadowbox,” she said. “First time this April in seven years I’ve had insurance.” Shadowbox is a NYC company which offers boxing workouts to civilians and Hardy has latched on to teach the trade and the techniques, to earn her keep, in between bouts.

“Almost all of us (go without insurance). We wait until the fights come and we have temporary insurance through the commission to see a doctor. Arm hurts? Wait until you fight and say it happened in the ring.”

Most readers don’t really know that fighters are independent contractors, and the number of uninsured is high.

Young Dusty Hernandez-Harrison (30-0-1) shared his status with us. “I didn’t have it for a long time. I’m only 24 so when my mom got married I got on my stepfather’s insurance,” he said.

That setup came about because of the passage of “Obamacare” which stipulated that if a parent’s health insurance plan covers dependents, you can be added to their plan and stay on it until you turn 26. “Obamacare” kicked off in March 2010 and, to this day, is a hot button issue with many on the “conservative” side opining that it should be erased, that it contains too many mandates and is a blow against freedom and liberty.

Another fact less known than we’d think is that many fighters have a nine-to-five and fight around that. New Yorker Shawn Cameron (10-3; age 35) works for the Metropolitan Transit Authority (MTA) and has insurance through them. The vet was covered by the VA before he hooked on with the transit behemoth. “Most people don’t know that most fighters have actual jobs. We don’t have a choice; we have bills and so on.”

My three cents: Please do consider this issue when you hear politicians with A-grade insurance – that your tax dollars pay for – talking about trashing “Obamacare”. The current model which has employers being lead dog in proffering insurance is not ideal for myriad reasons, but unless someone is offering you a comprehensive and detailed summation of how an alternative would work, I’d recommend your skepticism of calls to destroy previous President’s legacy. And, in the meantime, perhaps you can periodically remind yourself that these athletes we watch and admire deserve, typically, every ounce and more of our admiration.