Josh Taylor: ‘I can take Viktor Postol out with my speed and timing’ 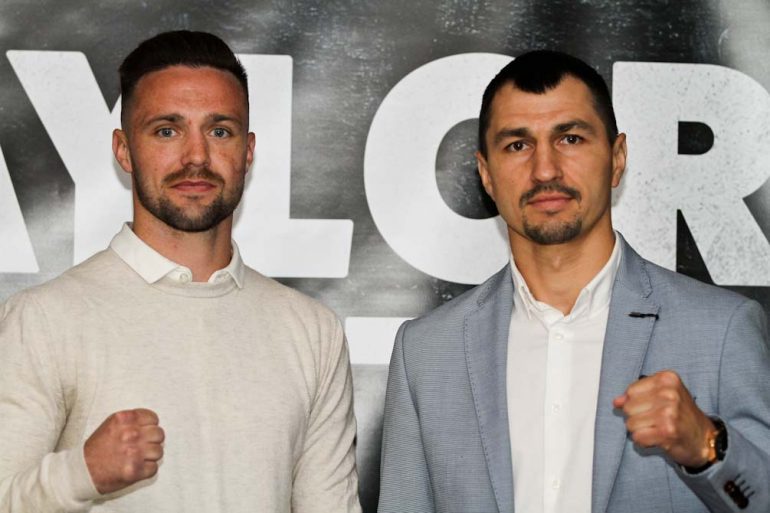 When we spoke on Monday, Scotland’s Josh Taylor was preparing for a quick flight from London to Glasgow and this junior welterweight contender is certainly accustomed to flying high in the sport of boxing.

Since turning professional in July 2015, Taylor, who is rated No. 6 by THE RING, has been fast-tracked to top level at high speed and decimated all before him. The 27-year-old southpaw has scored 11 knockouts in 12 fights and is now firmly established as one of the finest 140-pound fighters on the planet.

Confident and humble in equal measure, the Edinburgh man has developed the attractive habit of producing his best form when it matters most. In July, Taylor handed English rival Ohara Davies his first defeat as a professional, stopping the precocious power-puncher in seven rounds. Four months later, he became the first fighter to knock out former lightweight titleholder Miguel Vazquez, taking out the durable Mexican veteran with a single right hook to the body in the ninth.

Fans and media have taken notice.

“I always believed I would get to where I am but I didn’t believe it would happen this quickly,” said Taylor in an interview with THE RING. “I didn’t think I would climb the rankings this fast and get these big fights so rapidly. I didn’t think I could get to a world title eliminator in less than three years and I’ve done it in just 13 fights.

“I’m feeling very sharp and I’ve been firing on all cylinders in this camp. I’ve been ahead of schedule from the start in terms of my fitness and my weight. I’ve done everything better this time around and I’m feeling better for it.”

And Taylor must be at his best if he is to defeat former WBC 140-pound titleholder Viktor Postol this Saturday. The pair collide at Glasgow’s SSE Hydro and the talented Ukrainian, who is rated No. 2 by THE RING, represents the toughest challenge of Taylor’s career to date.

“Postol is a great fighter,” said Taylor with immediate respect. “He’s world class and that goes without saying. He’s a former world champion and he’s been in with the best. His only defeat was to Terence Crawford on a points decision so I definitely have my hands full.

“The atmosphere is going to be amazing and the fans will be really vocal. It’s going to be great and all that noise gives me an extra 10 percent on fight night and gives me that buzz. I feel like King Kong and nobody can beat me.”

Postol (29-1, 12 KOs) is not known for his punching power, but he’s a cerebral and seasoned technician who has been the 12-round distance on six occasions. Taylor has never been beyond nine in his career and the assumption is that the visitor will try to make this a long and frustrating night.

“It could be exciting or it could be technical,” Taylor said. “In the first couple of rounds we could be feeling each other out with a sort of amateur style. I’m half-expecting that, but I’m just going to be patient. I’m not going to dive in and go 100 miles an hour because he’ll be banking on his experience.

The Taylor-Postol bout has been sanctioned as a final eliminator for the WBC title. At this moment, that belt is held by Jose Carlos Ramirez who faces Danny O’Connor on July 7 in Fresno, California. Both Taylor and Ramirez competed at the London 2012 Olympics and the Scotsman does not expect the title to change hands.

“As far as I know, Ramirez has a bit of a light touch and I understand this is a tick over fight for him,” said Taylor. “I don’t know anything about (O’Connor), so I expect Ramirez to come through that and then I’ll get my crack at him next.

“We’ll have to wait and see, but I’m going into the biggest fight of my career right now. You would think I’d be feeling nervous, but I’m really relaxed. I’m actually looking forward to this fight. I’ve not been thinking about Postol and I’m just focused on myself.”

That strategy has been working very well so far.

Taylor-Postol will be broadcast live by Channel 5 in the U.K.