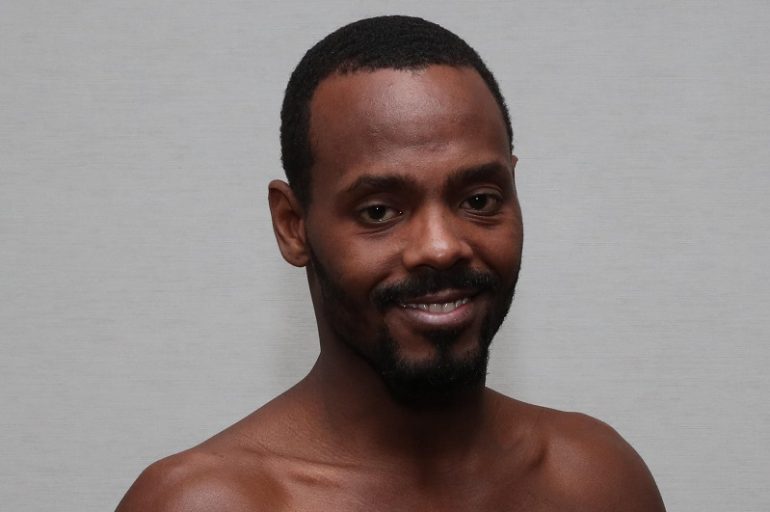 NEW YORK – Club shows, those smaller events away from Showtime and HBO cameras, in venues which hold anywhere from a few hundred to a couple thousand fans, are the backbone of boxing. On these low-budget shows, prospects, often financed with ticket money from their supporters, pay their dues while auditioning for a chance to someday make the championship level.

Mikkel LesPierre knows all about that life. The 33-year-old, who headlines Broadway Boxing this Thursday at Melrose Ballroom in Astoria, Queens, is on a mission to prove he is ready to graduate from the club circuit, as he faces Gustavo Vittori in a 10-round junior welterweight fight.

“I understand that there are different levels I have to endure to get the opportunities to fight on the bigger cards,” said LesPierre (19-0-1, 8 knockouts).

“Right now I’m making a name for myself on the local circuit and I’m pretty sure it’s also preparing me for those bigger opportunities on those bigger cards.”

Fighting on the bigger shows his promoter Lou DiBella organizes in conjunction with Premier Boxing Champions is now the goal for LesPierre, who was born in Trinidad and Tobago, before settling in Brooklyn, New York, on the borderline of tough neighborhoods Brownsville and East Flatbush.

LesPierre admits he was in the streets as a youngster, “doing foolishness,” as he terms it, before a friend’s father introduced him to boxing as a way to defend himself. It wasn’t something he took seriously at the time. His first love was basketball but the distractions of his neighborhood kept him from fulfilling that potential.

“I didn’t get an opportunity to play for my high school because, at that time, I was all over the place as a kid in the streets,” said LesPierre. “I picked up bad habits and my grades and attendance suffered because of it, so I ruined any basketball dreams.”

There was one sport in which young people in need of a do-over find that opportunity.

“Boxing gave me a second chance to pursue that athletic dream,” said LesPierre, who is now trained by Don Saxby out of Gleason’s Gym.

After a brief dalliance with college, LesPierre turned his attention to boxing, taking it seriously for the first time around 19 years old. He had 49 fights during his six years as an amateur (39-13), according to his website, winning open class titles in the Metros and Empire State Games, and making it to the New York Golden Gloves finals in 2007.

He finally turned pro in 2012 and immediately jumped into the club show mix. The lone blemish on his record is a draw with Cornelius Whitlock, in his second fight, a wild brawl in which both men hit the canvas.

For the most part, LesPierre’s career has been a series of boxing exhibitions in which his mechanical southpaw style finishes in first place against lesser fighters. He’s called “Slikk Mikk” because of his smooth counter-punching but he isn’t a one-punch KO guy, and won’t break CompuBox records for activity.

It wasn’t until his most recent fight, a showdown with then-unbeaten Irishman Noel Murphy in February, when LesPierre was able show more of himself, in part because Murphy never stopped bringing the fight.

“I thought it was one of my best entertaining performances but there is much more that I’m capable of. I just haven’t tapped into it yet but the better the competition, the more you will see,” said LesPierre.

Against Vittori (20-3-1, 11 KOs), he’ll get the chance to show he is ready for those better opponents. Vittori, who, like LesPierre is a lefty, was knocked out in three rounds in his most recent fight, last November, against Alex Saucedo. LesPierre doesn’t feel the pressure to produce a similar result to make noise.

“I don’t feel I need to do anything other than win the fight. What Saucedo did was what he was supposed to do and what I’ll do is whatever is necessary for me to win the fight.”

(RELATED: The reinvention of Dejan Zlaticanin continues in New York)

“He just has to go out there and be the better and smarter fighter,” added Saxby, who has trained LesPierre since 2010.

“This is a fight that should make people recognize his ability against a qualified opponent.”

At Wednesday’s weigh-in, LesPierre came in at 144.2 pounds, while Vittori weighed more than two pounds over the catchweight at 146.6 and was penalized part of his purse.

DiBella says he intends to match LesPierre against another prospect at his weight in a “ShoBox”-type of bout to “gauge where he’s at.” Those are the types of fighters against whom LesPierre will have to prove his superiority, if he’s going to leap from local favorite to national and international prospect.

“The goal is to fight at an elite level on the highest stage,” said LesPierre.

“Once I take care of my opponent on Thursday, it will take me one step closer to those bigger cards and opportunities.”