Connor Coyle, from a fighting family, wants to make history of his own 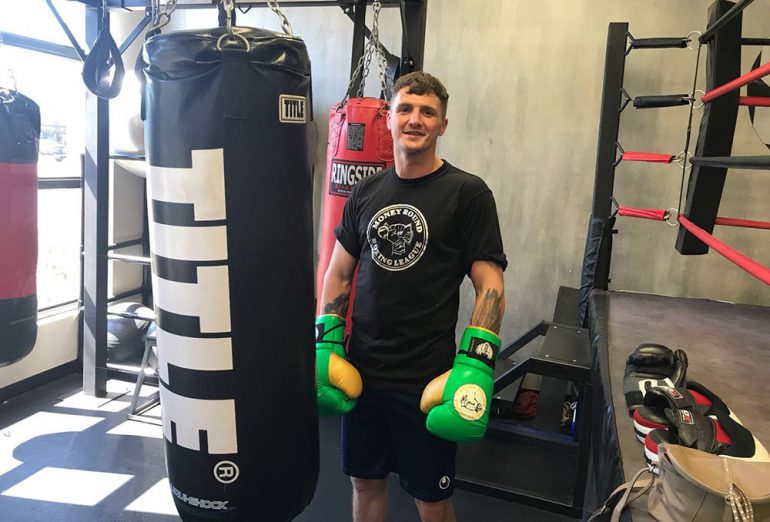 As a young boy, Connor Coyle used to hear stories about his great grandfather, Spider Jim Kelly, and great uncle Billy Spider Kelly, whose fighting careers encompassed the years 1928-1962 with 256 bouts between them.

“I knew they were great fighters, very tough,” said Coyle, and that they were the first British father and son pair to win the same title, the Commonwealth featherweight championship, 16 years apart. There’s even a monument to that achievement in Derry, Ireland, where the local paper describes them as “the greatest sporting heroes to ever come out of the city.”

Now Coyle (7-0, 2 knockouts) is trying to put his own name in the record books in his professional career, which continues this Saturday when he faces Danny Pastrana (6-4, 1 KO) in an eight-round middleweight fight at The Coliseum in Saint Petersburg, Florida.

Despite his family history, Coyle, now 28, had little inclination towards boxing early on. His father had practiced karate but his main gig is working with the Derry City Council, while his mother is a florist and works at a bakery.

He had gotten into boxing at age 11 after he and his friends heard some music coming from inside St. Joseph’s Boxing Club and decided to put on some gloves and train. Coyle was into a variety of sports growing up, playing other physical local favorites like Gaelic football and Hurling (a sport similar to Lacrosse), plus skateboarding and rollerblading.

It wasn’t until he was about 20 years old that he got serious about boxing, with a little help from his trainer Cahir Duffy.

“My old amateur coach would come by my door and get me up for training, and I would let on that I wasn’t home. And he would come on through and get me out of bed,” said Coyle. “He’s been doing that since I was a little kid. If it wasn’t for him, I wouldn’t be where I am today.”

His biggest international laurel came in 2014, when he earned bronze at the Commonwealth Games in Glasgow, Scotland, as part of the same Northern Ireland team which featured Paddy Barnes and Michael Conlan, but he fell short of joining them at the Rio Olympics after a torn tendon in his right hand kept him on the shelf for over a year, leaving him ill-prepared for the Box-Offs, where he lost in his first bout. 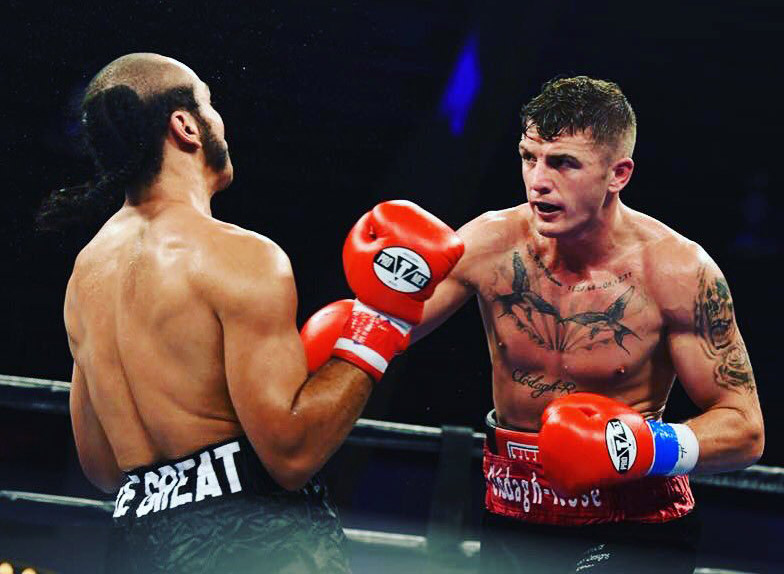 The pros suited him better than the amateurs, Coyle figured, due to his patient style in which he establishes his jab early, then breaks down the body while building tempo as rounds progress. Even the eight rounds, which he currently fights at, isn’t enough, Coyle feels. He says he can’t wait for 12-rounders.

While considering his options, Coyle received word from a former amateur teammate, John Cooley, about joining him out in the Tampa Bay/Saint Petersburg area. He first arrived in Florida in July 2016 and turned pro in October of that year with a first round knockout. He followed that up with a pair of decision wins at National Stadium in Dublin, with the next four wins all coming in Florida.

Now Coyle trains with Jim Mcloughlin, who also manages him alongside John Vinciguerra, while Rick Caronongan assists in the training. He is promoted by Jody Caliguire of Fire Fist Boxing Promotions, and has gotten some quality sparring work in the area against Bryant Perrella, 2012 Olympic bronze medalist Yamaguchi Falcão, and the vastly experienced Darnell Boone.

Boone, who holds a knockout win over Adonis Stevenson and has been in the ring with Jean Pascal, Andre Ward and Sergey Kovalev, likes what he sees from the prospect.

“He can be a world title holder. He has good handspeed; he didn’t fall for a lot of the traps I set, which is good,” said Boone, who says he’s sparred a lot with the middleweight. “He’s gonna do great in this sport; I like his style.”

Coyle still works out with his amateur coach when he’s in Ireland, and comes over to the United States eight weeks before a fight to prepare. Being away from home isn’t easy now that he’s the father of a 2-year-old daughter, but he believes the sacrifice will help provide a more secure life for his family.

“She’s getting to that age where she’s starting to realize I’m gone and she’s asking, ‘Where’s daddy?’ I know it’s gonna pay off in the long run and I know I’m doing it for a good reason,” said Coyle.

Already, despite having only been in Florida for two years, he’s become a draw in the area, and his fight this Saturday — his first time headlining a card — is also the first time they’ve sold out The Coliseum.

“Building up a fanbase here so quickly, it’s unbelievable,” said Coyle. “Everyone you speak to, they all say, ‘My grandfather’s from Ireland, my grandma’s from Ireland,’ so everybody seems to be Irish.”

“He’s very charismatic, he’s a hardworking young man. He’s got a great personality,” adds Caliguire. “So many people just endear themselves to him because he’s just so genuine. You don’t find that with a lot of boxers.”

What comes next after a few more fights — perhaps popular stops for Irish fighters like New York and Boston, or big showcases in Ireland — it’s all secondary to Coyle’s primary objective.

“I’m here to be a world champion, that’s my goal,” said Coyle. “My goals are to be the best and reach the top.”