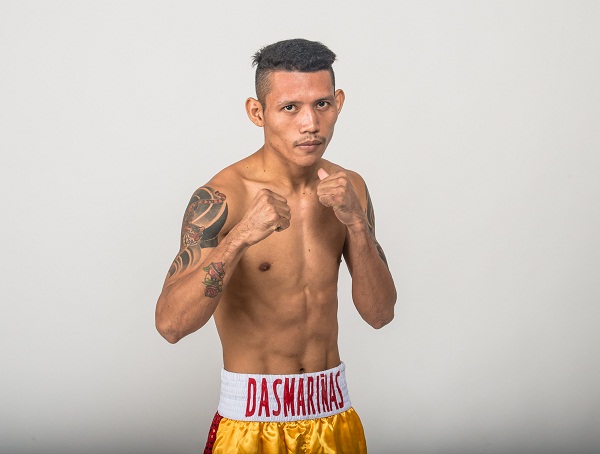 The promoter for 118-pound standout Michael Dasmarinas already has a date penciled in for him on September 29 in Singapore. It’d be the Filipino fighter’s third bout since signing with Singaporean outfit Ringstar Boxing, but that date is only a fallback if their more ambitious goals don’t come through.

Scott Patrick Farrell, CEO of Ringstar, says he has reached out to the organizers of the World Boxing Super Series (WBSS), which will feature bantamweight as one of its divisions for season two, in hopes of getting Dasmarinas included among its participants. The WBSS will feature virtually all of the division’s major players, including WBA titleholder Ryan Burnett, plus IBF and WBO claimants Manny Rodriguez and Zolani Tete, respectively, plus Naoya Inoue, in what will firmly establish the division’s hierarchy in the post-Shinsuke Yamanaka era.

“I have spoke to the WBSS as Dasmarinas most definitely should be included as he is legitimately one of the top five bantamweights in the planet,” said Farrell.

“If I’m given the opportunity to be part that tournament, it’d be a good experience to face the top fighters in the bantamweight division,” added Dasmarinas (28-2, 19 knockouts), who is rated No. 5 by the WBC and holds a minor title in the division.

Dasmarinas, 25, had flown under the radar for the most part since turning professional in 2012, fighting primarily on small cards around the Manila area before signing with Ringstar in the Summer of 2017. He had his first significant showing in his most recent fight, outboxing French contender Karim Guerfi before starching him cold in the fourth with a single left hand in April.

One fight Farrell would like to make in the WBSS is a fight against Tete, a fellow southpaw who has become the boogeyman of the division due to his awkward, lanky style and deceptive power. He also says he’s reached out to the handler of unbeaten Australian Jason Moloney (17-0, 14 KOs), another candidate for the WBSS who is rated No. 9 by THE RING at 118 pounds.

“I have left messages that we will fight Tete to his team and recently offered Tony Tolj that he will defend his IBO world title against Jason Moloney. No one is saying yes; all afraid of his power,” said Farrell.

“I’m looking forward to facing Tete and Moloney,” said Dasmarinas, who is trained by Johnny Monis in Valenzuela City, Philippines. “And in my part I trained hard for that and I give all my best and I am very excited.”