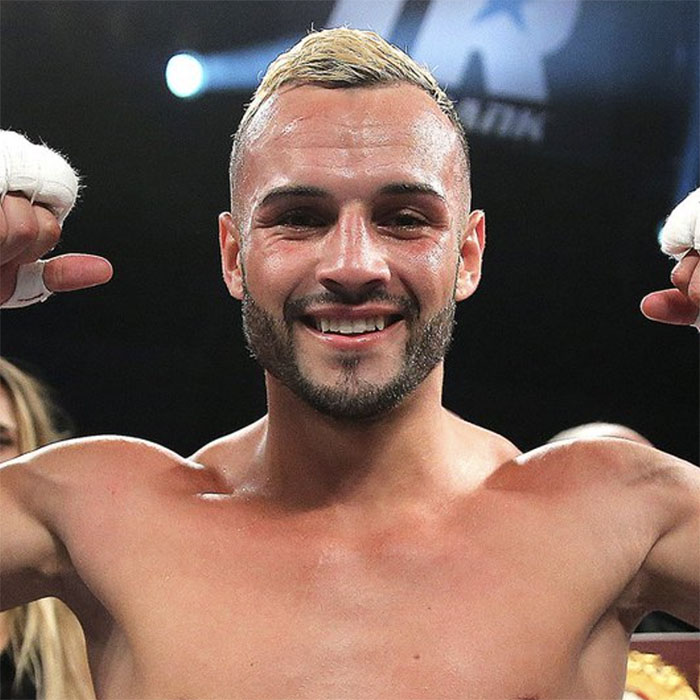 One of Top Rank’s best prospects is ready for a title shot.

Christopher Diaz will meet Masayuki Ito for the vacant WBO junior lightweight title July 28 in Kissimmee, Florida, on ESPN+, it was announced Monday. The belt became available when Vasiliy Lomachenko relinquished his title to move up to lightweight.

Diaz (23-0, 15 knockouts) has impressed with his punching power, and it’s he, not his good friend Felix Verdejo, who surprisingly became the first of the two Puerto Rican prospects promoted by Bob Arum to grab a title opportunity.

“This fight is dedicated to all of Puerto Rico and to my family that has always been there to support me,” said Diaz, THE RING’s No. 9 junior lightweight. “Now it’s my time to become a world champion, and I promise that I will bring home the world title. I love you, Puerto Rico. This one’s for you!”

The 23-year-old is riding a four-fight knockout streak, but now he’s stepping up in competition. Ito, a 27-year-old from Tokyo, has knocked out three consecutive opponents himself, but he’s never competed outside Japan.

He, too, will receive his first title shot, and it will be in unfamiliar territory where there’s a large Puerto Rican contingent.

“I am really pleased to be able to fight a great fighter like Christopher Diaz for the WBO title,” Ito (23-1-1, 12 KOs) said. “Diaz is a very good fighter with power and speed, but on July 28, I will become the champion. I will bring the belt home back to Japan without fail. I have promised my wife and children. I will fight as if my life depended on it.”

Carlos Adames, who made his debut under the Top Rank banner last month, will meet Artemio Reyes in the 10-round welterweight co-feature. Top Rank has big plans for the 24-year-old Dominican, as evidenced by his position on his first ESPN fight. Adames (14-0, 11 KOs) topped Alejandro Barrera via decision in the co-feature to Lomachenko-Jorge Linares.

“I am happy and excited to return to the ring quickly because I want to keep as active as possible,” Adames said. “This will be my second fight with Top Rank, and now I will return to the ring much better prepared because I have the experience and the confidence of fighting on big stages.

“I will come ready to give the public what they always expect from me — a spectacular knockout!”