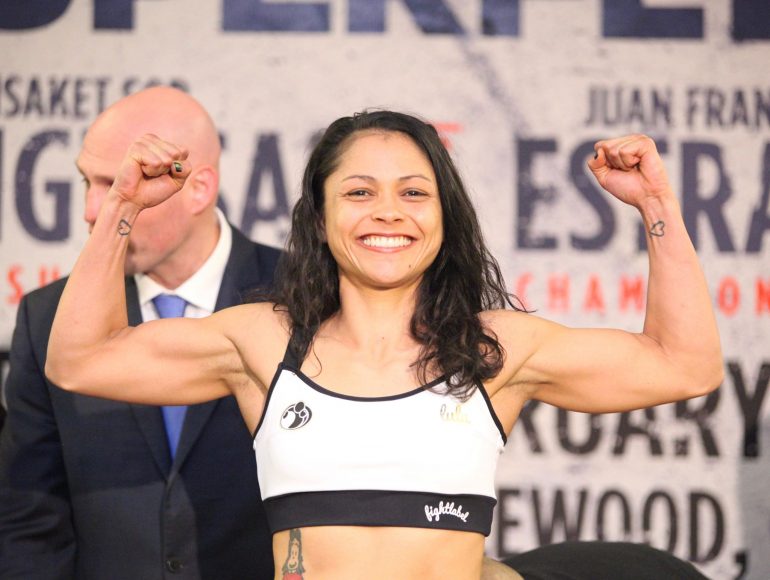 Tuesday night, Louisa Hawton boarded a flight in Los Angeles on her way back home to Perth, Australia. It had been a long five months in the States for the 33-year-old fighter, and she is heading back to catch up with her two children, 10-year-old Eli and 7-year-old Estelle.

It took her two takes to get her first win in the United States but she finally accomplished that goal last Wednesday in Hollywood as she stopped a less-experienced Elvia Trevino after the fourth round to win her fourth inside the distance. On that night she showed crisp combination punching, dynamic head movement and, perhaps most telling, a smile.

Hawton was everything last week which she hadn’t been in February at The Forum, when she was flat and out of sync in a unanimous decision loss to Anahi Torres. It was her first fight in 18 months, and she had just 10 days to prepare against a rugged Mexican who had been in with virtually every fighter of note in the lowest weights, and to adjust to her new team around her.

It took a few more months than expected but she finally got the win she had been waiting for.

“I feel like that was my U.S. debut to be honest. The people got to see who I really am,” said Hawton (8-1, 4 knockouts), who is known to friends as Lulu. “I got to really have a party in the ring.”

“Night and day,” Grant said between her first two U.S. fights. “[Hawton is] the best female boxer in the world I’ve always said that. Now she’s proving it.”

Prior to Hawton’s layoff, she had just won her biggest fight to date, a unanimous decision over Kei Takenaka to win the WBO junior flyweight title, a title she vacated due to inactivity brought on by a lack of opportunities back home in Australia.

“There’s no way I’d have this in Australia, especially coming from Perth. American boxing compared to Australia, you feel the difference because when you come over you feel everybody working to achieve something. Whereas in Australia, there’s definitely people who want to achieve things, but there’s also a lot of the hobby or fitness for people,” said Hawton.

“It’s taken serious here by the media, public and obviously the boxers.”

The plan is to let Hawton relax for a month in Australia, then bring her back out to begin training for her next month in September, which Grant says will either take place on the same card as Gennady Golovkin’s next fight or the SuperFly 3 card. A rematch with Torres is something Grant says he’s considering.

After September, the goal is to jump right back into the title picture. But for now, she gets some much needed rest and relaxation after a mission accomplished.

“I’m gonna go back and spend some time with my two children. Just hang out with them and get some quality time with them before I come back out here to work again,” said Hawton.