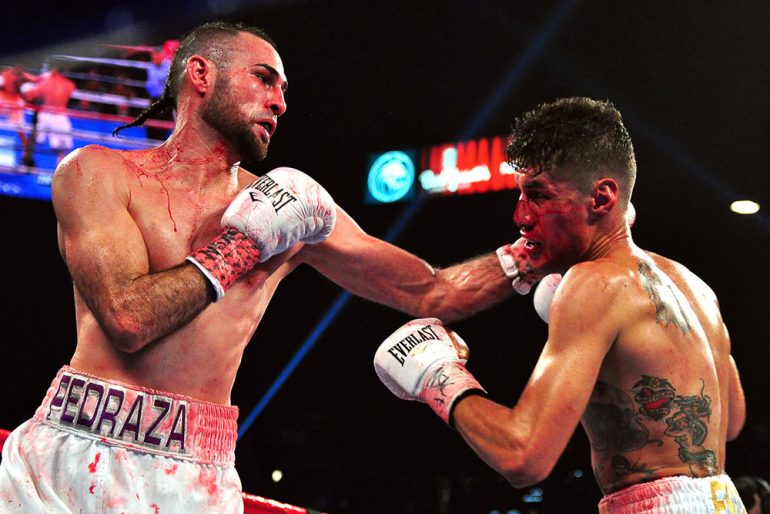 LAS VEGAS – It wasn’t easy, but Jose Pedraza pushed through and secured a 10-round unanimous decision against Antonio Moran in the co-main event on the Terence Crawford vs. Jeff Horn card that streamed live on ESPN+ from the MGM Grand Garden Arena.

Pedraza (23-1, 12 knockouts) was in a boxing ring for the second time since he was stopped by Gervonta Davis last January. If there were any thoughts that the lightweight battle would be easy for the Puerto Rican, Moran made sure that he would turn it into a bloody war that was pretty entertaining.

The two exchanged heavy leather in the first frame with both having their moments. Moran proved to be the aggressor in the second round and pressed forward while rifling off nearly a dozen unanswered punches.

But Pedraza stayed composed and picked his spots, bloodying Moran’s nose along the way. He would prove to be sharper puncher who landed some nice counters and found ways to use Moran’s aggression against him in the middle rounds despite his Mexican opponent’s refusal to back down and slug it out.

Moran (22-3) continued to ramp up the pressure in the middle rounds and found success when Pedraza’s simply decided to cover up for a breather. However, the punches from Pedraza kept piling up as blood flowed from Moran’s face and the damage mounted up. Pedraza decided to switch roles to the aggressor in the eighth and stalked his taller opponent. The plan worked as Moran had few answers for Pedraza’s pressure and ate a pair of straight left hands to punctuated the eighth round.

From that point, it was a war of attrition but the sharper, cleaner punches from Pedraza helped assist him in securing a 96-94 score on all three judges scorecards. 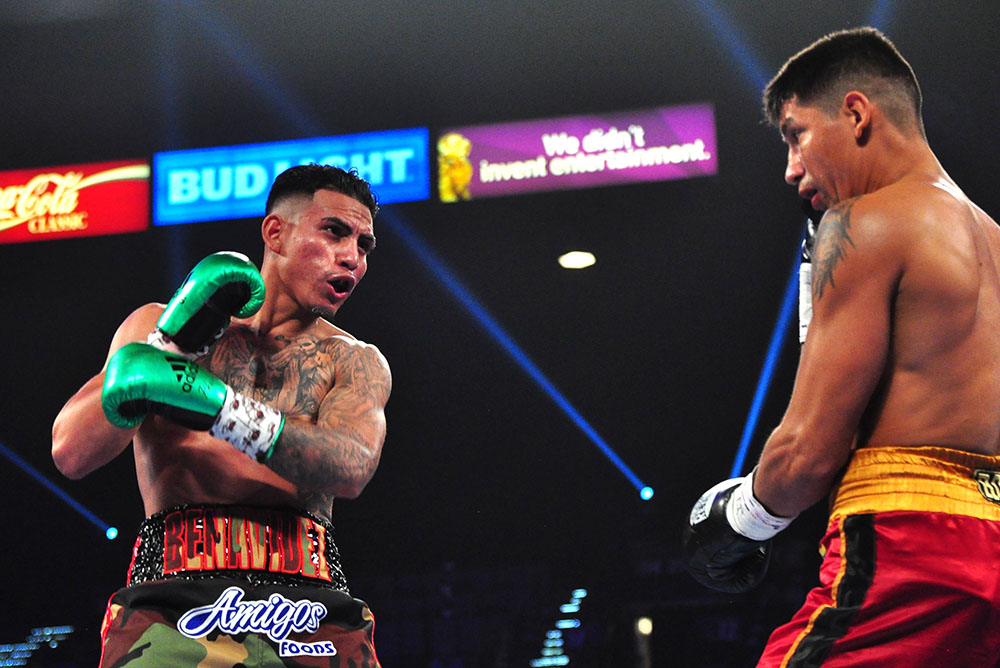 Jose Benavidez Jr. put himself in line for a possible showdown with Crawford after annihilating Frank Rojas in just 90 seconds of their welterweight bout. Benavidez (27-0, 18 KOs) fought for the second time after being out for over a year when he was shot in the leg by an unknown assailant back in August of 2016. He wasted little time getting to the previously unbeaten Rojas (22-1) and torched him with a right hand followed by a left hook to the liver that put Rojas down for the count at the 1:24 mark.

Benavidez — whose older brother David is the WBC super middleweight champion — has been after a fight with Crawford for a couple of years. Benavidez has even gone as far to say that Crawford was ducking him, prompting a heated exchange of words during a weigh in before Benavidez’ fight with Matthew Strode in February. After this performance, Benavidez certainly put himself in position to challenge the newly minted WBO welterweight champion, barring a big fight against another title holder from the Showtime/PBC stable presents itself.

Shakur Stevenson ran his unbeaten record up to 7-0 with a 2nd round TKO of Aelio Mesquita. The Olympic silver medalist wasted little time imposing his will and repeatedly countered his opponent at will. Stevenson scored a pair of knockdowns in the first round, including a scintillating straight left that sent Mesquita to the canvas.

A three punch combination sent Mesquita down early in the second and the rest was elementary as Mesquita clearly didn’t want any more but was assaulted for another pair of knockdowns that forced his corner to throw in the towel. 1:45