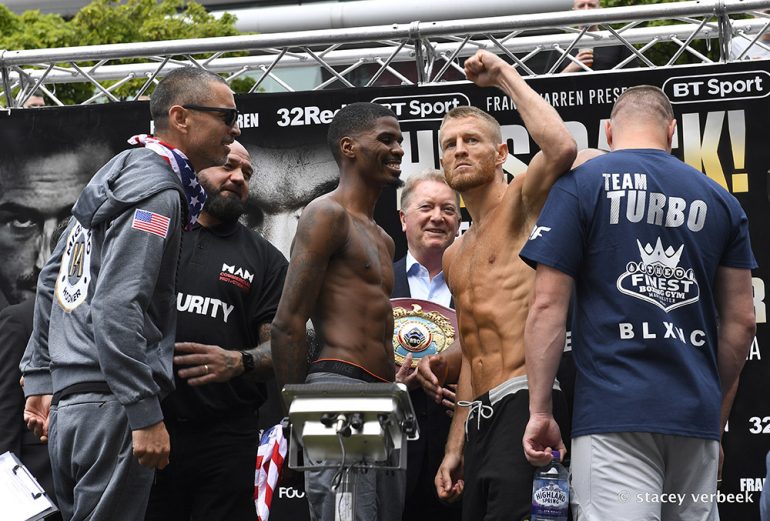 Maurice Hooker was an afterthought heading into his showdown with Terry Flanagan, but he emerged a champion.

Hooker agreed to join the World Boxing Super Series tournament on the condition he beat Flanagan, a source told THE RING, and he’ll now be the third 140-pound titleholder in the eight-man field.

The second installment of the single-elimination tourney kicks off in the fall, and will feature beltholders Regis Prograis, Kiryl Relikh among others. With Josh Taylor also expected to join the ranks, the field will be complete.

Flanagan (33-1, 13 knockouts) held a title at 135 pounds, and he was widely expected to pick up a belt in a second weight class, but Hooker put on the performance of his career.

He’s not even ranked in THE RING’s top 10 at 140 pounds, a shallow weight class. After all, Hooker, a 28-year-old from Dallas, was held to a draw against faded veteran Darleys Perez in November 2016. Hooker (24-0-3, 16 KOs) had never scored a signature victory, but now he has it, and a title around his waist.

Hooker was able to connect on his overhand right time after time, and a clash of heads that opened up a brutal gash on Flanagan’s forehead troubled the Brit, who turns 29 on Monday.

Flanagan was warned several times for striking Hooker with his left forearm, but was never deducted a point. He finally got going late in the fight, but it was too little, too late for “Turbo,” who suffered his first pro defeat.