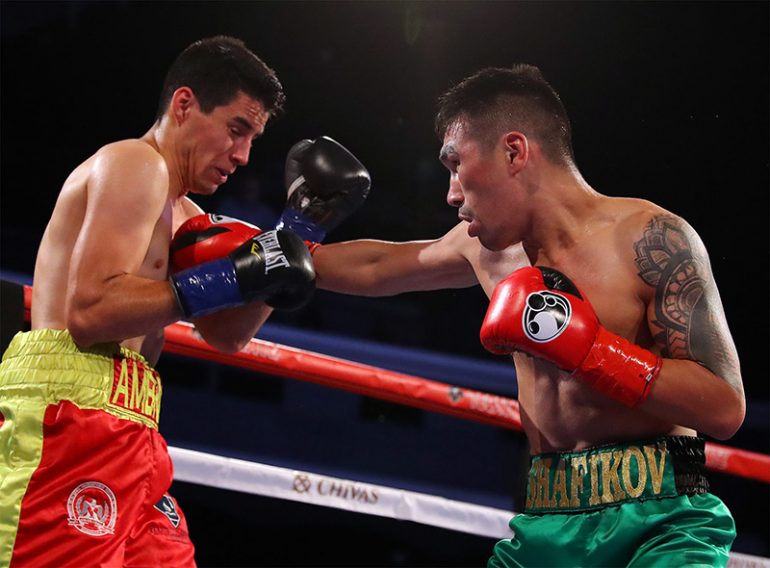 The climb back up to the top of the division may be difficult, but Denis Shafikov is up to the challenge.

Shafikov snapped a two-bout losing streak with a workmanlike eight-round unanimous decision over Hector Ambriz Suarez on Wednesday night at The Avalon in Hollywood, California.

The southpaw Shafikov was the aggressor from the opening bell, closing the distance between himself and the taller Suarez and ripping left hands to the head. A counter left hand momentarily staggered Suarez during the final moments of round three, but Shafikov was unable to follow up.

Suarez (12-7-1, 6 KOs), who resides in Ensenada, Mexico, did well when he initiated exchanges, but Shafikov’s pedigree and skill-set were too much for Suarez to overcome.

“I feel good about my performance,” said Shafikov, who is trained by Abel Sanchez. “There was accidental head-butt that opened a small cut, but it did not affect my performance (tonight).”

After fighting for several years as a lightweight, and the recent loss to Alvarado, Shafikov believes he can be a force at 130 pounds.

“I would like to have an another opportunity at a world title belt, but I have to become a mandatory. That is a goal of mine.” 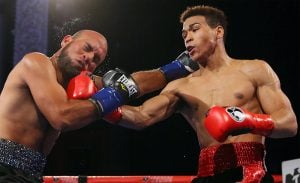 The taller and stronger Ceballo (3-0, 1 KO) utilized his technical skill-set over the first three rounds, but unleashed an avalanche of combinations to the head during the final round. Ceballo stunned Ahumada (3-5-2, 2 KOs) with a right hand that sent him back against the ropes, prompting referee Sharon Sands to administer an eight-count with about 15 seconds left in the round. Ahumada was able to make it out of the round.

All three judges scored the bout 40-35 in favor of Ceballo.

Junior middleweight prospect Serhii Bohachuk dominated the normally-durable Cesar Soriano, of Mexico, dropping him three times before the fight was stopped in the second round.

Bohachuk (9-0, 9 KOs) dropped Soriano about 40 seconds into round one with a right hand. Soriano was able to get up and fight back, but was dropped with a left hook to the head later in the round. 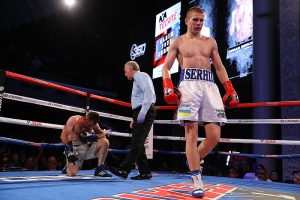 Bohachuk went in for the kill early in round two. His aggression was rewarded as he dropped Soriano (26-38-3, 16 KOs) with a punch to the body. Soriano beat the count, but referee Jack Reiss stopped the bout to save him from receiving further punishment.

In other action:
Middleweight Jonathan Esquivel (6-0, 6 KOs) dropped overmatched Sergio Gonzalez (6-6, 2 KOs) three times before the fight was mercifully stopped in the third round.

In strawweight action, Louisa Lawton (8-1, 4 KOs), of Australia, rebounded from the only loss of her career in her last fight by stopping Elvia Trevino (2-4) at the end of the fourth round.

Junior welterweight Elvina White won a one-sided four round decision over Annette Pabello (0-3). All three judges scored the bout 40-36 in favor of White, who goes to 2-0.

Wednesday night marked the second installment of the ‘Hollywood Fight Night’ series in 2018.