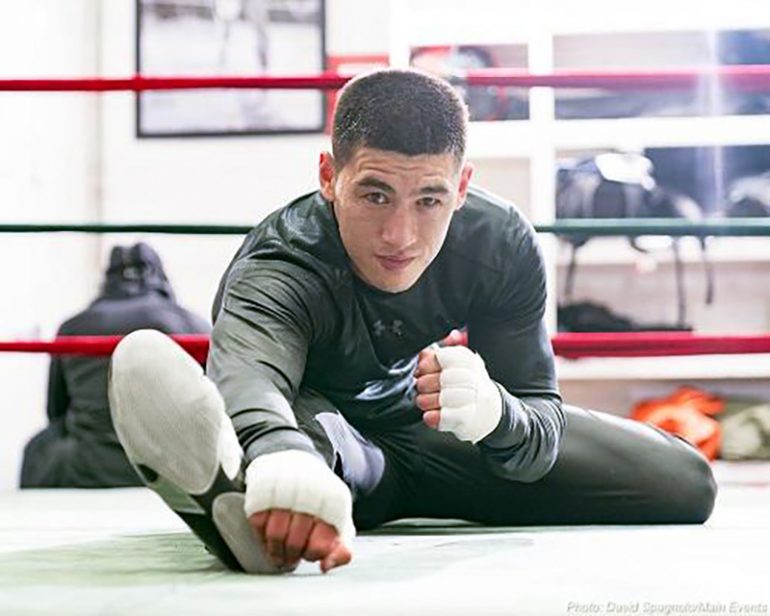 Dmitry Bivol is set for his third title defense, and once again, he’ll open up an HBO telecast before Sergey Kovalev takes the ring.

Bivol and Kovalev are on a collision course, and now they’ll finally have a common opponent. Chilemba surprisingly troubled Kovalev when they met in 2016 and even lasted the distance.

“I am glad that my next opponent will be a tough and well-known boxer in Chilemba,” said Bivol, THE RING’s No. 2-rated light heavyweight. “I will do my best to put on another exciting performance for all my fans.”

Bivol (13-0, 11 knockouts) is coming off a 12th-round stoppage of Sullivan Barrera in March. The 27-year-old Russian is quickly rising through the sport with his blend of power and combination punching, and now he’ll have the chance to do what Kovalev couldn’t: knock out Chilemba.

The tricky South African fighter was a longtime fixture of THE RING’s ratings at 175 pounds, but he lost three fights in a row entering 2018. Chilemba dropped a disputed decision to Alvarez in his opponent’s hometown of Quebec before Kovalev outpointed him. Then, Chilemba tore ligaments in his right shoulder during a stoppage defeat to Oleksandr Gvozdyk in November 2016.

The 31-year-old underwent surgery in Pensacola, Florida (hometown of his trainer, Roy Jones Jr.), one month later and was on the shelf for all of 2017 as he recovered.

“2017 was a bad year for me, recovering from surgery and thinking that my career was over, but I’m a fighter; I couldn’t give up and I won’t give up,” said Chilemba (25-5-2, 10 KOs). “I’m going to take this opportunity and give it everything I have. A big thanks to the rest of my team and all my supporters.”