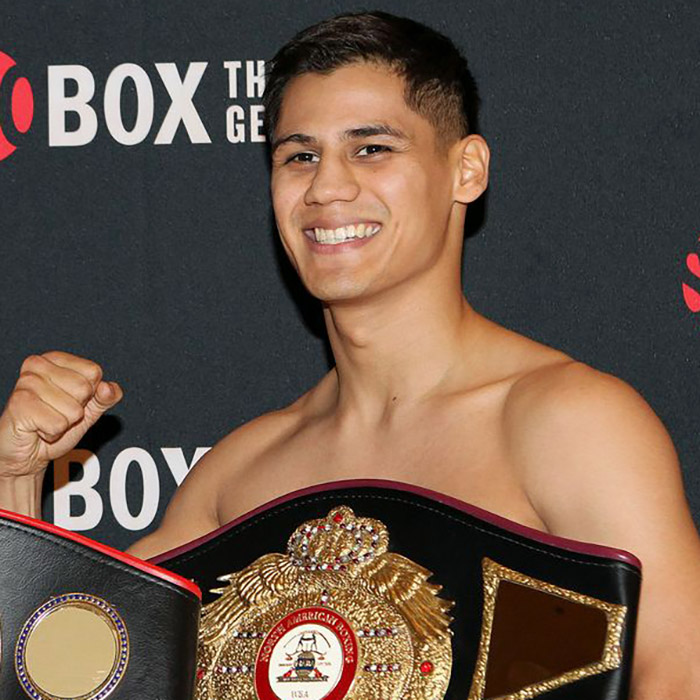 The card is less than three weeks away, and finally, Errol Spence’s homecoming title defense has an official televised undercard.

Daniel Roman will defend his junior featherweight title against Moises Flores on June 16 in Frisco, Texas, on the undercard to Spence vs. Carlos Ocampo, it was announced Monday. Javier Fortuna will move up in weight again, this time taking on Adrian Granados in a 10-round bout that will open the Showtime tripleheader.

“Everyone knows I want to fight the best and Flores is right up there,” said Roman (24-2-1, 19 knockouts). “He’s unbeaten for a reason and he’s the number one challenger for my title. I’m not taking him lightly.

“I’m motivated to be great. I’m more focused now than ever before. I’m not going to let Flores, or anyone else take my belt. The plan is simple. Pick him apart round by round just like I’ve done in my other world title fights.”

The bout will be Roman’s greatest exposure yet. He’s never competed on premium cable, and now he’s secured a co-feature slot for his second title defense.

The 28-year-old from Los Angeles won the 122-pound title with a ninth-round stoppage of Shun Kubo in Kyoto, Japan, in September. Roman stayed in Japan for his first title defense, securing a wide-points victory over Ryo Matsumoto in February.

Flores (25-0, 17 KOs) has fought just one round in two years. The 31-year-old Mexican challenged Guillermo Rigondeaux for his title last summer in a bout that was deemed a no contest.

Rigondeaux blasted Flores with a shot after the bell and it was originally called a first-round TKO before the result was overturned by the commission.

“I’m going to make Daniel Roman fight me every round until the end,” said Flores. “He’s a good boxer and a counter puncher, but I’m a warrior so I’ll be ready for anything he brings. If he can’t hold up to my power, then he’s going down early. This is a must-win and I’m determined to become a world champion on June 16.”

Fortuna (33-2-1, 23 KOs) weighed a career-high 136.5 pounds for what was slated to be a title challenge of Robert Easter Jr. in January. The Dominican native missed weight, even though he’d never weighed more than 133 pounds, and while he was ineligible to win the lightweight belt, he gave Easter hell.

Fortuna lost by split decision, but many media members felt he deserved the nod, and now, he’s bouncing back with another high-profile fight and another move up in weight.

“I know that Adrian Granados is a warrior, but this fight breaks in my favor because I am simply the better fighter,” said Fortuna, 28. “I respect Granados’ style and I know he surprises a lot of people with his resiliency in the ring.

“I’m fully prepared to out-box him on fight night. I’m not concerned about moving up in weight either because once we step into the ring, I’ll be the bigger guy.”

Granados (18-6-2, 12 KOs) proved he was better than his record when he upset Adrian Granados in 2015, and last year, he followed up with a disputed decision loss to Adrien Broner. Granados was then outpointed by Shawn Porter in a welterweight fight in November, and now, he returns to his natural weight class for a bout he must win to remain relevant.

“Javier Fortuna is a crafty southpaw, but I’m going to be stronger and better than ever back at 140-pounds,” said Granados. “I feel like I can knock out anybody at this weight. After I beat Amir Imam, everyone has been ducking me at this weight class. I’m going to make a statement about where I belong in boxing and give the fans a great show like I always do.”

“Javier Fortuna is a crafty southpaw, but I’m going to be stronger and better than ever back at 140-pounds,” said Granados. “I feel like I can knock out anybody at this weight. After I beat Amir Imam, everyone has been ducking me at this weight class. I’m going to make a statement about where I belong in boxing and give the fans a great show like I always do.”