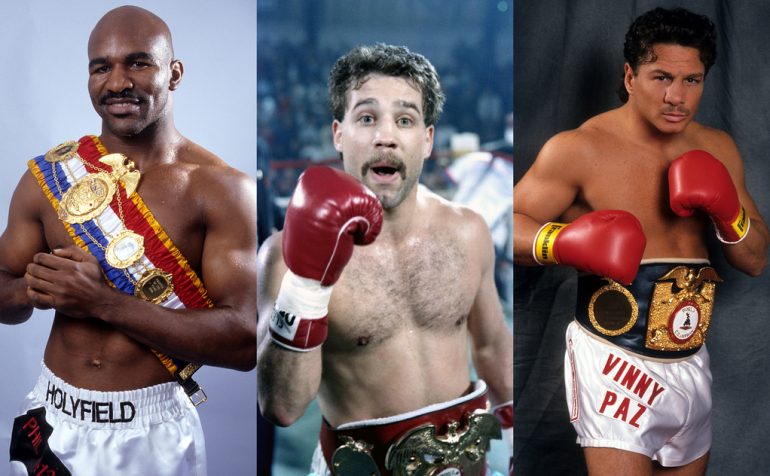 From left to right: Holyfield, Czyz and Paz. Photos from THE RING Archive
04
Jun
by Joseph Santoliquito

On Sunday, the trio who provided so many thrills for fight fans in Atlantic City—and throughout the world—received rousing applause and new honors as part of the second class to be inducted into the Atlantic City Boxing Hall of Fame (ACBOH) at the Claridge Hotel and Casino.

“This is at least five halls of fame for me, but it’s great, though,” Holyfield said. “It means a lot, because it’s something that you earned. I’m happy about them believing that I’m hall of fame material. I would say the George Foreman fight in 1991 [was the most memorable in Atlantic City]. But all of them were good.

“But George Foreman stands out a little more than anybody, because he was the biggest attended, and made more money than anybody at that time.”

Paz has now been inducted into four halls of fame.

“This supersedes all of the other halls of fame that I’m in, because I had my pro debut at the Sands in Atlantic City.” Paz recalled. “The Sands is knocked down now, but Atlantic City was the place to be at the time I was coming up. It was up there. It was either Atlantic City or Vegas.

“I have a big heart for Atlantic City. I always will. Literally, the last time I was here five years ago, tears ran down my eyes by how things have gone here. It is coming back, and I’m really happy to see it coming back. Foxwoods in Connecticut put them out of business. It was the first casino to open outside of Vegas, and now you have casinos everywhere.

“I’m familiar with comebacks, and it’s cool to see Atlantic City reliving some of its glory times. It will never be where it was in the 1970s, 80s and 90s, but it is coming back and that’s good to see. I kid you not, a tear did run down my face when I saw Atlantic City, and that was (for the first time) in 15 years, and I see a lot of change in the city now.

“It’s nice to be remembered like this. All of the scars and marks, it makes it worth it.” 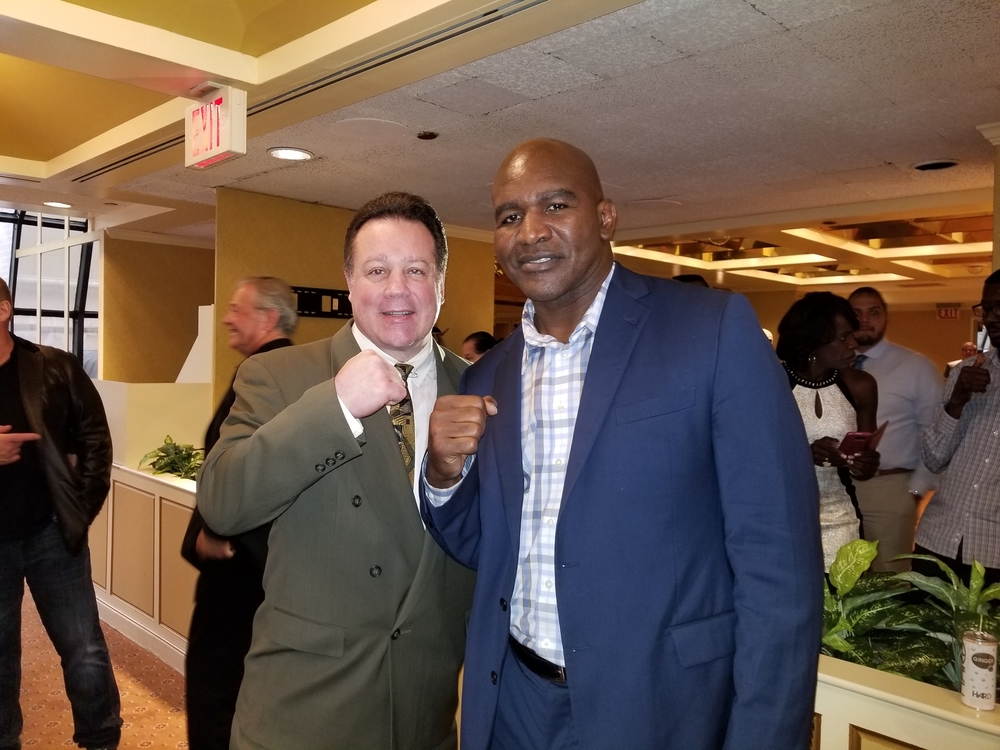 Czyz last fought in 1998—20 years ago this month. Still, the former two-division champ was mobbed on Sunday everywhere he went. Czyz was inducted into his fifth hall of fame.

“This is tremendous to be remembered and have your name in the history books,” Czyz said. “I’m not a religious guy, but if you go back in history a thousand years from now, I was a world champion. It’s sort of my way of being immortalized, I guess.

“I got all emotional, and I wiped it away pretty quickly, because I didn’t want to look foolish. But, the enormity of what I set out to do, that all came in one minute. I enjoy all of this. I still get fan mail and with the internet, people still ask about me. It’s a great way to be remembered and a fantastic thing.”