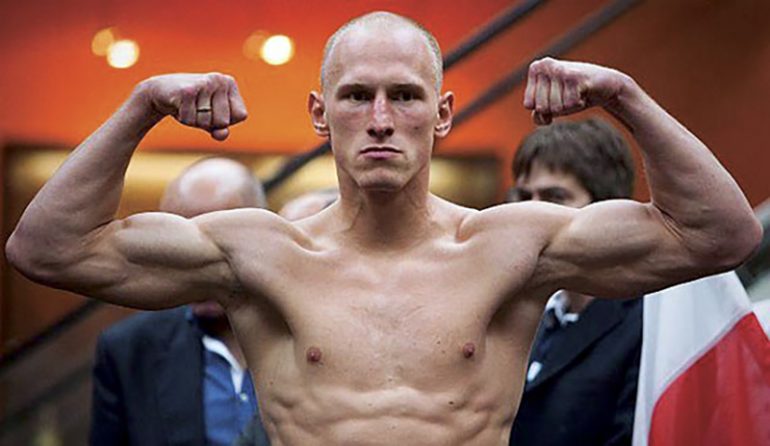 “Diablo” kept his career alive for at least another night after notching his 55th victory on Saturday night.

Krzysztof Wlodarczyk, a two-time cruiserweight champion, outboxed Nigeria’s Olanrewaju Durodola to a unanimous decision at the G2A Arena in Rzeszow, Poland. The scores were 97-93 on two cards and 98-92 on the third.

It was Wlodarczyk’s second victory in four months following his first ever stoppage defeat, a third-round body shot knockout loss to Murat Gassiev last October in the cruiserweight World Boxing Super Series. Against Durodola (27-6, 25 knockouts), a heavy-handed if heavy-footed banger who had been stopped on four previous occasions, Wlodarczyks’s considerable edge in technical acumen helped him coast to an uneventful victory.

Wlodarczyk used his movement in the early rounds, picking off Durodola with right hands and uppercut counters as he came forward. Durodola picked up the pressure in the fourth and fifth, attempting to get to Wlodarczyk’s rib cage the way Gassiev had.

Wlodarczyk gained Durodola’s respect in the sixth with a counter left hook which momentarily staggered him, though Wlodarczyk never showed an interest in ending the fight early.

“I start a new chapter of life and watch the birth of a new me,” said Wlodarczyk (55-4-1, 38 knockouts) according to interia.pl. “I would have to deal a few more blows. In fact, from the second, maybe third round, I knew that maybe it will not be easy, but I will definitely win.”

The 36-year-old Wlodarczyk, a former IBF and WBC cruiserweight titleholder and professional since 2000, showed he was still able to make the 200-pound weight limit after coming in at 199, but expressed his interest in moving up for an all-Polish heavyweight battle against Artur Szpilka.

Szpilka (21-3, 15 KOs) was derailed by a single right hand from Deontay Wilder in his WBC heavyweight title vie in 2016, then returned after an 18-month layoff with a fourth-round stoppage loss to Polish compatriot Adam Kownacki before returning last month against a 43-year-old Dominick Guinn in Warsaw, Poland, weighing by far the heaviest of his career at 246 pounds.

Szpilka had previously made a name for himself against another Polish heavyweight star’s expense when he outpointed Tomasz Adamek over ten rounds in 2014 in Krakow, Poland.

“Artur, we’ll do it! I do not know if it’s half a year, a year or a year and a half, but I promise you that,” said Wlodarczyk. An email to his promoter Andrew Wasilewski of Knockout Promotions was not immediately responded to.