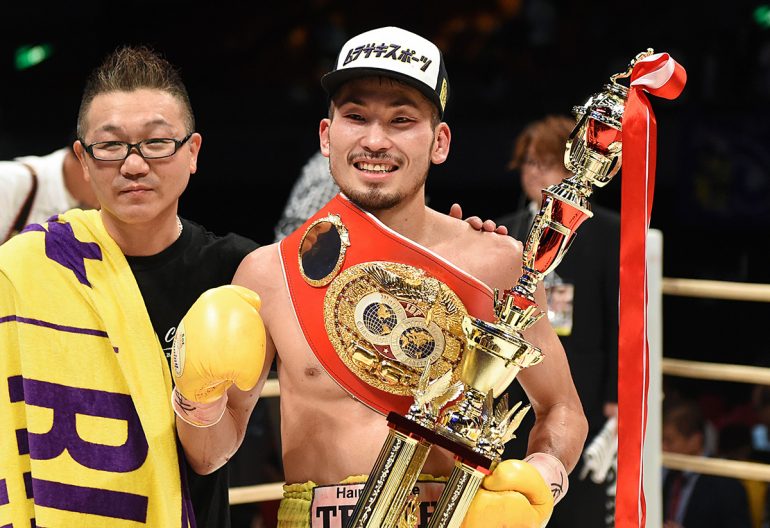 The camps of IBF junior featherweight titleholder Ryosuke Iwasa and mandatory challenger TJ Doheny have reached an agreement on terms for an August 16 fight in Tokyo, Japan.

Doheny’s manager Mike Altamura said he had reached the breakthrough with Iwasa’s promoter Teiken Promotions this week at the IBF convention in Italy, avoiding the necessity of a purse bid.

Doheny (19-0, 14 knockouts), a  31-year-old southpaw, is from Porlaois, Ireland but began his pro career in 2012 after emigrating to Australia to work construction. Now he’s based in Boston, Mass., and is promoted by Dropkick Murphys rocker Ken Casey and training under Hector Bermudez.

His last outing was on St. Patrick’s Day in Boston, stopping Mike Oliver in two rounds.

“I am confident in TJ’s abilities to bring his A-game and cause an upset. Both of Iwasa’s KO losses are to southpaws,” said Altamura, referring to Iwasa’s stoppage defeats to Shinsuke Yamanaka and Lee Haskins in 2011 and 2015.

Iwasa (25-2, 16 KOs), also a southpaw, is three years younger at 28 and has made on title defense of the belt he won by stopping Yukinori Oguni, outboxing Ernesto Saulong in March of this year to a points victory.

Altamura is confident that Doheny’s experience fighting on the road, including his split decision over Mike Tawatchai to become mandatory challenger, will serve him well when he fights in his opponent’s hometown.

“I think it demonstrates his ability to fight on the road, but no doubt Iwasa is a far greater challenge than Mike Tawatchai. I think he’s grown and learned a lot from that experience,” said Altamura.

It was an otherwise quiet convention for Altamura, whose lone other business of note in Italy was confirming the fight between Moruti Mthalane and Muhammad Waseem for the vacant IBF flyweight title on the Pacquiao-Matthysse card on July 14 in Malaysia.