Jermall Charlo: I want a shot at Canelo or GGG, I’ll do whatever it takes to grab a title 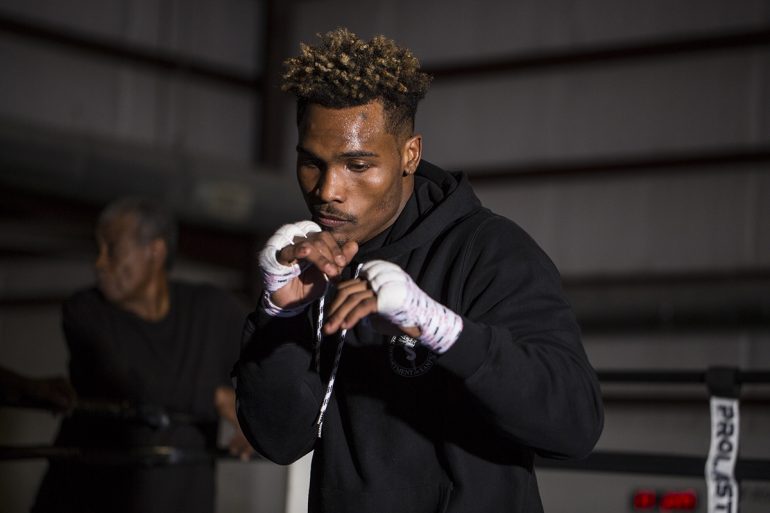 LOS ANGELES — Jermell Charlo is gearing up for yet another junior middleweight title defense, but his twin brother, the bigger Charlo, is gunning for a strap of his own.

Jermall Charlo, a former titleholder at 154 pounds, is now competing at middleweight, and he’s looked nothing short of spectacular so far.

The 28-year-old needed just four rounds to wreck Jorge Heiland in July 2017, and in April, it took two rounds for Jermall to eviscerate Hugo Centeno.

With the victory, Jermall picked up the WBC’s interim middleweight belt, but he’s hungry for the real thing, and he’s willing to do whatever it takes to secure a 160-pound title shot.

“All i can do is just wait, take my time and I’ll get there sooner than later,” Jermall Charlo (27-0, 21 knockouts) told THE RING on Thursday at Gloveworx where Jermell was working out ahead of his title fight against Austin Trout on June 9.

“I want the belt, I want the main belt. I’m already halfway there so s—, I must as well fight (Gennady) Golovkin. Canelo (Alvarez) don’t got an opponent either, I’ll take that; one of those guys. Worst-case scenario, if I have to head to the U.K. (for a fight with Billy Joe Saunders), I will to get a belt. I want a belt.”

Canelo and GGG remain locked in a stalemate during negotiations for a possible rematch in September. Oscar De La Hoya floated Charlo’s name to THE RING as a potential opponent, but that’s not the only option for a big-money fight.

If Canelo and GGG indeed don’t fight each other, WBC president Mauricio Sulaiman said Golovkin must meet his mandatory challenger next, which is Charlo. Either opponent would represent a significant step-up for Charlo, who is hungry to finally secure a mega fight that can take his name to the next level.

“I like Canelo’s style but Golovkin works harder and he’s a harder fight,” Jermall Charlo said. “His style’s different.

“Most definitely (I’d have to work harder) to keep Golovkin off. Canelo is a lot more flashy, but he tends to box and wants to move and he gets into loopholes.”