Why is boxing guy Mark Taffet getting into mixed martial arts? 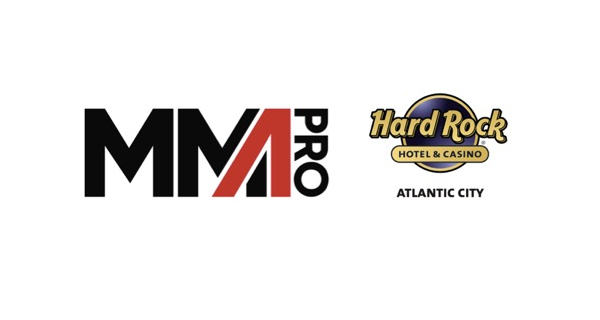 31
May
by Michael Woods

Didn’t really see that one coming…

To me, the guy reads like a boxing lifer. He was the pay-per-view guru at HBO, and, when he left the cabler but stayed in the biz, I thought Mark Taffet was BFL: “Boxing for life.”

I don’t think I was alone when my eyebrows were raised at the news this week that Taffet, a New Jersey resident who is notable for having three-plus decades in the game without having a legion of haters, who speak ill of him behind his back, was jumping into a new pool: mixed martial arts.

I reached out to the ex-exec, whose been working the last two years building the Claressa Shields brand, and, apparently, laying the foundation for this foray into MMA.

Why the MMA space, Mark? Bored with boxing?

“I had a great run for 25 years at HBO where I was involved heavily in boxing,” he told me. “I love the sport and I love the many athletes with whom I had the opportunity to work closely. But for a number of years, I have watched MMA from the vantage point of an executive as well as a fan, and I have been amazed at the fascination, adrenaline and connection MMA fans have with ‘their’ sport. I believe MMA is just beginning to tap into its potential, and will be a big part of the culture of this generation. I love the challenge and opportunity to be a part of that growth and to impact it.”

Taffet’s new team-based league will kick off with five events in 2018 at the new Hard Rock Hotel & Casino in Atlantic City. “MMA Pro League at the Hard Rock” series debuts Friday, July 20, with Team New Jersey vs. Team Pennsylvania. Each team in the league will be led by an MMA figure, beginning with Team New Jersey coach and former UFC fighter Dan Miller and Team Pennsylvania coach and Brazilian jiu-jitsu champion Daniel Gracie of the renowned Gracie family.

And this league…how is it positioned? Rival to UFC? Complement to UFC?

“MMA Pro League is a team-based league, and thus, at its core, is differentiated from UFC and Bellator. I’m a great admirer of UFC and Bellator as a fan and as a businessman. I know (UFC President Dana (White) and (Bellator President) Scott (Coker) for many, many years, and they have done a great job for their companies, for the sport and for the fans. MMA Pro League, being team-based and having a regular season and playoffs, is a complement to UFC and Bellator, not a competitor. We believe our teams, city by city and market by market, will establish a strong connection with fans, which will enable us to be a part of the continued growth of MMA and to contribute to that growth in a manner which will benefit the sport, the existing great brands and the fans.” MMA promoter Hani Darwish is in partnership with Taffet, for the record.

How long has this been in the planning and what will Taffet’s league bring to the table? What are the standout bullet points of MMA Pro? Is there a plan to televise or stream?

“Our approach to MMA Pro League is to provide the best product experience for the fans every step along the way,” Taffet continued. “During Phase One, our focus is on forming the teams, rolling them out, one by one, throughout the series of five matches at the Hard Rock Atlantic City, and creating the best live arena experience. We are evaluating streaming opportunities for Phase One for fans who can’t be at the Hard Rock, and will announce a national television deal for our first full 2019 season in the coming months.”

How long has Taffet been working on this project? “MMA Pro League is truly a labor of love for me and for my partner MMA Pro League CEO Darwish. Hani has been thinking about this for a number of years; he created the DNA and skeleton for MMA Pro League. I began to work in earnest with Hani a little over a year ago, and I added meat to the bones. Together Hani and I complement one another greatly in backgrounds, skills and personality. But we share the same great passion for this team-based, professional MMA league and we are committed to its success. MMA Pro League will bring to the sport a ground-based connection for the fans, a foundation which will be planted and will grow, city by city, as we form teams and roll them, out one by one, in 2018 through our MMA Pro League at the Hard Rock series at the new Hard Rock Hotel & Casino in Atlantic City. This will all lead up to our first full regular season, playoffs and championship, which will begin in spring 2019.”

Taffet summed it all up: “If we execute on our plans, we believe we will bring growth to the sport, which will benefit all parties involved, including – and most importantly – the consumers. We look at the sport of MMA as a brilliant diamond with many facets, and we strive to be one of the facets on that diamond.”