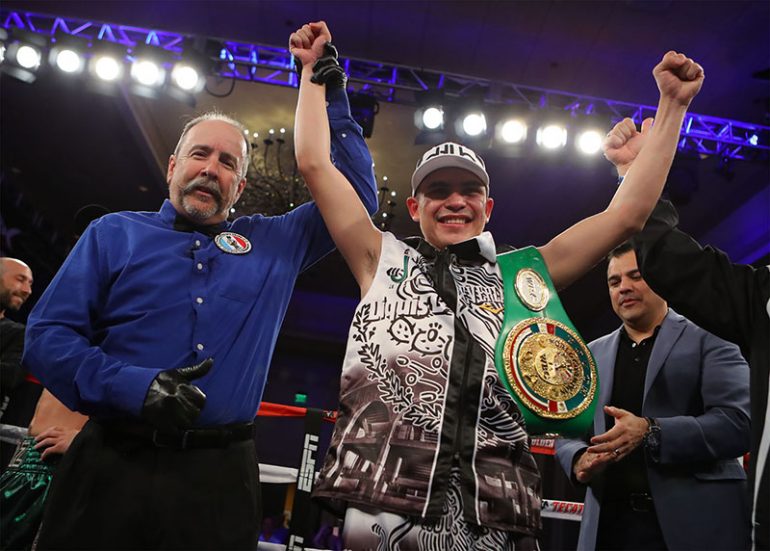 Diego De La Hoya had momentum on his side after securing the biggest victory of his career, thus far, over former IBF bantamweight titlist Randy Caballero on September 16. Instead, that momentum stopped after missing weight before his scheduled fight in December.

The unbeaten junior featherweight hopes to pick up where he left off when he faces Jose Salgado, on June 8, at the Turning Stone Resort and Casino in Verona, New York.

De La Hoya (20-0, 9 knockouts), who resides in Mexicali, Baja California, Mexico, was scheduled to fight Salgado on December 13. At the previous day’s weigh-in, De La Hoya weighed 128.5 pounds, 4.5 pounds above the contracted weight of 124 pounds. Salgado tipped the scale at 122 pounds but the fight was canceled.

De La Hoya, who is the first cousin of promoter Oscar De La Hoya, consulted his team, which includes manager and Oscar’s older brother Joel, and decided to continue fighting as a junior featherweight.

“Diego insisted on fighting the same opponent and at the same weight,” Joel De La Hoya told THE RING over the weekend. “He was so embarrassed and demoralized for the missed weight and wanted to give Salgado the opportunity he denied him in December.”

The 23-year-old De La Hoya is the mandatory challenger to face WBO titleholder Isaac Dogboe. He is ranked No. 6 by THE RING, and is ranked in the Top 5 of all four major sanctioning bodies.

Salgado (36-4-2, 29 KOs) resides in Cozumel, Mexico, and has won two of his last three fights. He was stopped by current THE RING/WBC junior bantamweight champion Srisaket Sor Rungvisai in May of 2015 and fought to a fourth round technical draw against Carlos Cuadras in September of 2014.