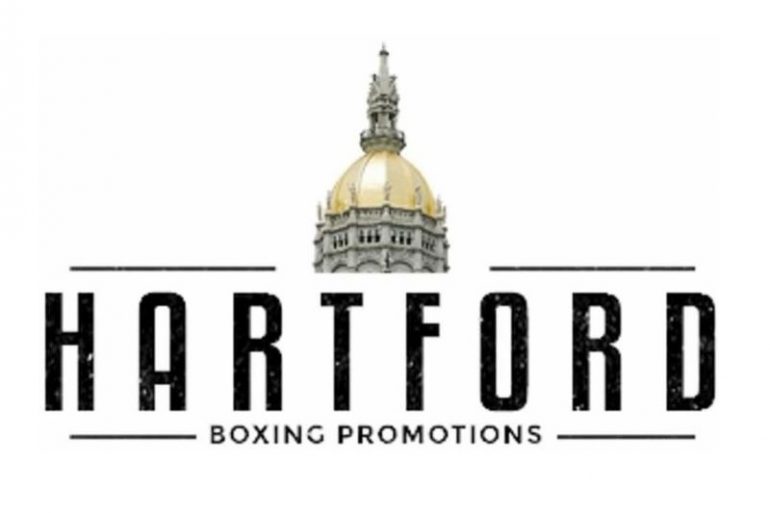 29
May
by Michael Woods

If and when a Harvard education or the vocational training equivalent is readily available, can we all decide to seriously consider the voices of those seeking to eliminate professional boxing from society?

When there are more viable pathways to prosperity for the kids who live in an oft-bleak place, such as Hartford, Connecticut, like some of those who will be fighting on the first card put together by boxing guy/businessman Tony Blanco, and light heavyweight Richard Rivera (7-0, 6 knockouts), June 16, then we can talk abolition.

Until then, I suggest we continue to make clear to the masses that boxing, counter-intuitively to people who see the sport only as a route to CTE, is a net positive to our society.

“My upbringing, nobody around around here had it easy,” said Rivera, a 27-year-old spinach devotee who goes by “Popeye.”

“My pop was always beating me. There was physical abuse all the time. I got kicked out of my house at a very young age, and lived with friends. I was 12, 13. I was trying to be roughest and toughest on the street but now I’m a man; I see better ways.”

Rivera spoke more about Hartford Boxing Promotions’ goals for this event and beyond. “To bring boxing back; that’s what all this is about. Coming from a tough neighborhood, bringing positivity to the community, we will spotlight the best Connecticut fighters. Please buy tickets; don’t ask for freebies. We have to gather together, like a village. It’s a tough ‘hood and everyone is sometimes looking for a handout but we need to get together.

Rivera sees himself as “an up ’n’ coming fighter. I still need to make a name for myself. I have a lot to prove, and I’m ready to basically show everybody I’m a force to be reckoned with.”

His 9-to-5 is boxing, full time, and he swears he actually does like spinach. “I’m a smaller guy, with big forearms,” he said, explaining the Popeye persona. “And I’m always in the gym, and I’m looking for my Olive Oyl!”

Rivera is in lockstep with real estate developer Blanco, who sees Hartford as a place where it is easy to fall between the cracks. No surprise to some who see the opioid epidemic and rising suicide rates, what with so many regions having not adapted to the new global commerce reality. Goods are assembled overseas and shipped here, where persons are encouraged to buy, buy, buy. We are a nation of consumers but real wages haven’t lifted past inflation in 40 years. Once upon a time, a single income could buy a house, car and vacation time, and money could be deposited into a pension plan, from the company in which you would work 35 years. Now, not so much. It’s every man for himself. Every year that passes sees fewer and fewer jobs being full-time positions, with benefits. The oldsters like to rail against the youth as being entitled and spoiled but the costs to educate one’s self can put people into six-figure debt now, and people are encouraged to chase money, instead of choosing vocations that benefit more of the masses. Be a teacher and you end up taking money out of your own pocket to pay for kids’ school supplies. All in all, despondency is up; opportunities are down, and people are floundering. Boxing gyms can be a salvation, as reason for being, a community center, a place where mentors and meaning can be found.

The Brooklyn-born Blanco lived in Puerto Rico, then Florida, and now lives in Wethersfield, Connecticut. He is married to a woman who was raised in Hartford, and they have six kids and five grandkids.

He opened Hartford Boxing Center Gym, with partner Michael Tran, in 2014. A young guy Blanco knew went to him for help guiding his career, and Blanco saw one obstacle being a lack of quality facilities in which to train around Hartford. He trains Rivera and, in fact, trained and sparred but never fought a round, amateur or pro. He does commercial and residential real estate in the region, and successes in deals have given him some capital to invest in the gym, and in some of the kids who’ve done well enough to repudiate the call of the streets, instead pursuing success in the squared circle.

Blanco wasn’t planning on getting his hands dirty so much. He was in the gym office, letting Jose Colon do the training. But the gym filled up and Colon had too much on his plate. “He was supposed to bring in team of trainers but the gym got very popular very quick and I said, ‘I can’t stay in office and watch the old man do all the work.’ So he showed me the ropes. I guess I became very good at it; I’m in love with the sport and I love being in the corner.” He quickly saw Rivera’s promise and leadership qualities, so he took him in as a partner, and they are working on the June 16 fight night together.

“I’ve always been a boxing fan, as long as I remember, been a fan my entire life, and PR is also a hotbed. I know the history of boxing in Hartford. To be able to be received with open arms and bring back the excitement is an amazing feeling. The public and boxing people have embraced me.” He knows that the area has not been able to feel lasting excitement in rallying around A-grade talent often enough. Marlon Starling had his time in the sun 30 years ago but it’s time for new players to rouse the locals, Blanco feels.

“I think the city needs it. It’s well-documented it’s a rough city, and people need a role model kids can look up to. Will it be difficult to pull off this show? The sanctioning fees are tough; I’m going to be honest. You have to pay the state $13,000 to do a show, and that doesn’t include $5,000 for the doctors and timekeepers and judges. That’s close to $20,000. Add the venue and it’s over $20,000. And then you pay the fighters! It’s a tough business. Those promoters who’ve been afraid to do a show in Connecticut will see how successful we are going to be. I want everyone to come here and be successful. It helps the fighters; we want to build a local following. A lot of promoters are reluctant to spend money here. We will be an example to them; we want the Lou DiBellas and Golden Boys, all the major promoters here.”

Rivera will be a solid draw for the first show, as will Sharad Collier, who will debut as a pro, after hitting his final amateur competition, a National Golden Gloves event in Omaha last month. The 21-year-old grew up in the south end of Hartford, and told me it was a “rough neighborhood.”

His dad was in and out of prison, and Collier spent time in a detention center. A judge told him to go to a gym, and he complied. He was heavy and liked losing weight. While on house arrest, and wearing an ankle bracelet, he kept training. He lost his first fight but kept on coming in. Some momentum accumulated and he won 15 straight, winning the New England Golden Gloves twice. Then, three years ago, a beloved uncle was murdered during a fight night. “He went outside; we don’t know the details. Was it a robbery? He was shot and killed. I felt responsible. I still feel that a bit because he bought me my first boxing outfit and boots. He always told me I could be a world champion one day. I told myself he wouldn’t want me doing anything else but this.”

In Omaha, Nebraska, Collier fought at 141 pounds. He lost to a kid from Brooklyn, and he’s happy to transition to the pro scene. “I’ve always felt like I had a pro style; it fits me little bit more. Age was a little factor too. I told myself years ago, at 21, I would turn pro. My style, I can box and brawl too. My favorite is Floyd Mayweather, box, counterpunch, use my speed. I like to throw combos; I like the flashy side of boxing. Like Floyd and (Adrien) Broner, I like to please the crowd.”

He too knows Hartford needs this gym to succeed, and this promotional event to turn into a series. “I tell Tony and his wife and staff that, without this gym, I don’t know where I would be. Succeeding, that’s the goal. I’m a kid who sets a lot of goals for himself. Hartford hasn’t had a champ in 30 years.” Old-timers know the names of those who put Hartford on the map, in the fight game. Willie “Will o’ the Wisp” Pep, Christopher “Battling” Battalino, Starling, world title challengers Gaspar “El Indio” Ortega, and Israel “Pito” Cardona and 1996 USA Olympic Boxing Team captain Lawrence Clay-Bey. “Me and Rich Rivera both set a goal; we’re going to change that.”

The odds aren’t with Rivera and Collier, in a bid to both become world champs. But frankly, they’ve already defied odds in not becoming negative statistics, in prison, dead or barely hanging on, on the fringe. Blanco told me Rivera has been feeding the homeless for about five years, and doesn’t brag about it. Merely doing this, embracing the mission at trying to give the community a space where have-nots can get a hand up confers upon all involved glory and honor, really. I left it to Rivera to offer the last words, lead the case for bringing something good to one of the poorest cities in the United States, with 30 percent of its residents living below the poverty line. “We will showcase all the best fighters in Connecticut on ‘Fight Night at the Capital,” he said. “Sharad will set pressure on me; I want to win impressively.” Rivera isn’t too cool for school. He tells me outright that he wants this first card to be the start of something great and lasting. “Our goal is trying to be the role models because we don’t have a lot of them out here.” He then did a “toot-toot” and said, “I’m strong to the finish ‘cause I eats me spinach,” and bid adieu, heading off to the gym for another workout.