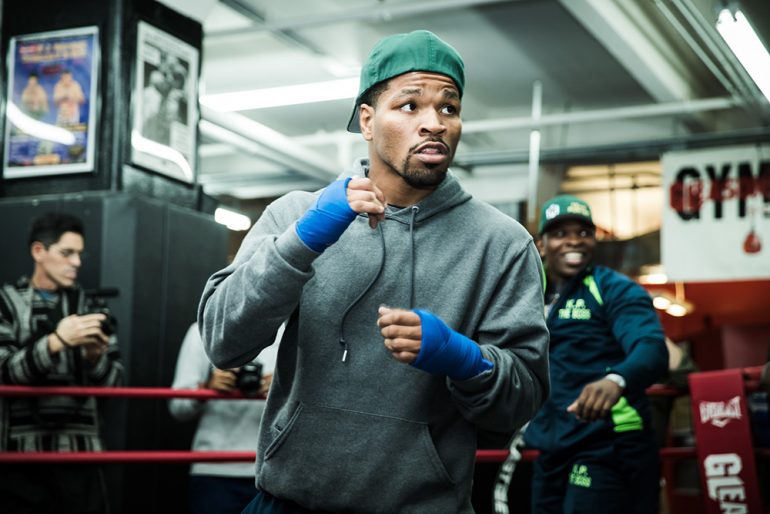 25
May
by Mike Coppinger

In a year chockfull of intriguing coin-flip title fights, another one is on the books for late summer.

A scheduled purse bid was cancelled Friday when a deal was struck to pit Shawn Porter against Danny Garcia for the vacant welterweight title, WBC president Mauricio Sulaiman told THE RING. The clash is being lined up for a Showtime main event slot on August 25 at Barclays Center in Brooklyn, New York, a source with knowledge of the plans told THE RING.

Former welterweight titleholders Porter and Garcia will vie for the 147-pound belt relinquished by Keith Thurman last month as THE RING’s No. 1 welterweight contends with injuries to both his hand and elbow.

Both Porter and Garcia (rated No. 4 by THE RING) have faced Thurman and lost. Porter via razor-thin decision in a fight of the year candidate in 2016, and Garcia last year in a less eventful bout. Once Thurman is recovered, he’ll be granted an immediate shot at the winner, a provision that was inserted when he willingly relinquished the belt.

Porter, THE RING’s No. 3 welterweight, is coming off consecutive impressive performances. He used his patented non-stop pressure style to stop former titleholder Andre Berto in April 2017, and followed up with a wide-points victory over Adrian Granados seven months later.

The 30-year-old fighter from Las Vegas has been calling for a fight with Garcia since last year, and now, he’s mere months away.

“I think I can outbox him and I know I can out-punch him,” Porter (28-2-1, 17 knockouts) told THE RING in September. “You don’t see that often. People call him a cherry-picker. … The guys that they put in front of him are guys that match up with his style.

“It’s time for me to fight a guy who matches up very well with my style. The great part about it is, I have multiple ways of beating him.”

Garcia (34-1, 24 KOs) was off nearly a year after the loss to Thurman, the first setback of his pro career. The 30-year-old Philadelphian returned with a spectacular ninth-round stoppage of former titleholder Brandon Rios (well past his best days) in February.