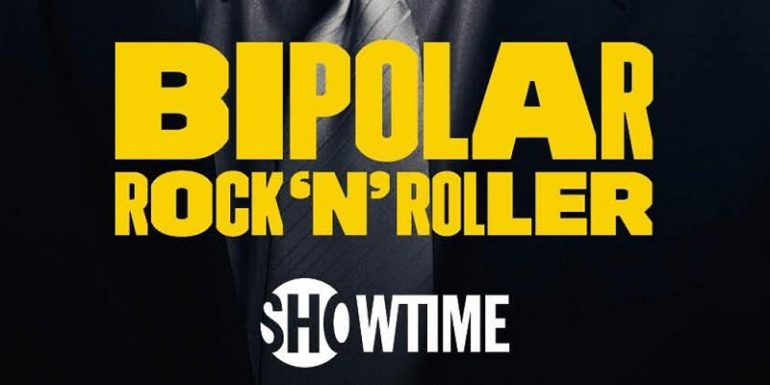 23
May
by Michael Woods

The line between genius and insanity is probably thinner than most of us believe.

That line, that relationship, is front and center in the new Showtime documentary “Mauro Ranallo: Bipolar Rock ’n’ Roller,” which examines the life and times of fight caller Mauro Ranallo, who does blow-by-blow for Showtime and Bellator MMA and also calls action for the WWE’s developmental brand NXT.

The doc, which came together when a friend of Ranallo’s started filming the Canadian native in his apartment, as Ranallo was having down time, is engrossing, illuminating and important, in that it allows viewers to see the ravages of bipolar disorder, raw and real and in their faces.

Ranallo has been hospitalized eight times in dealing with the condition, which whipsaws him between mania and then vicious lows, which, he admits in the film, have led him to contemplate suicide.

The doc had a New York premiere at the Paley Center, in Manhattan, on Tuesday evening, and truly all involved in the effort deserve a round of applause because nothing Showtime will screen this year will be as impactful as this truth-telling session.

We see Ranallo’s rise from a farm in Canada, in which he chafes at doing chores and instead sequesters himself in his room, poring over reading materials. He takes to the souped-up soap operatics of professional wrestling early on, and bonds with a father who has a hard time understanding his high IQ kid, one of three boys, and his way of looking at the world. Ranallo’s genius is fully recognized when he gets a gig calling some local pro wrestling action, as a teen, and he gets jaws dropping with his delivery and knowledge base, as well as his charisma. But the ascent is interrupted, as demons lurking in his brain become more active. His best friend’s sudden death, at 19, hit Ranallo in the gut and forced a breakdown. Periodically, since then, he’s contended with low spells, which have him righting his mental equilibrium in a hospital setting. Medications dispensed to smooth him out make him worse, he shares, and today he makes clear that, as much as anything, cannabis has proven to be the best remedy for some of bipolaritiy’s low blows.

Ranallo, 48, tells the camera of his difficulty in trying to tame his brain, which sends him negative messaging, and makes him hyper-critical of his performances, even as he calls some of the most high-profile sports entertainment events of the age, including the Floyd Mayweather Jr. vs Conor McGregor fight.

I wanted to shake Ranallo’s hand after the film screened, and a panel which included the filmmaker Haris Usanovic, Ranallo himself, Showtime digital head Brian Dailey and the producer and footballer Brandon Marshall, who battles borderline personality disorder, had their say.

But the subject of the film shook a few hands, chatted with bigwigs and then went to get some air. I’d surmise that seeing oneself in those raw moments, like at 3 a.m. when during a manic spell, he allowed the director to capture him being brutally honest about the condition, which has him on a roller coaster of emotions, was draining.

It had to be a trip, good and bad, for Ranallo to see the footage of himself as a teen, playing a heel manager for Canada’s “All-Star Wrestling.” The tape came from a box of VHS cassettes Ranallo had saved, and the fact that the tape goes off kilter some fits the tone of the storyline. I repeat, the courage it took for him to allow this deep dive into his oft-hellish existence is immense. He and the whole crew deserve unreserved props for presenting a film, which will save lives. This account is arriving smack-dab in the start of a push to “normalize” mental illness, help the masses understand that “disorders” such as depression, anxiety, bipolar and the like are not rare and best to be hidden from view but rather they are present all around us, with which are more easily battled if we don’t hide them away ashamedly.

Chalk this effort up as the biggest victory of Ranallo’s career – and life.