Jamie McDonnell confident of taking down ‘The Monster’ 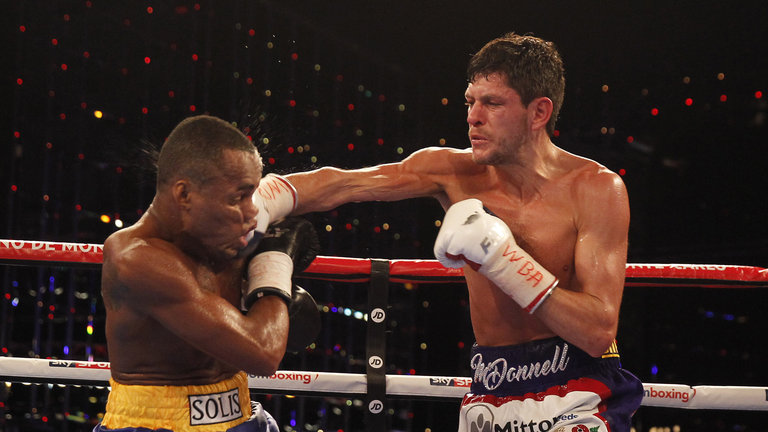 When someone is confronted by a CGI-created monster in the movies, the standard response is for the overpaid actor to play scared and run like hell.

Jamie McDonnell doesn’t do Hollywood, and this Friday’s 12-round bantamweight clash with unbeaten pound-for-pound star Naoya Inoue, nicknamed “The Monster”, is most certainly not a movie. The 32-year-old Englishman has travelled almost 6,000 miles to Japan for a showdown against one of the most feared fighters in world boxing.

And the best part is, McDonnell, accepted the fight at the Ota-City General Gymnasium without hesitation.

“These fights bring the very best out of me and routine fights don’t,” said McDonnell, who arrived in Japan over the weekend after completing a portion of his training in Dubai. “I have it all to prove, so this is the best camp I’ve ever had, the hardest I’ve ever trained and the best I’ve ever done my diet. I’ve done everything perfect, so there’s no excuse not to go out there and beat him.

“I squared up to (Inoue) today (Tuesday). We didn’t do a face to face, it was just a medical thing with the press (in attendance). I feel massive against him. He can bang, but he can’t keep coming up through the weights and wiping people out. I’m a big bantamweight. He’ll have a bit of power, but I’m sure I can handle it and do my thing.”

McDonnell (29-2-1, 13 knockouts) is a genuine fighting man who is trained by acclaimed British coach Dave Coldwell. An ex-pro, Coldwell recently took Tony Bellew to a second straight upset victory over David Haye at heavyweight, and he confirmed that his charge is not in “The Land of the Rising Sun” to make up the numbers.

“Jamie is in a great place, and we know what we’ve got with Inoue – he’s ‘The Monster’. He goes out there and blasts everyone out and he’s a pound-for-pound fighter. But if you look through who he’s been fighting – and I’ve watched a lot of his fights – everybody is terrified of him. There’s a big difference between having an opponent who is terrified and having an opponent who expects to win. Jamie expects to win.” 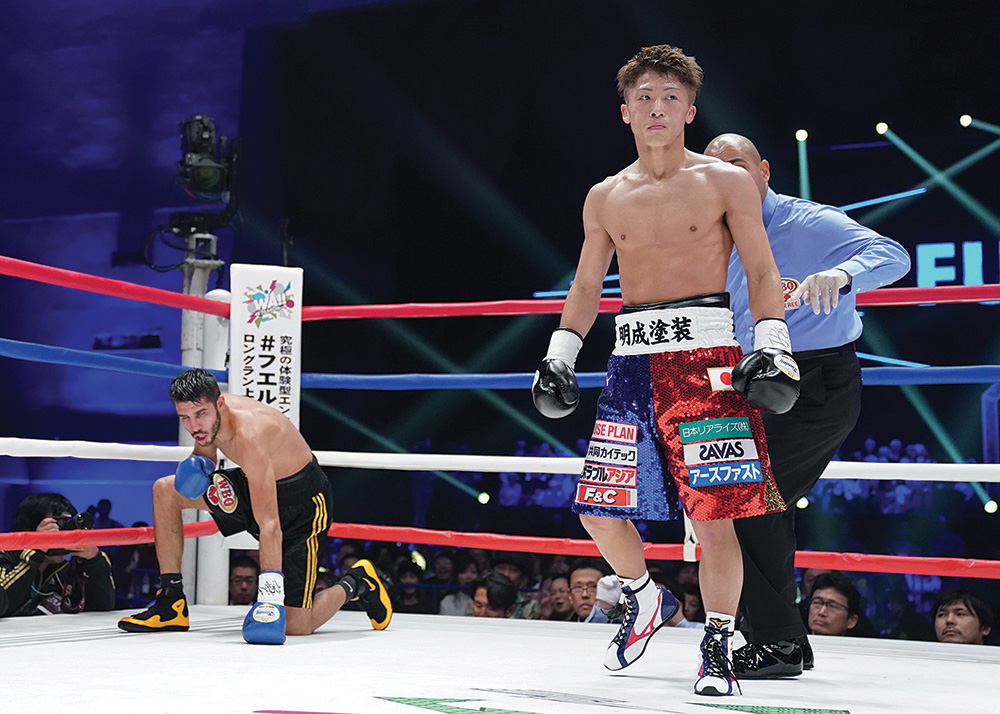 The unbeaten Inoue has stopped 13 of 15 opponents. Photo by Naoki Fukuda

McDonnell does expect to emerge victorious, but the former IBF titleholder was a little reticent to disclose tactics for the toughest challenge of his career. Coldwell, however, has been reviewing Inoue (15-0, 13 KOs) for months and was happy to analyze the unbeaten two-weight world champion and offer up some of the tactics that could be successful against him.

“Inoue hunts you down, then you get caught when you’re square on and out of balance and that takes its toll,” Coldwell revealed. “Jamie will use his height and his size, but you can’t run from a fighter like Inoue. It’s about stepping at the right time and you need to be prepared when he gets on top of you.

“Jamie’s defense on the inside is a lot better than what people think. If you look at the fights against Kameda, he keeps his head out the way and makes him miss up close. That will be vital in this fight. His little counters will be vital. He can’t just make Inoue miss, he has to give him little digs. We expect Inoue to come steaming at him for four or five rounds, but if Jamie gets through those rounds without too much damage and returns with little counters, then you’re going to see a fantastic fight.”

In his two most recent outings, McDonnell engaged in wars with former unified junior bantamweight titleholder Liborio Solis. The first fight ended in a controversial decision victory for McDonnell and the second was declared a no-contest after three rounds when the Englishman suffered a serious eye cut. Solis was smaller in height and stature to Inoue but still managed to draw McDonnell into a fire fight.

If Solis could close the gap and get off effectively, what can Inoue do?

“Solis was a good fighter, but he was a bit over the hill,” said McDonnell, before justifying those performances. “He gave me a good run for my money, but my head wasn’t on it. This fight, my head has been on it and you have a different mindset when you’re going in against the very best.

McDonnell doesn’t believe in monsters – he believes in himself.

Editor’s Note: McDonnell will be defending a version of the WBA bantamweight title which is unrecognized by THE RING. Ryan Burnett is the reigning WBA titleholder at 118 pounds.