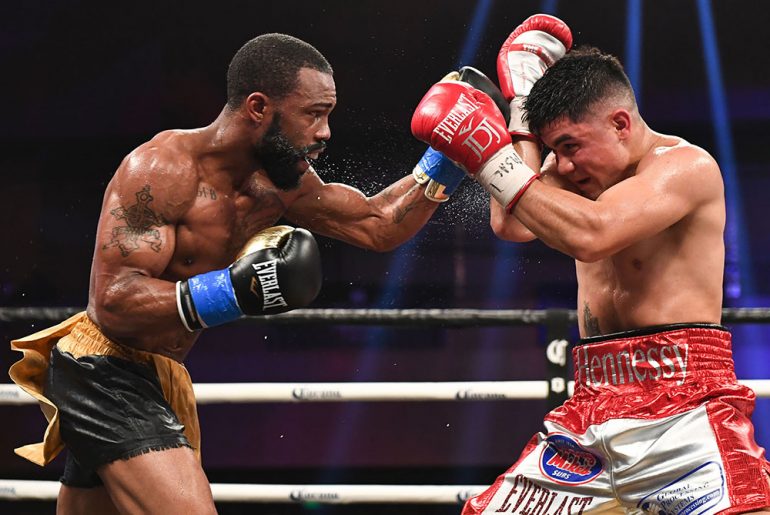 OXON HILL, Md. — It was certainly a lot closer than what some of the judges saw. The wet, hard slaps to Gary Russell Jr.’s sides were proof of that. Joseph Diaz Jr. kept coming forward, stalking, dipping, then ripping another body shot. Russell, the WBC featherweight champ, kept splitting Diaz’s high guard, kept pecking away with his lightning jabs, kept fending off Diaz’s advances with counters.

Russell wound up retaining the WBC featherweight for the third time with a unanimous decision on Saturday night at the MGM National Harbor, in Oxon Hill, Maryland. Russell (29-1, 17 knockouts) won by a unanimous decision by scores of 115-113 on judge Dave Braslow’s scorecards, while judges Dave Moretti and Nathan Palmer somehow saw a far wider difference, each scoring it 117-111 for Russell.

“I hurt my right hand in the second or third round, so we had to make the adjustments,” Russell admitted afterward. “[Diaz] couldn’t get past my jab. When he got close, we made sure to smother him. Then we reset and got back on the stick. We train to survive those body shots. We put the work in every day in the ring. We consistently grind and push ourselves to be great. We push ourselves to the limit.

“I was disappointed in my performance, because I wasn’t planning on going the distance. I hurt the right hand, but I still had to use it, because he could not get past my jab. The jab definitely dictated everything I did. My speed offset everything he tried to do coming forward.

“We want a unification. We want to unify this division, or we’re moving up in weight for another title. I want another belt.” 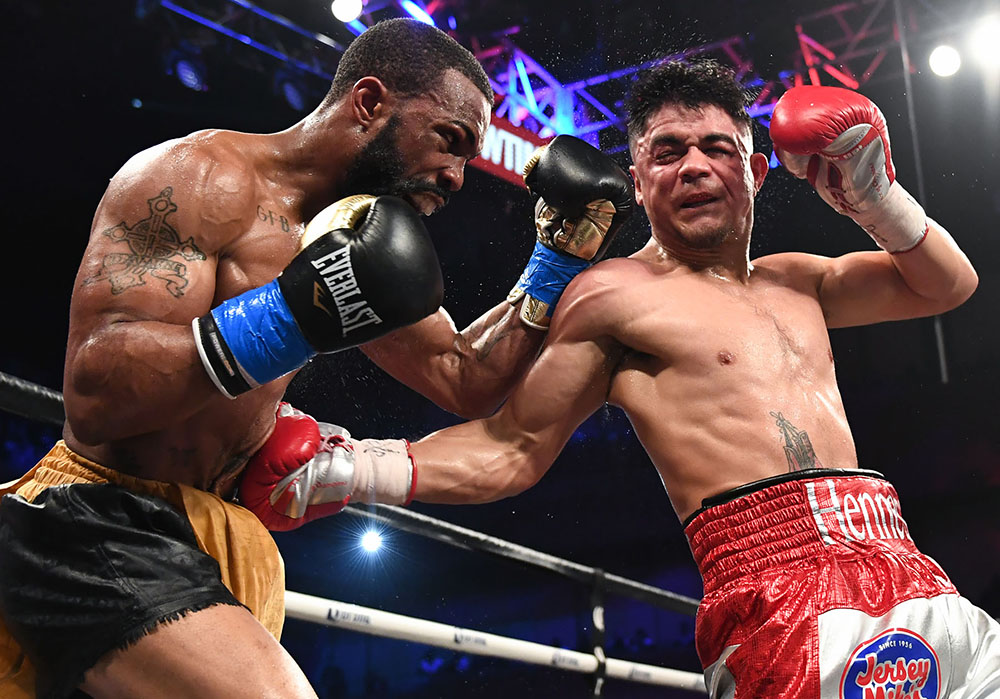 “The game plan was to break him down with the body shots and start attacking him more in the later rounds,” said Diaz, 25. “But I started attacking him too late. I didn’t pick it up until the 8th or 9th round. Gary Russell Jr. is a tremendous fighter and he did a great job keeping me at bay. I needed to start in sixth round.

“He was throwing a lot of pitter-patter jabs to keep me at bay. He was trying to keep me guessing and make sure I had to think about coming in. Overall it was a good learning experienced and I’ll definitely be back.

“I had a feeling he would try to stand … and give the fans a knockout. I didn’t think he would move quite as much as he did.”

Diaz maintained Russell “wasn’t hurting me with any shots. He was just very fast. It was keeping me guessing. When he threw combinations, I wasn’t able to set my shots. I was a little bit hesitant.

“This will just make me a hungrier fighter. I hope I got the respect of a lot of fight fans. I wanted to become champion against the best featherweight fighter in the world. Tonight wasn’t my night but I’m going to bounce back harder and I’ll be champion soon.”

Gary Antuanne Russell, the former 2016 U.S. junior welterweight Olympian, was the second Russell up. One look at the potbellied Wilmer Rodriguez (9-3, 7 KOs) bode well for a quick stoppage—and it’s exactly what happened. A southpaw, Antuanne Russell (5-0, 5 KOs) did what he was supposed to, knocking down Rodriguez twice before referee Bill Clancy called it over at 1:54of the first.

“It’s my hometown and I expect my hometown to be behind me and support me,” Antuanne Russell said. “This was a great experience competing here at MGM National Harbor. It was electric. It wasn’t my first time, but it always feels like home. It fills my heart up to be able to excite my hometown fans and give something back to all of them.

“I have no scars or bruises, it was quick and fast, so whatever my coach says, I’ll follow his lead. I followed his instructions tonight and executed. As a fighter I have to have a strong mental foundation. I wasn’t worried about how my opponent came into this fight, just that I was at my peak. With that focus, I was able to get the job done.”

The first Russell on the docket was Gary Antonio Russell. Antonio Russell got some good work in against Jonathan Lecona Ramos (17-20-4, 6 KOs), a tough Mexican who took a lot of punishment in a scheduled six-round bantamweight weight.

Working well up and down and mixing his punches, Antonio Russell’s first knockdown came off a right hook to the body. The southpaw’s only drawback seemed to be impatience. When he had Ramos in trouble, which was frequently, he tended to head hunt and wasted a lot of punches swinging wildly. Otherwise, he was smart, and his punches concise, leading to the second knockdown in the fourth, when Ramos collapsed under a barrage of punches.

To his credit, Ramos absorbed a lot of shots and didn’t stop coming forward. Finally in the fifth, another Antonio Russell (11-0, 9 KOs) forced Clancy to intercede and wave it over at :16 of the fifth.

By the sixth round, it appeared a matter of time before Aleem would stop De Angel, but not before the Colombian nailed Aleem with a right to the body, which was De Angel’s best punch of the fight. That was it, however, for De Angel.

Clancy ended it after the sixth when De Angel didn’t come out for the seventh.