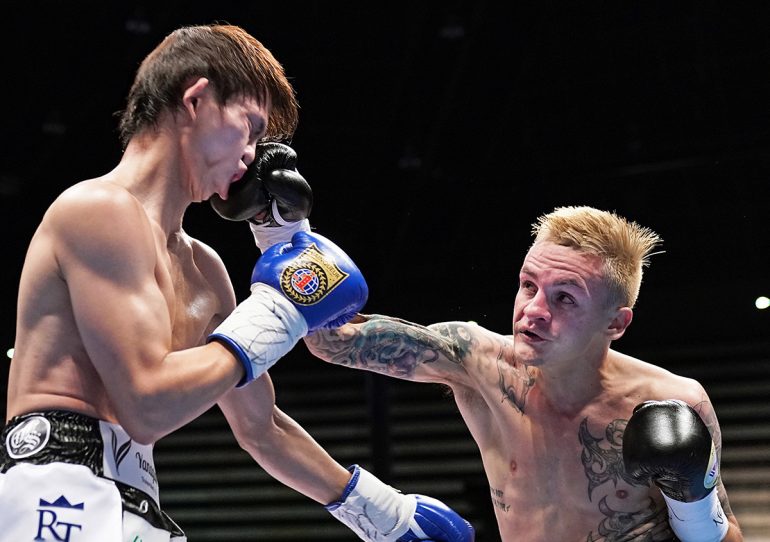 After years of being among the best little men in boxing, Hekkie Budler finally won the big one in Japan.

The rugged South African defeated Ryoichi Taguchi Sunday by unanimous decision to lift THE RING, IBF and WBA junior flyweight titles at Ota-City Gymnasium in in Tokyo, Japan. The scores were 114-113 on all three cards.

Budler (32-3, 10 knockouts), a hard-luck fighter who had won the WBA strawweight belt but came up short in close title fight losses to Byron Rojas and Milan Melindo, got out to a strong start against the hometown fighter, using his footwork and awkward counter punching to disrupt the rhythm of Taguchi (27-3-2, 12 KOs) and land with flurries and overhand rights.

Taguchi, who had made seven defenses of the WBA belt and defeated Melindo on New Year’s Eve to annex the IBF, also had to deal with a bloody nose from the third round on plus Budler’s effective body work, which included a rally of ten straight unanswered body blows in the fourth round. 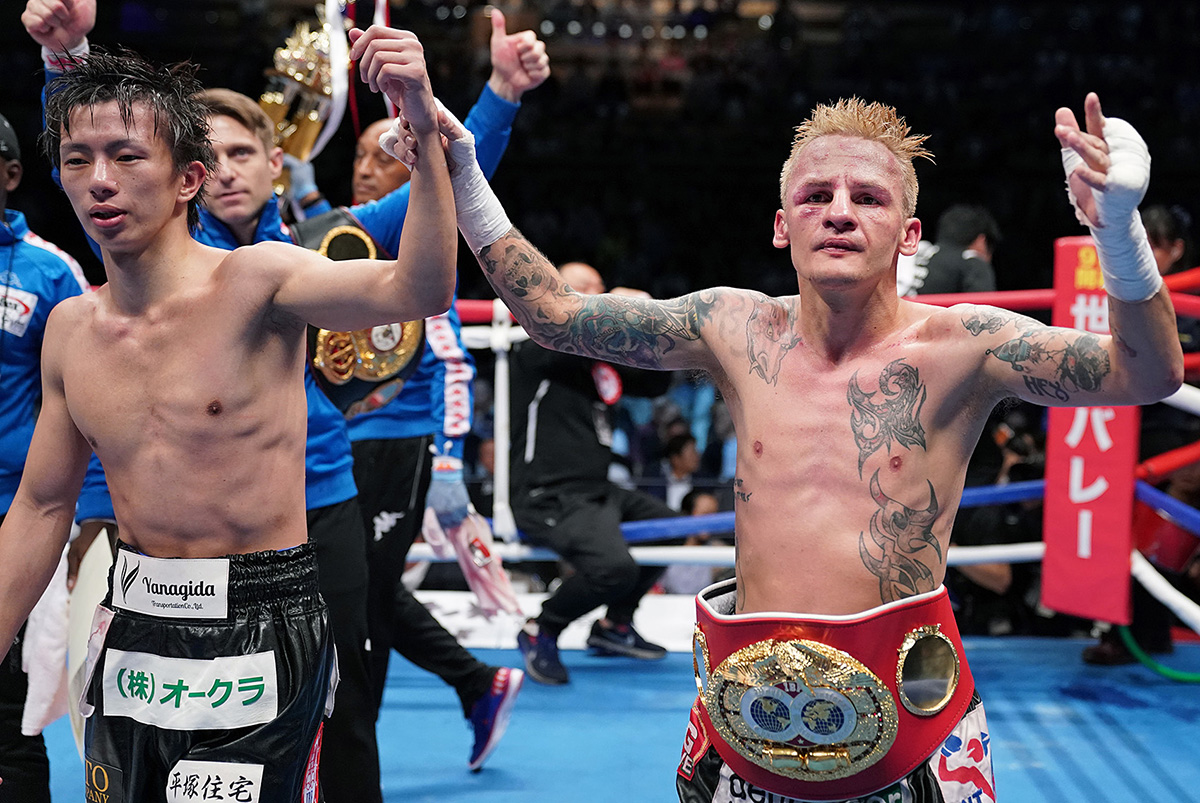 Through the middle rounds the pattern continued, with the shorter but quicker Budler using his movement to set up punching angles and outfight Taguchi, who didn’t start getting the better of the action until the final third of the fight as his own body punching began to take effect.

A minute into the 12th round, Taguchi caught Budler coming out of a weave and landed a clean left hook while Budler was attempting to throw his own, sending Budler down. American referee Sam Williams initially ruled it a slip, and Taguchi closed the final round the stronger of the two.

The missed knockdown was reviewed after the round and the twelfth was scored 10-8 in favor of Taguchi, but Budler’s quick start (he won the first four rounds on all three cards) enabled Budler to bank away seven rounds heading into the final round.

Scorecards for Hekkie Budler-Ryoichi Taguchi: All 3 judges scored the first 4 rounds for Budler, and credited Taguchi with a 10-8 twelfth round with the knockdown (H/T @asianboxing, BoxMob) pic.twitter.com/XjpHZy8FgB

Budler had been rated the No. 6 contender by RING at 108 pounds, and was at one point the no. 1 contender at 105, but this marks the biggest win by the Johannesburg native, who celebrated his 30th birthday on Friday in Japan just a day before the weigh-in.

He’ll have an even bigger reason to celebrate once he gets back home with his belts.

The loss was Taguchi’s first since 2013, when he lost a decision to Naoya Inoue for the Japanese junior flyweight title. 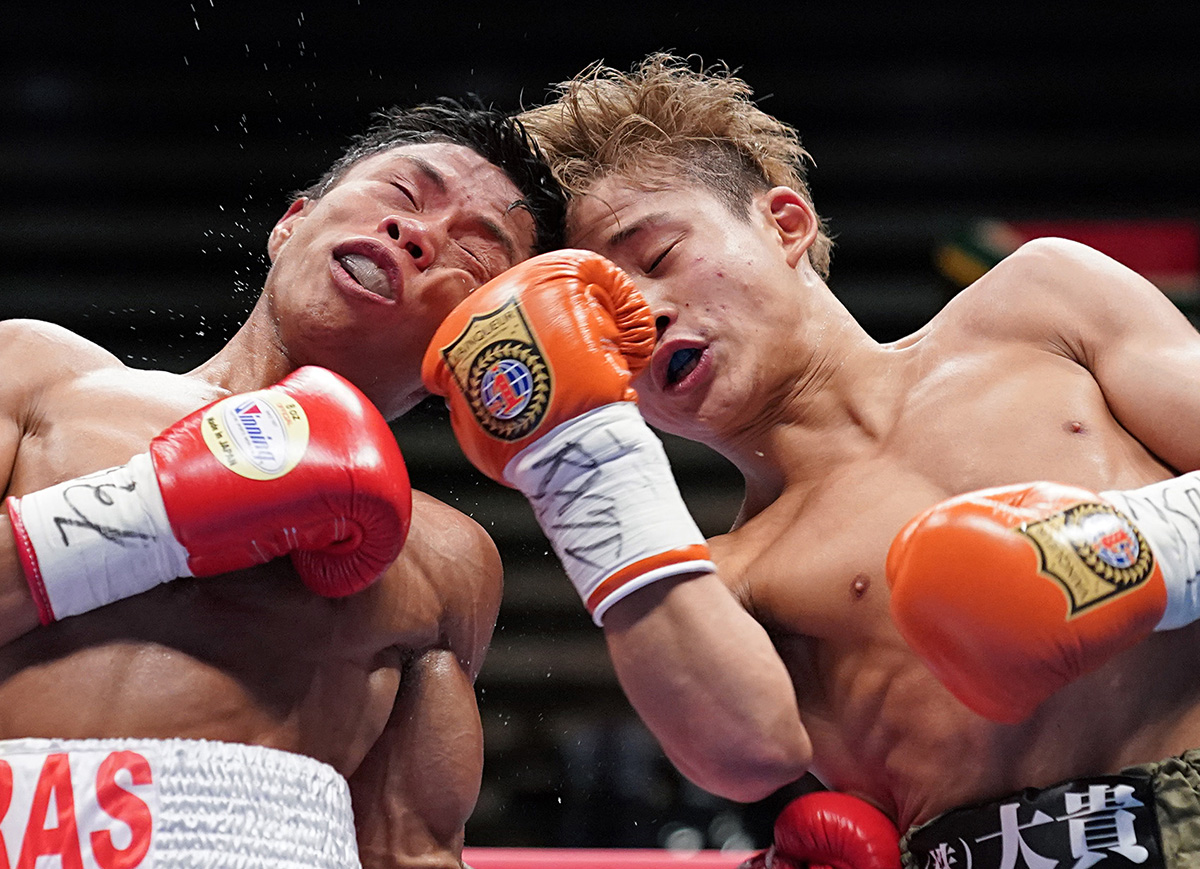 In the co-featured bout, Hiroto Kyoguchi had to rise off the canvas in the third round against inexperienced Filipino challenger Vince Paras but held on for a unanimous decision win to retain the IBF strawweight title. The scores were 117-110 across the board for Kyoguchi (10-0, 7 KOs), who was making his second title defense.

Paras (13-1, 11 KOs) of General Santos City, Philippines is just 19 years old and had fought just three times in scheduled 10-round bouts and never before in a 12-rounder. He is likely to be back at this stage again in the not-so-distant future.