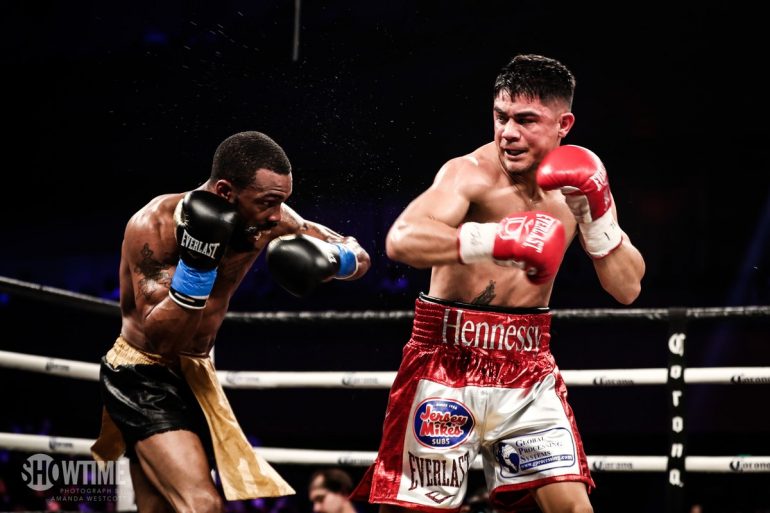 Diaz (26-1, 14 KOs) was able to compete in the early rounds by countering to Russell’s body and punching around the Washington, D.C. native’s high guard with overhand lefts. However, the 29-year-old titleholder, who averaged close to 90 punches per round, took over the middle rounds by abandoning his attack plans and adopting a stick-and-move strategy. Diaz stopped punching as he followed Russell around the ring and the veteran fighter was able to handcuff the younger man with his blazing jab and combinations.

Diaz rallied in the final round, punishing Russell’s body and pushing him around the ring, but it wasn’t enough to overwhelm the hometown favorite and too late to make a difference in the scoring.

A full ringside report from Joseph Santoliquito will be posted later.