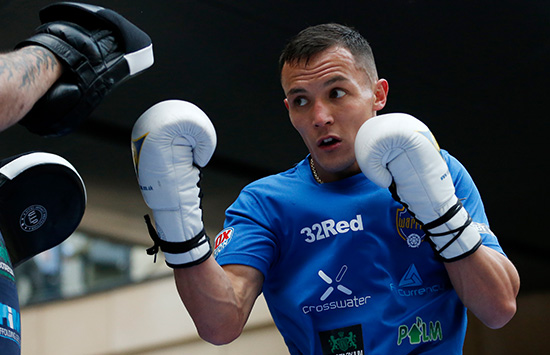 Josh Warrington gave his hometown fans a reason to cheer in ecstasy after defeating Lee Selby by split decision to win the IBF featherweight title on Saturday in Leeds, United Kingdom.

In front of a packed Elland Road Football Ground, home of the Leeds United Football Club, Warrington (27-0, 6 knockouts) surged to an early lead, darting in and out against the taller Welshman Selby, opening a bad cut on his left eye and another one over his right a few rounds later.

Selby (26-2, 9 KOs) showed plenty of fight, settling down in the third and fourth rounds to establish his boxing activity, but the combination of Warrington’s activity and his ability to outjab the taller man throughout were too great an obstacle.

At the end of the 12th round, Warrington raised his hands up while Selby looked resigned himself to his fate. They knew, and so did the Leeds faithful.

The fight was streamed live in the United States through Showtime’s Facebook page, one of three world title fights the premium cable network is airing today.