Koncz quashes rumor: Pacquiao-Matthysse not in jeopardy, he says 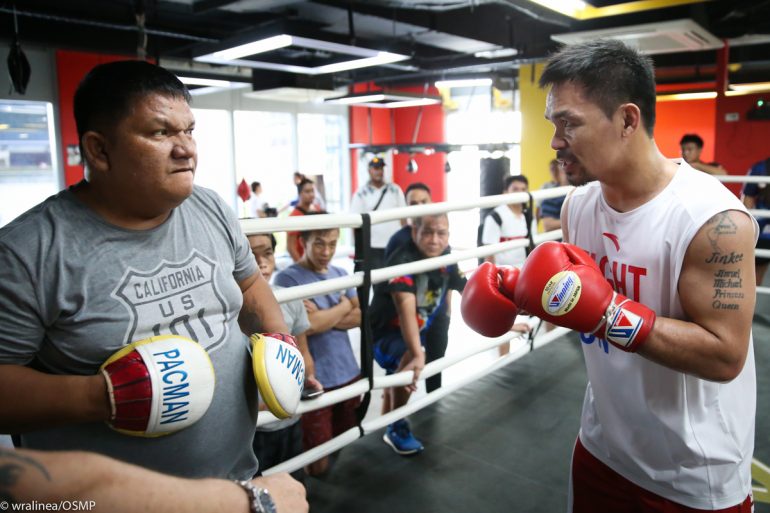 Rumors are pinballing around that the Manny Pacquiao vs. Lucas Matthysse show, set for July 15 in Malaysia, is on thin ice, and is in danger of being postponed.

“I just got off the phone with Manny, and his reaction was, ‘Who said that? It’s fake news,” Pacman advisor Michael Koncz told me on Saturday morning.

“One hundred percent the fight is going on as planned. I’m not sure who’s starting the rumors.

“Manny’s training is going very well. He understands the importance of this fight, coming out on top. He selected the opponent, someone who will make action in the ring, put on a  good show for all the fans.”

As for the rumor, Koncz said, “It’s not OK to have that out there. Is there proof the financing is fine? Yes, we’ve made deposits.”

The Canadian-born right-hand man told me that yes, there is a learning curve in play, being that Manny Pacquiao Promotions hasn’t pulled off such a promotion. “I will admit we are behind on certain things. It’s our first big show for ourselves. For example, we expect tickets on sale within a week or 10 days. That should have been done; I’m not going to be a fool and say otherwise. But there are no issues with the investor. We have a Malaysian and a Filipino team working on things, so there are lots of moving parts. But everything is going ahead as planned, there was never any doubt.”

The rumors making the rounds lack specificity. I asked Koncz: Could he shed some light, identify the person or persons who are doing the financing?

He said it was a Malaysian entity, but didnt wan’t to get into specifics about whether it is a single person or a consortium. “Some people are just not looking for publicity,” he said. “But everything is good. We’re not certain who created the fake news or why. I’m sure lot of people want to see us fail at this endeavor; that’s probably why this is out, because they want to see us fail as a promotion. And we’re not going to!”