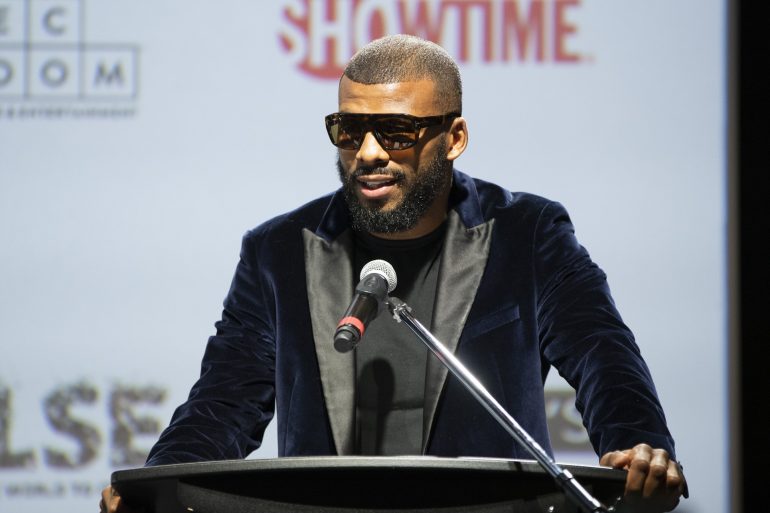 Photo by Esther Lin/Showtime
17
May
by Mike Coppinger

That will have to wait until the sun rises Monday and he’ll continue fasting until sunset. He’ll do so all the way until June 14 when the holy month concludes — 25 consecutive days of no food or drink (including water) from dawn to dusk.

You’ll have to forgive Jack for breaking with Muslim tradition for four days. You see, Jack’s faced off against five current or former world titleholders, one after another, a streak that began in April 2015 and continues with his next foe, when he’ll make it six. But none of them quite stack up to Adonis Stevenson.

Jack (22-1-2, 13 knockouts) is deep in the throes of fight week, and he’ll need all the proper nutrition he can get his hands on ahead of his showdown with the lineal/WBC light heavyweight champion on Saturday at Air Canada Centre (10:05 p.m., Showtime) in what shapes up as a career-defining night.

Indeed, Jack’s string of victories since he suffered a first-round stoppage loss to Derek Edwards in February 2014 has been among the best in the sport. The Las Vegas-based fighter said the upset defeat was a “wake-up call,” and he responded by not only delivering better performances, but against a different level of opposition. 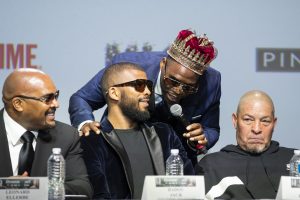 Two fights after the setback, the native of Sweden earned his first world-title opportunity and cashed in with a majority decision win over Anthony Dirrell. Next came super middleweight title defenses over George Groves and Lucian Bute, proof that Jack was no fluke. Instead, he retooled himself at the Mayweather Boxing Club and became one of the most improved fighters in the sport.

All those impressive performances, even his best, the disputed draw against James DeGale, left no doubt he’s a world-class fighter. To beat Stevenson, the 34-year-old will have to prove he’s even a cut above that acclaim. Stevenson isn’t just an elite fighter and of the sport’s most fearsome punchers. He’s a natural light heavyweight, and this is just Jack’s second fight at 175 pounds.

It wasn’t just pre-fight bravado when Jack said he’s faced the better opposition. It’s really no contest. Stevenson, who will turn 41 in September, has feasted on plenty of no-hope foes in his eight title defenses. The Canadian’s career-best victory came when he vanquished Chad Dawson with a single left hand in the opening round of their June 2013 bout to win the title.

And it’s that very left cross that remains one of boxing’s most potent weapons, a punch Jack must avoid if he wants to come out on top. Even if Jack called Stevenson (29-1, 24 KOs) a “clown” for wearing a crown on his head, the Olympian knows he’s no joke inside the ring.

“I think it’s about being a smarter fighter, I think that Badou is the smarter guy,” Mayweather said. “I’m proud of Badou, class act, carries himself in an orderly fashion, a true gentleman and this is what we need in the sport of boxing.

” … Adonis Stevenson, he’s done something thus far right to get to this point. I think this is his ninth defense, so he’s made some noise. But our guy has the heart of a lion. He said ‘I’ll go to his turf, wherever he’s at, you know, I’ll fight him. … One thing we do know about Badou Jack: He can give it and he can take it and he’s not going to back down from any opponent.”

The question in Jack’s mind is whether Stevenson has that same quality, to be hit square by a puncher and keep on coming. Stevenson, too, was stopped by a journeyman before he became champion, a second-round stoppage to Darnell Boone in 2010.

And now it’s up to Jack to inflict that same defeated feeling on Stevenson again.

“I’m ready to weigh-in, eat good and get the fight on.”

He can indulge himself in the finest food Toronto has to offer soon enough, but when Monday rolls around, the fast is on.

And when you miss a few days of fasting, one can make those days up, provided the observance takes place before Ramadan begins the following year.

Jack said he’ll do exactly that later in 2018. If all goes according to his plan, all those long hours of no food and water will tick off just a little easier this time around.