Romero Duno out to prove he’s ready for primetime 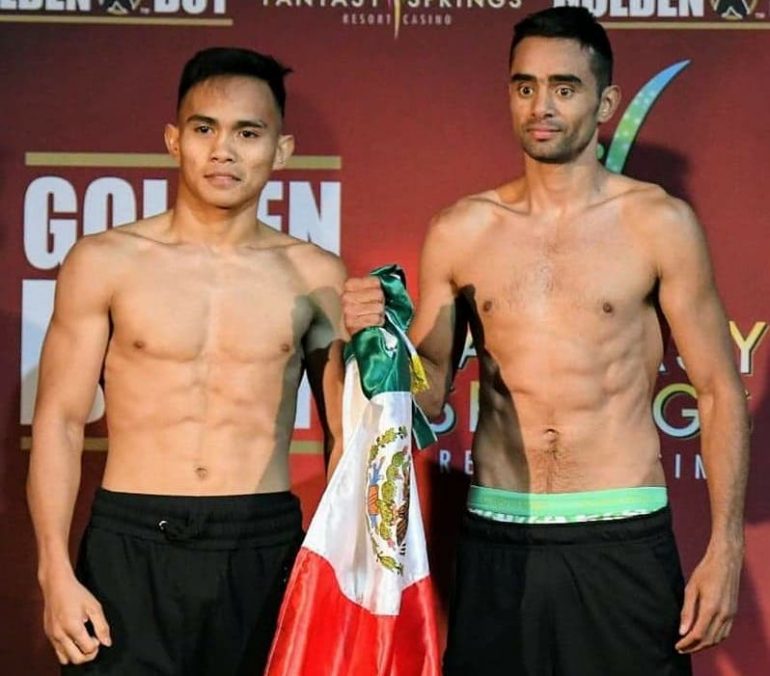 From the B-side, to the undercard, and now to the main event.

Romero Duno headlines his own card on Thursday when he faces Gilberto Gonzalez atop a Golden Boy on ESPN2 card in a scheduled ten-round lightweight bout.

Duno (16-1, 14 knockouts) was first booked in the United States in March of 2017 as an opponent for the then-unbeaten Christian Gonzalez, but pulled a spectacular upset with a second round knockout.

The win earned him a contract with Golden Boy Promotions and the blue chip treatment, including two straight spots underneath Jorge Linares’ title defenses at The Forum, where he’s looked devastating at times (in his 61-second destruction of Yardley Armenta Cruz), and like a a prospect still learning on the job (in his competitive decision win over Juan Pablo Sanchez).

Gonzalez (26-4, 22 KOs) of Mexico City hasn’t fought since April of 2017, when he dropped Mercito Gesta before losing a decision. Gesta went on to fight Linares for the WBA and RING lightweight titles in his next fight, losing on points.

How well the 22-year-old Filipino slugger does Thursday determines whether he gets bumped up in class or if he’ll still be viewed as a work in progress.

“It’s a tough fight because I expect Gonzalez to come out from the very first round, that’s his style, guns blazing. I’m hoping to see Duno be able to control, compose himself, and find the openings,” said Golden Boy matchmaker Robert Diaz.

“It’ll be very telling. The last guy to beat Gonzalez, Mercito Gesta, went on to fight for the world title. Depending on how well he does will tell us if he’s ready for a top 15 or a top 10 (ranked opponent). But I expect he’ll do very well. It depends on how well he does.”

Duno told THE RING last month that he hoped to get a championship fight this year, and promised to “fight to the death to get that belt” if he did receive such an opportunity.

“If he goes out there and knocks him out in 2-3 rounds, that’s very telling that he can give anybody a real challenge,” said Diaz.

The fight will air live at 10 PM ET/7 PM PT Thursday in the U.S., and live in the Philippines at 10 AM on Friday morning on the Hyper HD channel.

Also slated for the card is lightweight prospect Oscar Duarte (13-0, 9 KOs), of Parral, Mexico, against experienced Filipino Rey Perez (22-9, 6 KOs), who is coming off his own upset win over Christian Gonzalez in February.