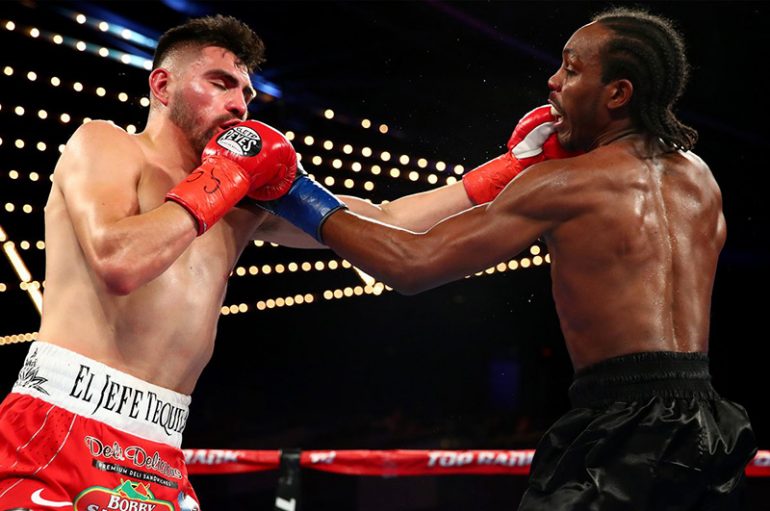 Unbeaten junior welterweight Jose Ramirez will have a new trainer in his corner when he makes the first defense of his WBC world title.

The 25-year-old boxer-puncher, who will reportedly face Danny O’Connor at the Save Mart Center in Fresno, California, where he happens to have a huge following, will be trained by acclaimed coach and former world titleholder Robert Garcia.

The unbeaten Ramirez, who resides in the farming town of Avenal, California, has worked with Freddie Roach since making his professional debut in December 2012. In what turned out to be Roach’s last fight as his trainer, Ramirez won the vacant world title belt with a 12-round unanimous decision over Amir Imam in March.

Garcia told THE RING he has been working with Ramirez for the past couple of weeks.

“His manager (Rick Mirigian) reached out to after his last fight and asked me if I had any interest in working with him,” said Garcia. “I had followed Jose’s career since before he made his pro debut. Top Rank has done very well in building his career and Rick Mirigian has done an excellent job in Fresno to make Jose a star in that area.”

“One thing about Jose that I like a lot is his work ethic. He’s one of the hardest workers I’ve seen. The fact that he won a world title and is still humble and trains hard is what I admire a lot about him.”

Ramirez had split time between California’s San Joaquin (Central) Valley and Hollywood, where Roach’s Wild Card Gym in located. According to Garcia, Ramirez is weighing up different living arrangements.

“Jose is actually looking for an apartment or a house to rent in Riverside (where Garcia’s gym is located).”

Garcia pointed to the many things both he and Ramirez have in common that will likely strengthen their relationship outside the ring.

“Jose is a very humble person,” said THE RING Trainer of the Year for 2011. “He loves to give back to his community and has spoken to politicians in Sacramento regarding the lack of water for farmers where he lives.

“His father works in the (agricultural) fields and my parents did the same thing in Oxnard. He has also spoken out in favor of these workers getting their (U.S.) citizenship.

“We both have a lot in common. I think our relationship will get stronger. I’m very excited to work with someone like him.”