Vasiliy Lomachenko’s ‘greatness’ is still in question, but Linares could provide answers 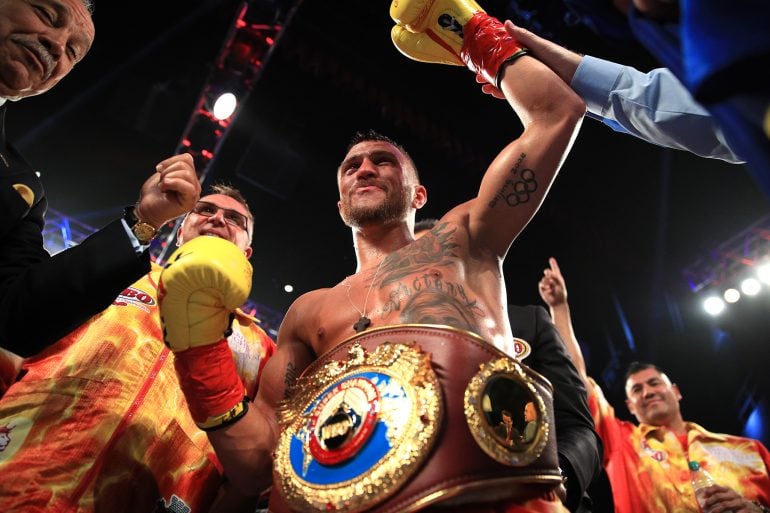 As Vasiliy Lomachenko walked off the stage Thursday at Madison Square Garden’s Chase Square, one reporter asked him a single question at what was a press conference without media availability.

“Do you think Jorge Linares’ size and his length will give you any problems in the fight, how big he is?”

“I don’t know,” Lomachenko answered in a hostile tone before storming off.

What many in the boxing world do figure is that Linares’ height (at least a three-inch advantage), his reach, speed, and how long he has campaigned at the lightweight limit will ask questions of Lomachenko that have not been asked of him, at least not since he took over the second half against an overweight Orlando Salido.

Just five years and 11 bouts into his pro career, Lomachenko already has the feel of a great fighter, with his two Olympic gold medals in 2008 and 2012 complementing his world titles in two weight classes.

Vasyl Lomachenko is so good, other promoters threaten to match their champions against him to keep them in line. He uses more angles than a rhombicosidodecahedron, and forced Guillermo Rigondeaux and Nicholas Walters, two fighters who specialize in breaking their opponents’ wills, to give up their undefeated records in the corner.

His fight this Saturday against the RING lightweight champion will take place in The Garden’s big room, an honor typically reserved for the biggest names in the sport, like Miguel Cotto and Gennady Golovkin. On Friday he became the fighter with the fewest number of fights to receive the “Sugar Ray Robinson Award” for Fighter of the Year at the annual Boxing Writers Association of America dinner. 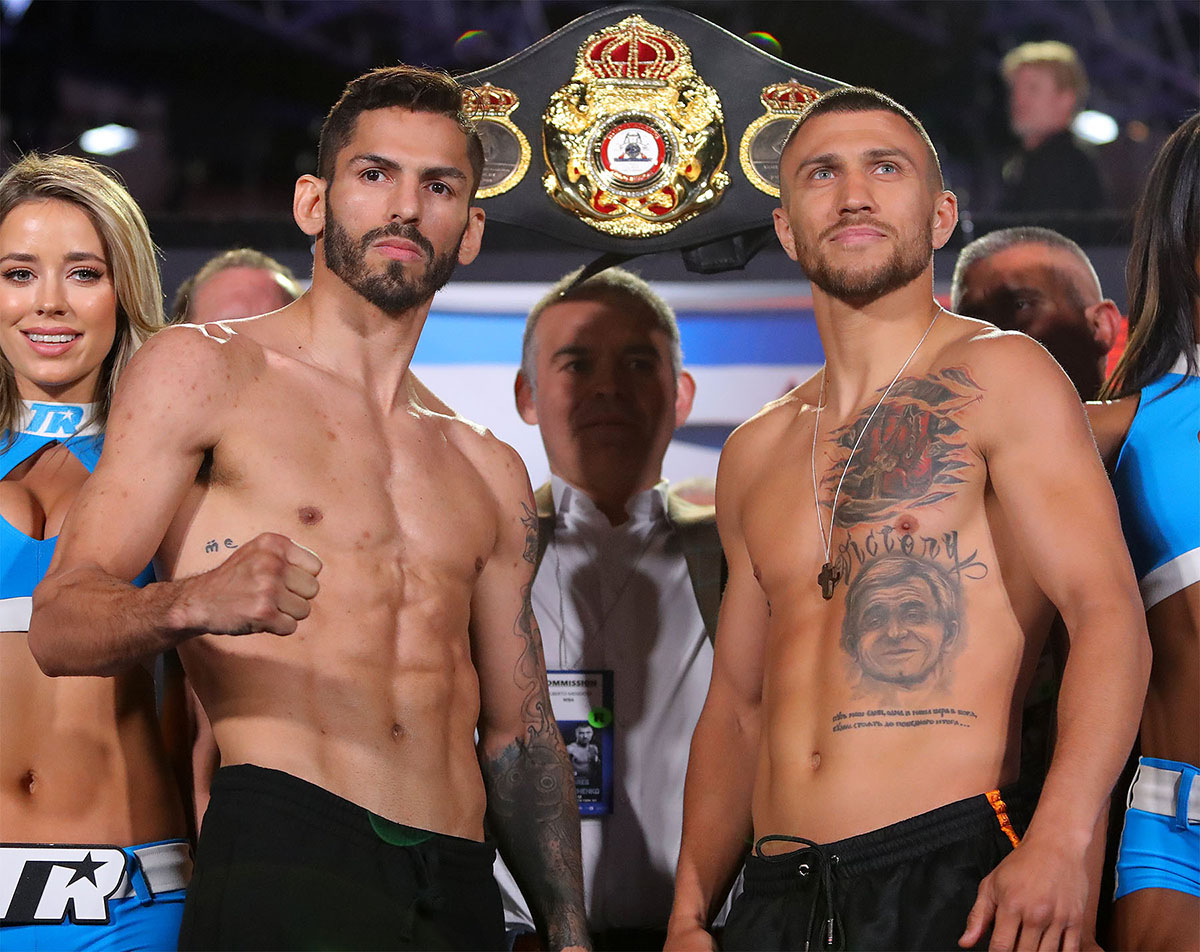 The Linares fight is the kind of test needed to boost a fighter’s credibility, to see if his glisten smudges under scrutiny. While his eye-catching ability has given cause for fans and the media to argue in favor of his greatness already, his anointment is still premature until he does what he does against someone who is already at the level of greatness.

Rigondeaux was great, but he was also smaller. Walters had been inactive for nearly a year before facing him. And give credit to Lomachenko — he hasn’t demanded recognition for his greatness the way Adrien Broner did after taking apart Antonio DeMarco in 2012, which truthfully has ended up as his best performance to date.

“The skills to box is not forever,” said Lomachenko, who has said he isn’t interested in killing time with tune-up fights. “History is forever.”

Lomachenko’s promoter, Bob Arum, knows how to make stars, having guided the careers of Oscar De La Hoya and Manny Pacquiao to international fame. He figures Lomachenko’s already on the right track, with his name recognition growing among general sports fans. It’s all a matter of putting him in the ring with the right opponents to test him against.

“You need opponents in major fights to establish your reputation,” said Arum. “Oscar didn’t do it himself, he had (Ike) Quartey, he needed (Julio Cesar Chavez Sr.), (Miguel Angel) Gonzalez — he needed all the opponents. Same thing with Pacquiao — he needed De La Hoya, he needed (Juan Manuel) Marquez, he needed (Erik) Morales. Hopefully those opponents will appear for Lomachenko to fight in big fights.”

Two opponents with reputations and name recognition ideal for testing just how real of a deal Lomachenko is are Mikey Garcia and Pacquiao. Pacquiao is by far more known and is among the most accomplished fighters of the century, and has won world titles in eight weight classes. He’s also an exciting fighter who mixes it up, though at age 39 has been on the decline for several years. 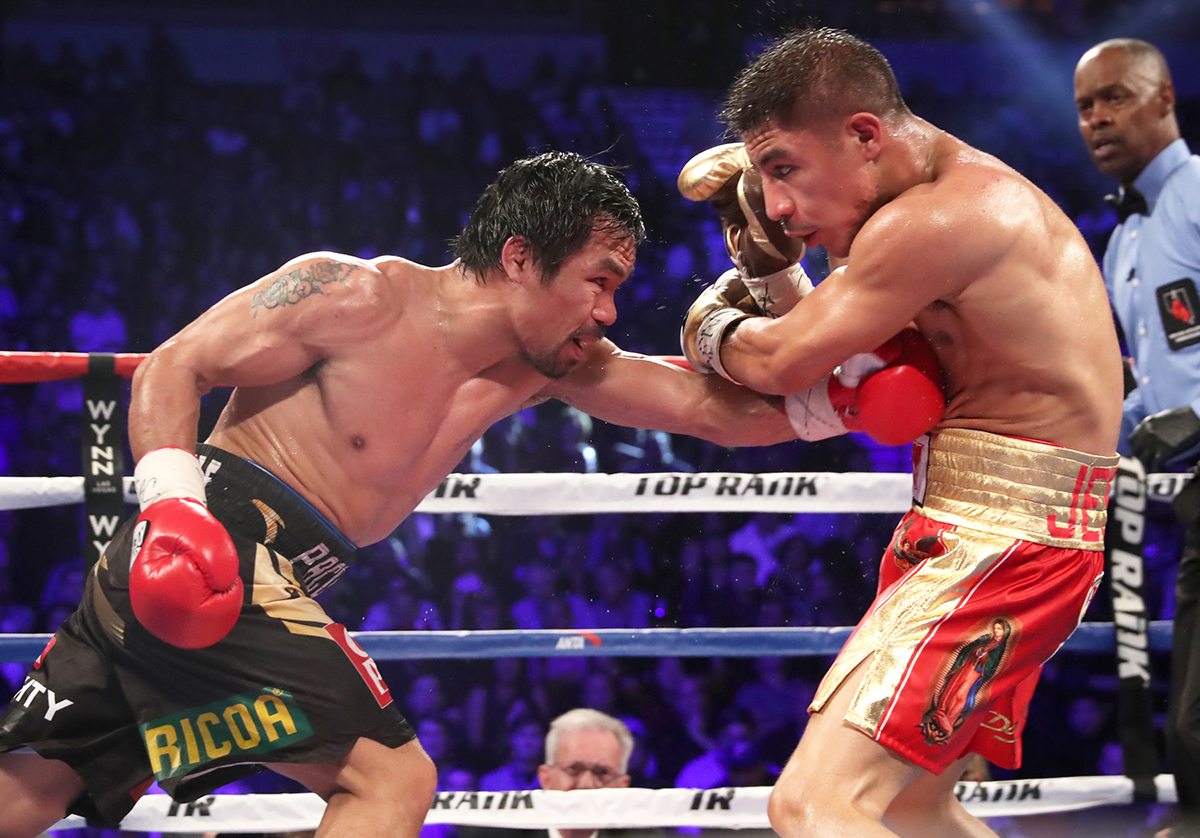 He’s already expressed a willingness to step down to the junior welterweight division, which is a more natural fit for him anyways, to make it happen.

“I think it’s about finding the right weight, catchweight,” said Arum, who says he and Pacquiao have reached an “understanding” about the fighter promoting his own shows.

“I’ve been talking to Manny and his people about that. I really hope that we’ll be able to get that fight done, maybe later this year.

Garcia, 30, took a path with some similarities to Lomachenko’s, defeating Orlando Salido for his first world title at 126 pounds and then, like Lomachenko, stopping Roman Martinez for his second belt at 130. Garcia has since won belts at 135 and 140, and is keen to drop back to 135 — his ideal weight class it’d seem — to defend his title.

Complicating matters for a unification fight (should Lomachenko pass his next test on Saturday) is that Garcia left Top Rank after filing a lawsuit, and is, according to Yahoo’s Kevin Iole, close to signing with Zuffa Boxing, an outlet run by the Ultimate Fighting Championship’s Dana White. 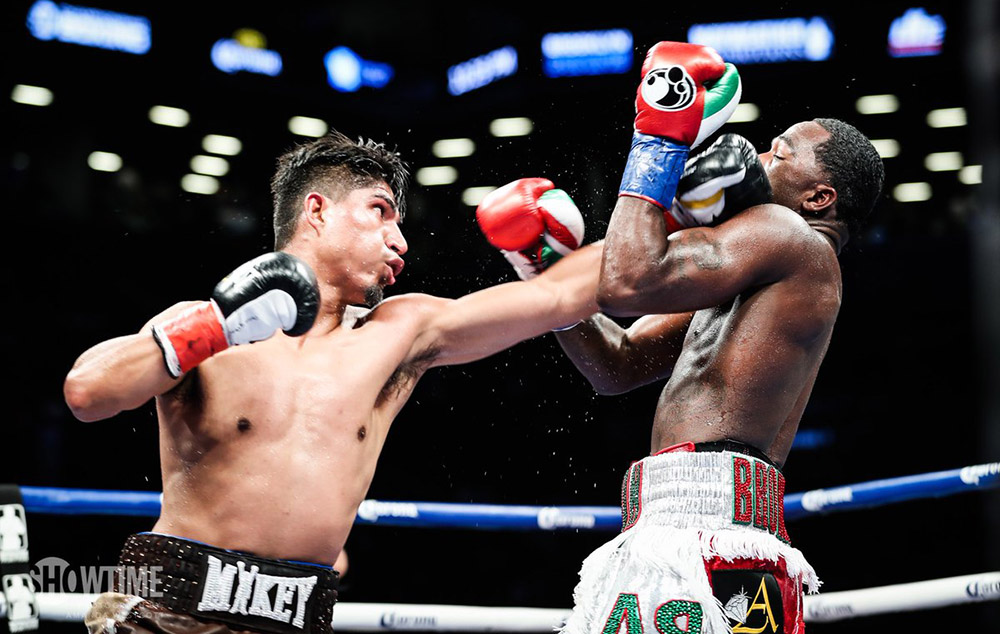 Arum has said that Lomachenko would “make a joke of” Garcia, a textbook-perfect boxer who is unbeaten at 38-0 (30 knockouts).

Arum has also discussed the possibility of having Lomachenko unify with Ray Beltran, the WBO lightweight titleholder who is in-house with Top Rank but is himself seen as a perennial underdog who finally got over the title belt hump in his last outing.

Terence Crawford would seem the only other fighter under Top Rank whose skills could match Lomachenko’s, but Crawford has already stepped up to 147 pounds, where he’ll challenge WBO welterweight titleholder Jeff Horn on June 9. That didn’t present any obstacle to Arum comparing and contrasting their in-ring styles.

“Lomachenko’s skill set is totally unique to the sport of boxing. That’s why people say, ‘Who’s the greater fighter, Lomachenko or Crawford?’ — both of whom are with Top Rank. And I would say that’s a tough question to answer.

“Crawford is a great, great fighter, probably on a skill level of a Sugar Ray Leonard and (Roberto) Duran and (Marvin) Hagler, but not particularly unique. Is he better than Leonard? Is Leonard better than he is? I don’t know.

Before any further praises can be sung, we must see what happens to Lomachenko once he gets dinged by a right hand to the jaw from a larger man, or how he reacts to being held at the end of a jab for seven rounds by a taller fighter, or any number of tests of adversity. Only once faced with vulnerability can a fighter’s greatness be measured.

If anyone understands that, it’s Linares. Linares had once been deemed the best talent the sport had seen in years, and then fell apart under adversity in three separate fights between 2009 and 2012. To his credit, he has won 13 straight, but the story of his career has already been altered from the original script.

We’ll likely have a better idea of just how great Lomachenko is after Saturday night.