Robert Arriaza: ‘I see myself as a future world champion. I’m earning my shot’ 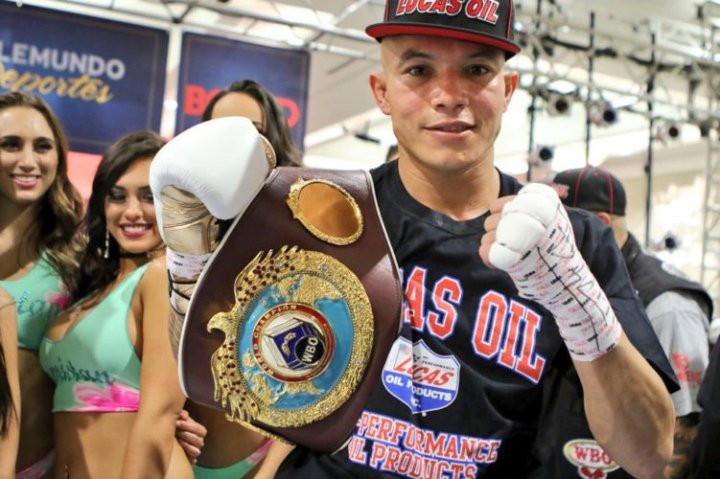 10
May
by Francisco Salazar

Welterweight contender Roberto Arriaza is eager to prove what he did against Sammy Valentin in his last fight was no fluke.

Arriaza will square off against Juan Ruiz Friday night at the Doubletree Hotel in Ontario, California. The 10-round bout will air live on ThompsonBoxing.com and on the Thompson Boxing Facebook page (11 p.m. ET/ 8 p.m. PT).

Arriaza (16-0, 13 knockouts) last fought on a Telemundo broadcast on Mar. 16, quickly dispatching Valentin at 0:20 of the opening round. It was Arriaza’s third consecutive first-round knockout.

“I went into that fight not thinking knockout,” said Arriaza earlier this week. “I never really predict knockout wins. I was planning to box him. I found Valentin to be a tough challenge. It just so happened that he opened up too much and I just started landing heavy shots, one after the other.

“Before I knew it, the fight was over.”

Arriaza’s recent success has not gone unnoticed by boxing’s sanctioning bodies. He is currently ranked No. 9 by the WBO.

The 28-year-old Arriaza recently relocated from his hometown of Masaya, Nicaragua, to the Los Angeles era to live and train.

“I like Los Angeles a lot,” said Arriaza, who is promoted by Thompson Boxing. “The weather is consistently good and you have all kinds of food options. I miss my family back home, but it’s nice to live in a peaceful environment.”

Arriaza believes he is a fight or two from fighting for a world title. A statement victory over Ruiz Friday night could serve notice to the other fighters at 147 pounds.

“It’s an excellent division with great champions. I see myself as a future world champion. (I’m) up there with those guys. With fights like these, I’m earning my shot at a world title.”

Ruiz (20-1, 12 KOs) is originally from Santa Teresa del Tuy, Venezuela and currently resides in Tijuana, Mexico. In his last bout, on Nov. 11, he was knocked out by Alexander Besputin in the seventh round.

Ituarte, who resides in nearby Santa Ana, has won his last 12 bouts. Carlson has dropped his last two contests.

Junior lightweight Michael Dutchover (8-0, 5 KOs) will square off against Mike Fowler (6-14, 2 KOs) in a six-round bout.