Joshua Greer Jr. turning his life around one punch at a time 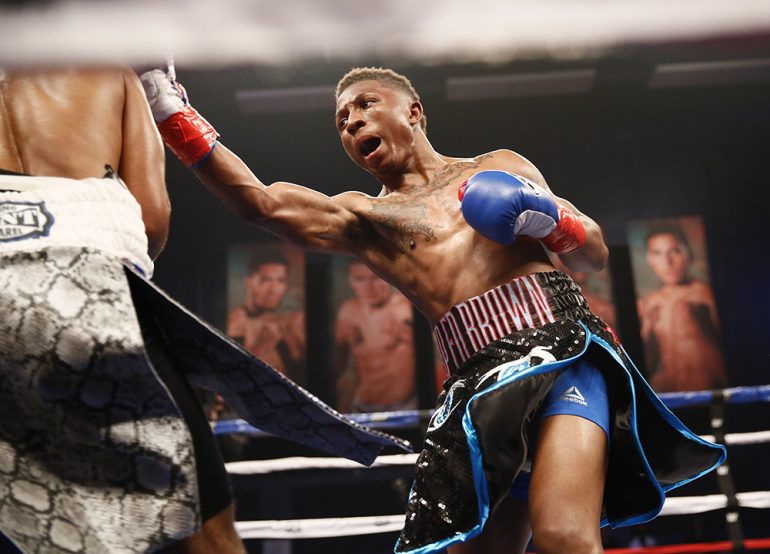 Photo courtesy of Showtime
10
May
by Joseph Santoliquito

Joshua Greer Jr. realizes he’s one whizzing bullet away from being anywhere right now, much less being in a boxing ring, fighting on national TV or seeing his kids. That’s the life the 23-year-old “Don’t Blink” once led. He’s not ashamed of it. On the rough streets of Chicago, when there’s no food and you’re living in cold darkness because the electric company shut off the heat, you do what you have to do to survive.

That’s what Greer was forced to do a few years ago. And take away the few inches between his head and that bullet one fortunate night, things would’ve ended there. 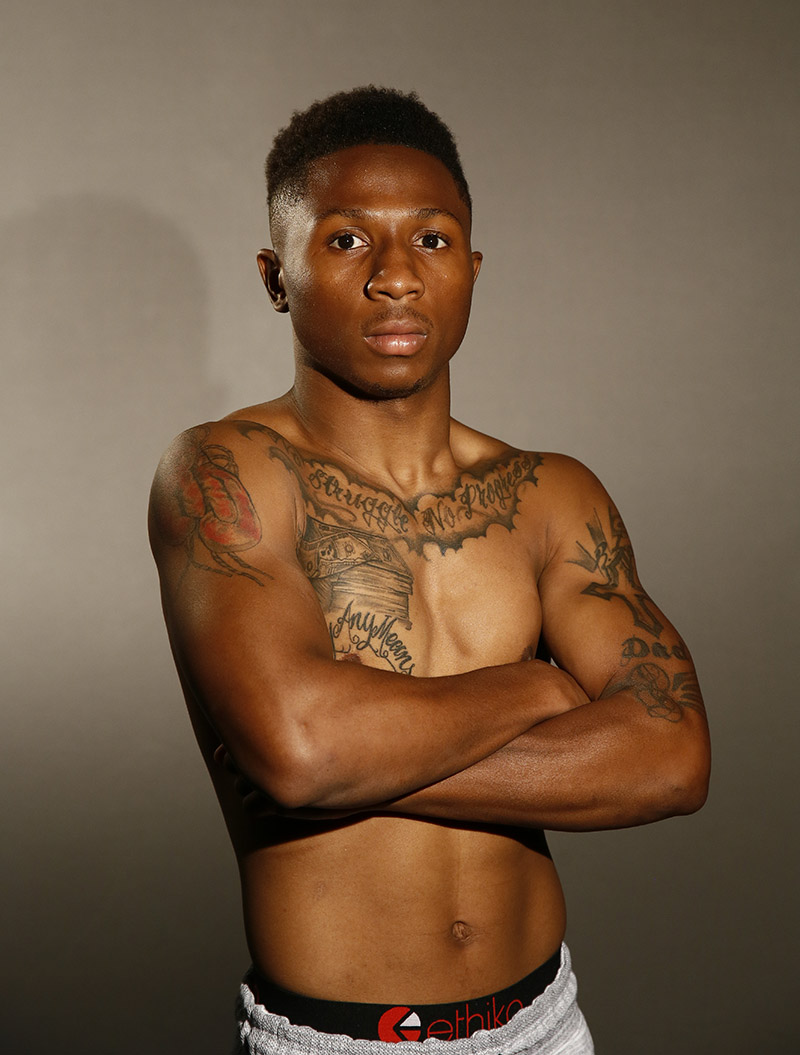 “Boxing saved my life,” Greer says. “My mother and my family are very proud of me, because they know where I’ve been and what I’ve been through. I lived a hard life growing up. There are a lot of guys I knew when I was a kid who aren’t alive, and if they are, they’re in jail. What I want to be for the younger kids of Chicago is someone that can give them hope that they can make it out.

“I was shot at, attacked, you name it. Now I don’t want anything to do with that way of life. I don’t associate with it, I’m not around it. I just know that everyone that knew me when I was living the street life gives me a lot of love. I can’t wait for fight night. Every time I look in the mirror, I thank God for even waking up.”

“I got Davila right out of there, while Dezurn had an eight-round war with him,” said Greer, who trains out of the Harvey Boxing Gym in Harvey, Illinois, and will be making his third appearance on ShoBox. “I know Dezurn is an average, come-forward fighter. I just plan on keeping my thing going and looking impressive. This fight won’t go the distance; I feel that good.”

Six months after Greer was born, his father was murdered, shot in the head six times, gangland-style. Joshua was introduced to boxing when he was 15 through his paternal grandmother, Gwendolyn. It started when Greer had a run-in with the law. He was locked up on a Monday and came home on a Wednesday. When he returned at 8 in the morning, he tried to make excuses to his distraught mother, Latoya, but she just sat on the living room sofa and lowered her head in resignation. Latoya’s father even told her to get rid of Joshua, put him up for adoption.

“My grandmother grabbed me right when I got home, and she said, ‘Boy, you have to do something with your time,’ and she drove me over to the Harvey Boxing Gym,” Greer said. “We filled out the paperwork that day and I started the day I got home from jail. It humbles you so much being in a place like the gym, because everybody could whip your ass.

“My first sparring session, I fought this southpaw, and he punched me so hard between the eyes that my eyes watered up. I took a beating and I learned. I was never punched so hard like that before, but I was determined to keep going back.”

Greer began winning national tournaments and trophies. He started building some self-esteem. Then a stumbling block came at the 2015 Golden Gloves when Greer knocked down an opponent who then somehow had his hand raised in the end. That was enough for a disgusted Greer to quit, from ages 19 to 21, and begin leading a different life.

“It was terrible,” recalled Greer, who has a 3-year-old daughter and 1-year-old son. “I did some illegal things and I had to make a dollar to provide for my kids. I lived the full street life. I robbed, sold drugs, I did everything. One day I was sitting in my car and someone spotted me and shot at me three times. The guy pulled up point-blank next to me, and one bullet flew past my ear. It was inches away.

“That’s how close it came from me not being here, boxing on TV, so my kids could see their dad. I’m grateful for where I am. I’m alive and fighting.”

In 2015, George Hernandez, Greer’s first coach, called him up to do some sparring. Greer had some downtime, so he showed up. “He told me, ‘I can’t see anyone beating you, you should turn pro,’ and that’s what started it,” Greer said. “I turned my life around. I decided that if I was going to do something, I was going to go 100 percent with it. From that point on, I have.”